Dvapara or Dwapara Yuga is the third Yuga described in the scriptures of Hinduism. In Sanskrit, Dwapara means "two ahead," or something in the third place. Dvapara Yuga follows the Treta Yuga and precedes the Kali Yuga. According to the Puranas, Dwapara Yuga ended when Lord Krishna returned to his abode of Vaikuntha. As per the Bhagavata Purana, the Dvapara Yuga lasted about 864,000 years.

There were only two pillars of religion during the Dvapara Yuga, compassion and truthfulness. Lord Vishnu assumed the color yellow and the Vedas were categorized into four parts, Rig Veda, Sama Veda, Yajur Veda and Atharva Veda. People in the Dvapara Yuga were desirous of achievement of the scriptural dharma which is prescribed to each class, valiant, and competitive by nature. They were engaged only in penance and charity. They were kingly and pleasure-seeking. In Dwapar Yuga, the divine intellect was ceased, and hence anyone hardly was wholly truthful. As a result of it, people were plagued by ailments, diseases and various types of desires. After suffering from these ailments, people realized their misdeeds and performed penance. Some also organized Yagya for material benefits as well as for divinity. 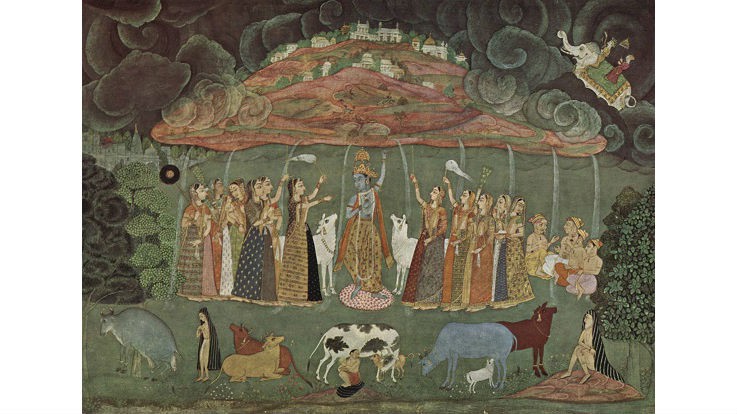 People in Dwapar Yuga started indulging in class differences. Everyone wanted to achieve scriptural dharma of the particular class.

In Dvapara Yuga, the diseases became more rampant, and the humans became weaker than their ancestors. 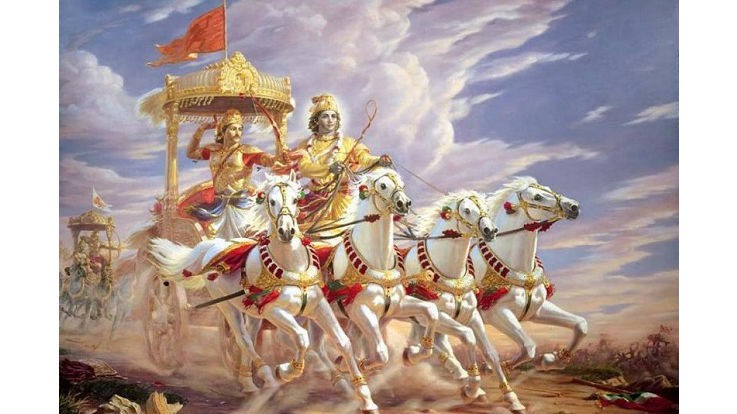 In Dwapar age, people become tainted with Tamasic qualities and weren't as strong as their ancestors. Diseases become rampant. Humans are discontent and fight each other. Vedas were divided into four parts. People still possessed characteristics of youth in old age. The average lifespan of humans was around a few centuries.

In Dvapara Yuga, the religious qualities of austerity, truth, mercy, and charity were reduced to one-half by their irreligious counterparts such as dissatisfaction, untruth, violence, and enmity.

In the Dvapara age, people were interested in glory and were very noble. They devoted themselves to the study of the Vedas, supported large families and enjoyed life with vigor.

The Supreme Personality of Godhead appeared with a dark blue complexion, wearing yellow attire. The Lord’s transcendental body was marked in this incarnation with distinctive ornaments, and he manifests his weapons.