In the Age of Kali, only one-fourth of the religious principles will remain. That last remnant will continuously be decreased by the ever-increasing principles of irreligion and ultimately get destroyed. In the Kal Yuga, people tend to be greedy, merciless, and ill-behaved. They fight with others without good reason. Unfortunate and obsessed with material desires, the majority of people in Kali-yuga are barbarians. In Kali-yuga, people worship the Supreme Personality of Godhead by following various regulations of the revealed scriptures. 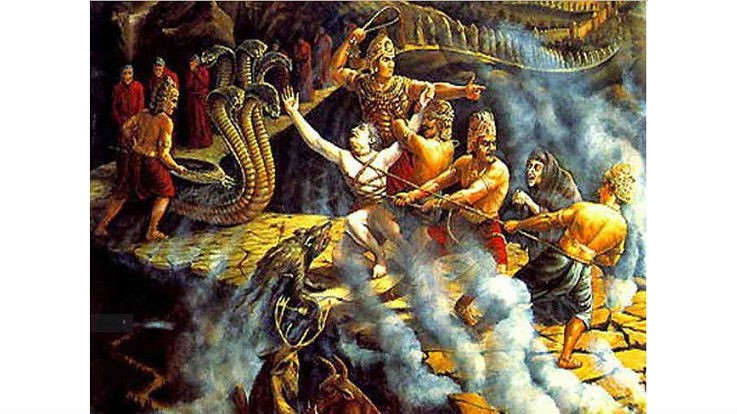 Kal Yuga is dedicated to the tenth avatar of Lord Vishnu named Kalki.

In Bhagavata Purana, there is a list of predictions and prophecies about the dark times for the Kal Yuga. The nearly accurate and amazing fifteen predictions were written 5,000 years ago by sage Vedavyasa.

In Kali Yuga, wealth will be considered as a sign of a man's good birth, behavior, character, and qualities. Law and justice will be applied only according to the one's power.

Men and women will live together merely because of superficial attraction, and success in business will depend on deceit.A person's spiritual position will be decided according to the external symbols, and on that basis, people will change their spiritual order.

A man's propriety will be questioned if he does not earn a decent living and one who is very expert at juggling words will be considered a learned scholar.

A person will be judged unholy if he does not have money, and hypocrisy will be accepted as virtue.Filling the belly will become the only goal of life. One who is audacious will be accepted as truthful. Those who can manage to feed their family will be regarded as an expert. The religion will be observed only to save the reputation.

As the earth becomes crowded with a corrupt and selfish population, whoever shows himself to be the strongest will gain political power. Troubled by famine, drought, and excessive taxes, people will start eating leaves, roots, flesh, wild honey, fruits, flowers, and seeds.

The citizens will suffer from cold, wind, heat, rain and snow. They will be further tormented by quarrels, hunger, thirst, disease, and severe anxiety.

People will become shortsighted, unfortunate, lustful and poverty-stricken. Children will no longer protect their elderly parents.

Despite all of these dark prophecies, there is one good quality in this age of Kal yuga, simply by chanting the names of Krishna, one can become free from material bondage and be promoted to the transcendental kingdom.

The departure of Lord Krishna in 3102 BCE marked the beginning of Kali Yuga.

Religion, truth, cleanliness, tolerance, mercy, duration of life, physical strength and memory will decline gradually because of the influence of the Kali. The predictions regarding ignorance of religion and animosity among the people will turn real.

It is said that with each yuga the quality of life and humanity degrades. As the end of the Kali-yuga comes near, a divine power will appear on earth to restore the dharma, and Satya Yuga will commence once again.