The beautiful city of Agra is situated in the northern part of India, on the banks of River Yamuna. It is a credit to the picturesque beauty and serenity of this city, that it is one of the most populous city of  UP. It will only be justified to admit that Agra, today, is also one of the most popular cities of India. It has been a centre of attraction for people since the beginning of times. 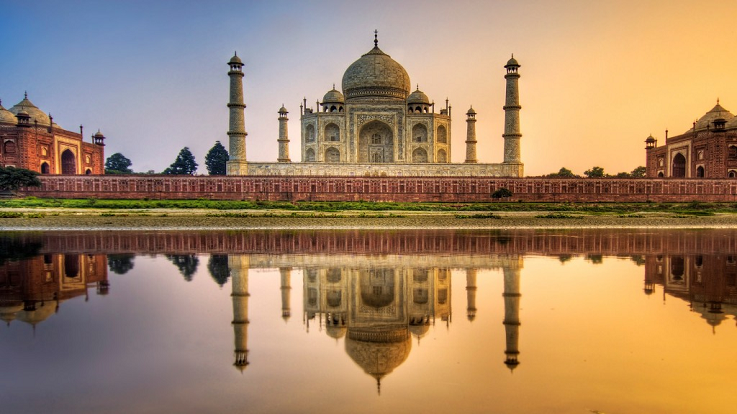 History- It is believed that Sikandar Lodi founded the city of  Agra in 1504, when he shifted his capital from Delhi to Agra. The city had been a witness of the merciless assault of Mahmud Ghazni and also the tender care and nurture of Mughal rulers. It was indeed, during the Mughal era that Agra, then Akbarabad, was glorified and ornamented by the beautiful forts, that are till date, it’s most prized possessions.  Akbarabad, though named after the great Mughal ruler Akbar, it first became the capital of Mughal ruler Babar, after he defeated Ibrahim Lodi in Battle of Panipat. It was later under the influence of Maratha rulers, when the city got its present name- Agra.

The city of Agra, being the capital of Mughal Empire, has enjoyed growth in all spheres. It has been the nerve centre of arts and commerce, soul of music, and the heart of multitudes of religious teachings. Though, being mostly inspired by the Mughal rulers in its past, Agra, now, shelters the followers of Hinduism, Islam and Jainism alike.

Adornment of Agra by Mughals-

Babar gifted this city with the Garden of Relaxation, also known as “Aram Bagh” or “Ram Bagh”. Being self explanatory, it was named so because the Mughal Emperor visited this place in his leisure and as the belief goes, he eventually died here.

Shah Jahan is known to have an inclination towards architecture. He gifted the city the awe-inspiringly beautiful, Taj Mahal, a mausoleum that is a realization of the ethereal idea of “Immortalizing of Love”.

Akbar has ensconced the beautiful Agra Fort and the very daunting in its presence, yet beautiful, Fatehpur Sikri.

Fascinations- Agra, today, is home for three UNESCO World Heritage Sites and also one of the Seven Wonders of the World. Hence it is only justifiable to understand that tourism has been the main source of economic growth of this city since bygone era. But due to the influence of Mughal lifestyle, carpet work, Zari and Zardozi (embroidery work) has been famous in this city. Agra is also famous for its leather work, can be found in Taj Leather world at Sadar Bazar. While Fatehbad road  is an enticing place for the lovers of carpet work,  Purani Mandi also remains a must-visit place for the admirers of  Indian handicrafts. The Petha and Gajak (sweets) of Agra is celebrated all over India and probably across the globe.

Taj Mahal-  The beautiful fort of Taj Mahal is a treat for the beholder. A UNESCO World Heritage Site and one of the Seven Wonders of the World. This is a masterpiece of symmetry, looks identical from all four sides. It was built by Mughal ruler Shah Jahan in the memory of his beloved wife Mumtaz. This mausoleum was built over a period of 22 years and engaged over twenty thousand workers.

The most elegant dome has a diameter of 60 feet, beneath which lies the tomb of Mumtaz and Shah Jahan (built later by his son Aurangzeb). Verses of Holy Quran are inscribed on the beautiful marble walls of Taj Mahal. And it is ensconced between the breath taking landscaped gardens built by Persian architect Ustad Isa. The complete site in itself is very mesmerizing.

Agra Fort-  Also a World Heritage site, is sometimes known as the Red fort of Agra. It was built in 1000 and was renovated by Akbar  later(as written on a stone tablet on the gate of fort state). 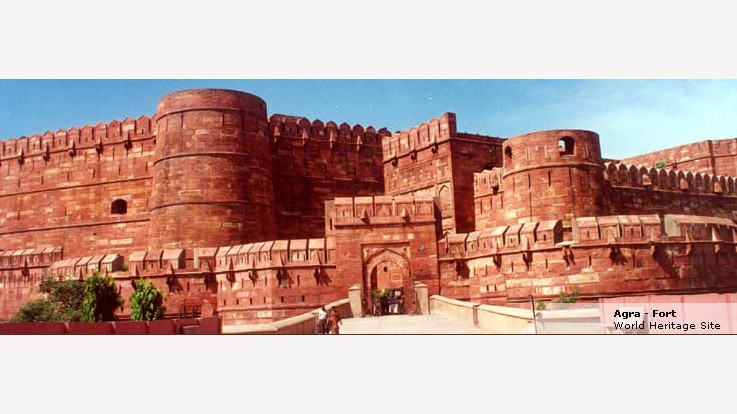 The notable buildings in the fort are the Pearl Mosque (better known as Moti Masjid), Diwan-e-‘Am, Diwan-e-Khaas (halls of public and private audience), Shish Mahal, Khaas Mahal. In the exterior of the fort stands a statue of  Shivaji, which holds its own story in the pages of history.

Fatehpur Sikri- As hinted by the name, Fatehpur Sikri is a memoir built by Akbar in the namesake of the historical victory (or Fateh) of Mughal emperor Babar against brave Rajput warrior Maharana Sanga in the city of Sikri. 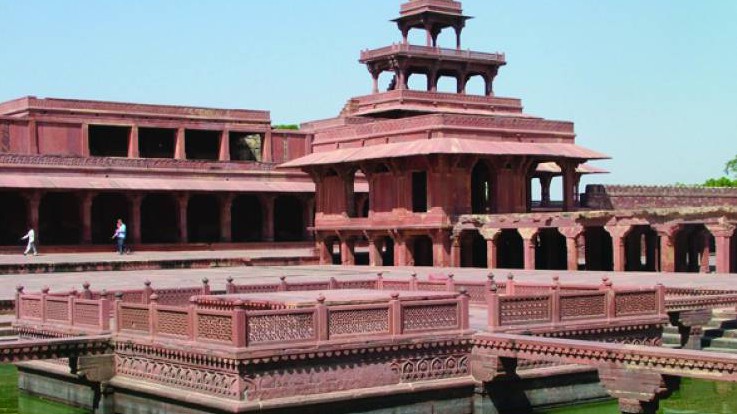 The Buland Darwaza (the lofty gates): It was built by Akbar in 1601. The inscription on this gate is, yet another reminder of the liberal and secular nature of the Great Emperor Akbar.  It sports a message of Jesus that advises the humanity not to consider this world as a permanent home.

Other beautiful monuments that stand erect on the land of Agra are:

Guru dwara or guru ka Taal, Jama Masjid,  Mankameshwar Temple, Chini ka Rauza, Garden of Relaxation, Mariyam tomb etc are some other places that are very elegant in their own nature and leaves a man transfixed with their ethereal beauty.

In short, the city of Agra is sheer serendipity. The visitors are left breath less and at the want of word at every beautiful fort that stands tall in the city. A magic realized- is the city of Agra!