The Oldest City of India - Varanasi

The city of Varanasi or Banaras, also called the cultural capital of India, has great historical and religious significance. Hindus hold the ancient city of Kashi in great regards for reasons more than one. The city of Kashi, now Varanasi, in Uttar Pradesh, is believed to be the “Moksha Dhaam”, i.e. it is believed to have been blessed by the Almighty. Hindus believe that a person who breaths his last in Kashi, is blessed with eternal salvation, thus freed from the tormenting cycle of birth and death. This has attracted people from all over the world to this place.

River Ganges, believed to be a goddess, often revered as a mother, flows across this city in its mighty form. From the tresses of Lord Shiva, Ganga descends on this earth and absolves the sins of everyone, who comes to her for penance. This gives the river her name as Paapnasini. 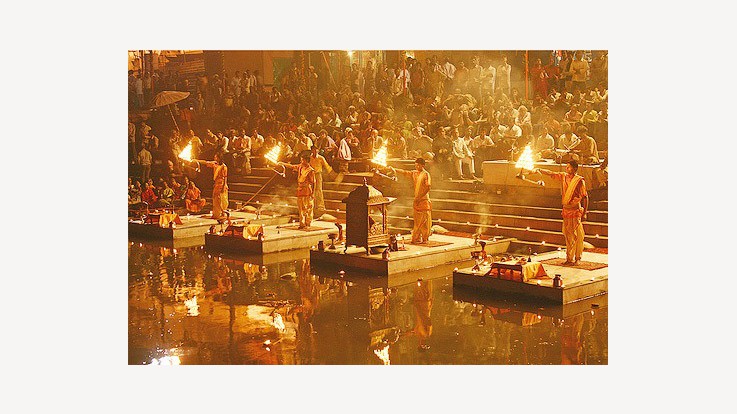 Kashi is also the holy land to have Vishwa Nath temple of Lord Shiva. It is one of the twelve “jyotirlingas” of  Lord Shiva present on Earth(according to Hindu mythology). The holy city of Kashi, thus becomes an adored location for all the followers of Sanatan dharm who believe in the cult of Lord Shiva. It is called as Shiv ki Nagri (city of Shiva) in Rig Veda. Some believe Kashi to be the abode of Lord Shiva and Parvati, hence a pilgrimage of utmost importance for the devout Hindus.

Kashi also has a temple of Lord Hanuman, a staunch devotee of Lord Rama (believed to be an incarnation of Lord Vishnu). But that does not, at the least, encapsulate the myriad of visitors the city witnesses regularly.

Varanasi is also believed to be the birth place of  Parsvanath, the twenty third Teerthankar of Jains. Lord Buddha, after attaining salvation, delivered his first sermon, “Turning the Wheel of Law”, in Sarnath, a small distance from Varanasi. This has also attracted Buddhists from all over the world to this city. In fact, Varanasi is the world’s oldest continuously habituated city.

Besides being the home for a plethora of religious and cultural people, Varanasi has always seen trade, art and crafts, education and mysticism flourish in its land. Varanasi is renowned for its silk, muslin, gold and silver brocades, ivory works, perfumes and sculptures. From Tulsidas of the bygone era, the sage who wrote Ramcharit Manas, on the banks of river Ganga in Kashi, to Munshi PremChand of modern time has lived in this city.

The present city of Varanasi has a temple erect for the namesake of sage Tulsi Das and his revered book, called the Tulsi Manas Temple. Kabir, one of the most outstanding saints of Bhakti cult in Hinduism, has also been affiliated to this city. It is also believed to be the birth place of Ayurveda and Sanskrit. Maharishi Patanjali from this city, revolutionized the science of medicine by developing techniques like plastic surgery, cataract and calculus operations. The scientists marvel his brilliance and are awestruck by his dexterity and research till this date. It is believed that contemporary skills in these fields were originally adapted from there and honed later. Many elites in the field of dance and music also come from this place.

The glory of Varanasi was escalated during the reign of Mughals.  Emperor Akbar built two grandeur temples for Lord Shiva and Lord Vishnu. Kashi has nurtured in its bosom devotees of both Vaishnavism and Shaivism cult. Road links were established from Kolkata to Peshawar by Sher Shah Suri, which later came to be known as The Grand Trunk Road (during British rule). This enhanced the flow of trade in and out of the city. The Banarasi silk has been a paragon since time immemorial. 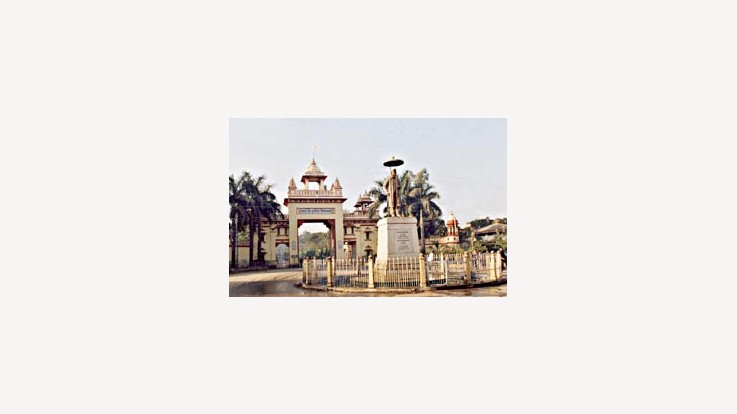 Though mostly known as a Hindu pilgrimage, renowned as a center for attainment of salvation through penance and obeisance to Lord Shiva and Ganga, contemporary Kashi is home for ardent devotees of other religions as well. In Kashi, many religions such as Islam, Jainism, Buddhism has blossomed together with Hinduism and with them, blossomed the city, in perfect harmony.

River Ganga flows with its elixir, which is a rejuvenator and revitalizes the environment.  Mark Twain said about Varanasi, “Benaras is older than history, older than tradition, older even than legend, and looks twice as old as all of them put together.” Indeed, it is a heritage to be protected and glorified. A city as beautiful and diverse as Varanasi is an opportunity for a trader, a gurukul for a student, an elixir for the weak and exasperated, and a quintessential bliss for the acetic. In all of these cases, this city is as divine as its name, Shiv ki Nagri, and a treasure to be preserved till the end of time.