India as a country offers tourists a chance to experience and explore different facets. Each region in the country sings aloud its own culture and story. One such experience is being a part of the Van Mahotsav, as the name suggests Van means forest.  The people of India pay a lot of respect and heed to the trees as a religious element and environmental one too. Therefore, to aid both the purposes, Van Mahotsav is celebrated in India. K. M. Munshi, the then Union Minister for Agriculture and Food in the year 1950, started the idea behind the festival.

The main aim behind starting up the festival is to create interest and awareness among masses for forest conservation and planting trees. The festival is organized in July first week starting from first of July to the 7th of July. In this week, millions of trees are planted all over the country. The first ever festival was organized in the national capital in the year 1947. The Mahotsav was started as a crusade to save the mother Earth. However, unfortunately the festival has become more ceremonial and ritualistic. No care is taken of the planted tree saplings after the festival is over. 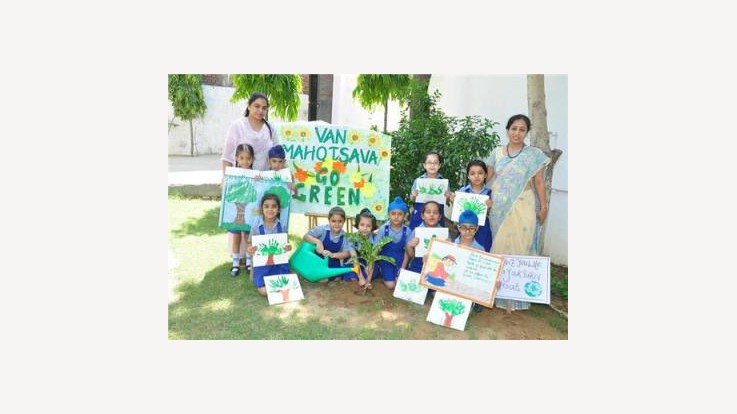 The Van Mahotsav has been celebrated with a lot of zest and fervour in the central part of the country in Madhya Pradesh. The festival is also known as the festival of life. All the major cities in the state like Gwalior, Bhopal, Indore, Jabalpur, etc. celebrate it with zest. Madhya Pradesh covers more than 20% of the forest cover in the country and the Van Mahotsav helps to improve the situation. The trees are planted around the railway lines, wastelands, swamps, forests, offices, houses and even the periphery of lakes.

Each year plants that get easily adapted to the local regions have a high survival rate. Another benefit of planting the local trees while supporting the birds, insects and animals of the respective eco-system. The state governments, villages, panchyat bodies, colleges, academic institutions, scouts and guides, defence units and resident welfare associations, Joint Forest Management Committees all join in this movement. 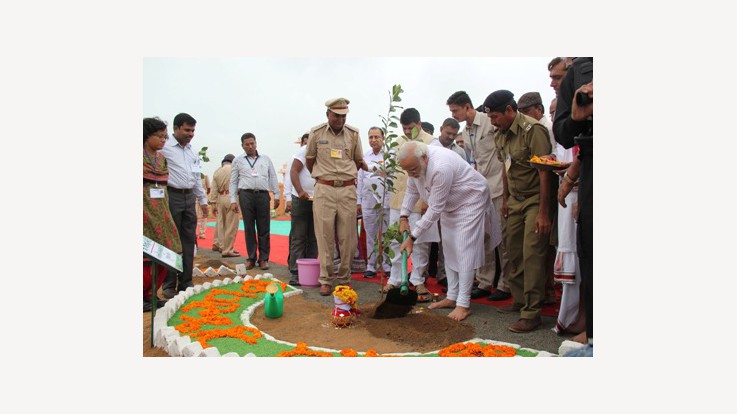 Free saplings are distributed all over the country by the forest department and the state departments. Out of the saplings planted, more than half the percentage dies due to grazing, intense heat, pollution and neglect. Yet the Mahotsav is a great way to protect the green cover.

A number of competitions like painting, poster competition, awareness drives, Marathons, ad making, tree planting and much more are conducted to keep the local people involved in the act. A number of short films and documentaries are framed at the Van Mahotsav to create awareness and spread the importance of the festival. Seminars and Exhibition have been also organized by a number of organizations and the government to encourage participation in the festival.

This year the 63th Van Mahotsav was celebrated in the state capital and the Honourable Prime Minister Narender Modi dedicated the festival this year to the Tribal people living in the area. The festival was held at the Govind Guru Smriti Van, to commemorate social and religious reform is by planting 1,507 trees. The number was chosen as 1,507 tribals were killed in the freedom struggle against the British in 1913.