Govardhan Puja is also known as Annakut, which means heap of grain. The festival is also known as Bali Pratipada. The festival is marked to celebrate the victory of Lord Krishna over Lord Indra.  The festival generally falls four days after Diwali. The day is celebrated on the first day of bright fortnight also known as Shukla Paksha falling in the month of Kartik.The story behind the festival states the episode of Lord Krishna’s childhood episode where he protected the cowherd clan of Vrindavan from Lord Indra’s anger. Little Krishna humbled Indra in the process.  All the cowherds, children and people in the villagers surrounded Krishna. Amazed by his accomplishment they offered a scrumptious feast to Krishna. Thus, the tradition came to be known as Annakoot.

Idol made of cow dung

An effigy of Lord Govardhannath is created using the cow dung. The tradition has been followed since ages. Annakut is offered as Prasad or blessings. The Govardhan Mountain has an importance religious significance in Bhagwad Gita as it says that Lord Krishna worshipped govardhan parvat in Brij on the Pratipada Kartik Shukla Paksha, rather than worshipping Lord Indra.  This is the major reason why Govardhan Mountain or parvat is worshipped on the next day to the auspicious Diwali festival. On the festival, other gods like Agni, Varuna, and other devas are worshipped along with Lord Govardhan. On the day, cows are worshipped with dhoop, incense sticks, sandalwood, flowers etc. The festival is a major event in Mathura and Vrindavan as it is the birthplace of Lord Krishna. 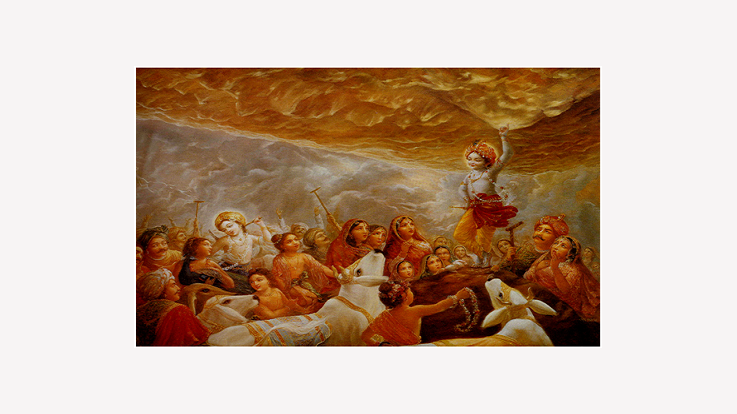 The festival is observed to commemorate the Govardhan Mountain or Parbat that has helped to save the lives of many people through critical rains. It is belived that the people of Gokul worshipped Lord Indra, the rain of gods. However, Lord Krishna made a huge impact on the people of Gokul by propagating the importance of Annakut hill or Govardhan Parbat, as he believed that it was the main god who was nurturing and safeguarding them. Therefore, the people in Gokul started to worship the mountain instead of Lord Indra, which made him angry and it started to rain too much in Gokul.  Lord Krishna came as the savior by lifting the Govardhan hill at his little finger. The Mountain sheltered all the people of Gokul under it. In this way, Lord Krishna became the savior of city.  The festival is celebrated to pay homage to Govardhan Parbat. Govardhan puja festival is also being celebrated as the Annakut.

In Maharashtra, the day is celebrated as Padva or Bali Pratipada. The folklore states that on this day Lord Vishnu defeated and pushed the demon king Bali to Patal Lok in the form of Vamana, this was an incarnation of Lord Vishnu.

Gudi Padwa is celebrated on the same day as Govardhan Puja and it has a special significance in the Hindu families. On the day, wife applies tilak on the forehead of her husband and garlands him praying for his long life. Then the husband showers his love by gifting his wife. The festival celebrates the love and devotion between the wife and the husband.

How to celebrate the festival? 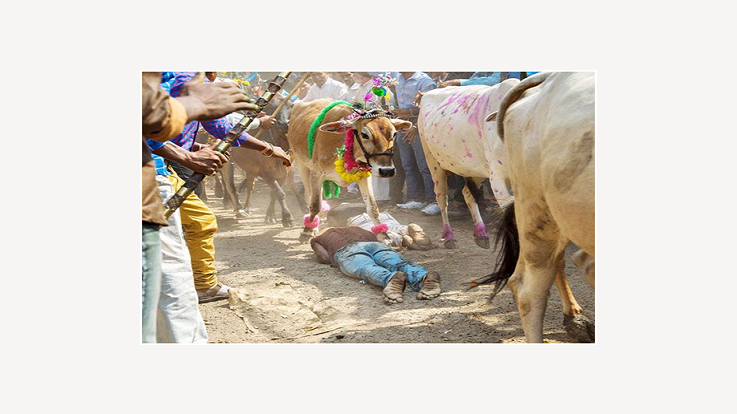 Govardhan Puja is believed to bring prosperity, fortune and wealth to the house. A Govardhan mountain made out of cow dung is created in the courtyard of the house. It is believed auspicious to serve cow on the day. The cows are rinsed in the morning and then decorated with rice, garlands and saffron. The cows and bulls are decorated on the festival.  The cow dung mountain is worshipped using Kheel, sugar toys and Batashe. Govardhan Puja is celebrated with great joy and enthusiasm in Vrindavan and Mathura. 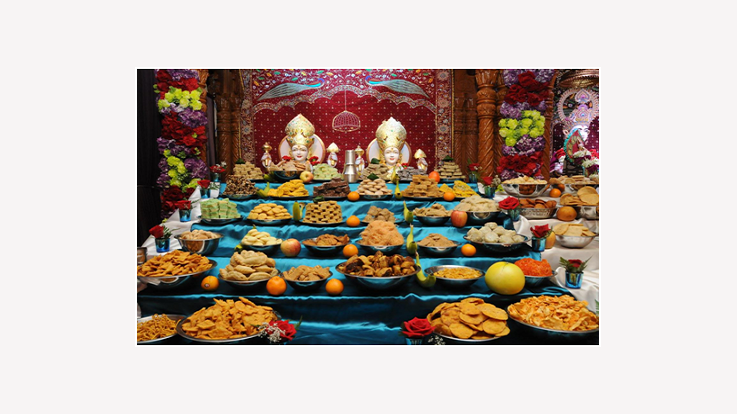 While on the Annakut festival, a food using 56 different kinds of grains and vegetables are used to prepare the Prasad known as Chappan bhog. Annakut is celebrated as a thanksgiving ritual to Mother Nature. The legends believed that celebrating this festival will bless the person and the family will never face lack of food. The family will have the grace of Goddess Annapurna.  On this day, the food is cooked in the common kitchen and the whole family eats together.The festival is celebrated in Haryana and Gujarat as New Year or Vikram Samvat. In many other parts of the country, the day is celebrated as Vishwakarma Puja. On this day, manufacturing units worship tools of daily life.