Darshavela Amavasya also known as Pushya Amavasya is celebrated on Amavasya day in the auspicious Hindu month of Pushya. The day is pertinent to conduct Tarpan and Shradh for dead ancestors. The charity performed on Pushya Amavasya helps to lessen the intensity of Kaal-Sarp dosha and Pitra dosha. The entire Pushya month is known as the month of Saubhagya Lakshmi. Hence, worshipping Dhana Lakshmi (Goddess of wealth) and Dhanya Lakshmi (Goddess of food grains) can bring prosperity and happiness. Paush Amavasya or Darshavela Amavasya is considered highly significant.

Once, the humans settled in the valley of Yakshas. They were often dreaded and attacked by the Yakshas. When the humans pleaded for peace, the Yakshas, in turn, demanded that the humans should treat them with a delicious meal of meat on the coldest days of the year and in return, they shall desist from troubling them. People agreed to their demand as they wanted to live in peace. Since rice mixed with lentils is an equivalent of meat food, the tradition continues even after generations for settling in other regions. On Darshavela Amavasya or Pushya Amavasya, the households prepare yellow colour rice cooked with lentils and offer it to the Yakshas.

Devotees who want to perform Shradh on Darshavela Amavasya to evade off Pitru dosh need to invite the priest either on the banks of a sacred river or a temple to perform the rituals for the deceased ancestors and Pinda Daan. It is highly beneficial to feed cows and other animals on this day. The Saubhagya Lakshmi Puja is performed on this day to attract wealth, health, and happiness. Take a holy bath in the morning, set up the altar and place the image of Goddess Saubhagya Lakshmi on a red cloth. Keep Nine coins on it duly decorated with turmeric paste, sandal paste, vermilion and flowers in a plate. Perform Lakshmi puja by offering flowers, Prasad, incense and yellow rice. Keep a fast for the whole day and conclude it after sunset to invite the blessings of Goddess Saubhagya Lakshmi.

Fasting on Darshavela Amavasya is believed to be highly beneficial since it would please the ancestors as well as Goddess Saubhagya Lakshmi. From sunrise to sunset, eating anything is prohibited. If strict fasting is not feasible, then devotees can consume juice and milk along with the fruits. Desist from evil thoughts and acts including falsehood. In the evening, devotees perform the Puja before concluding the fast. 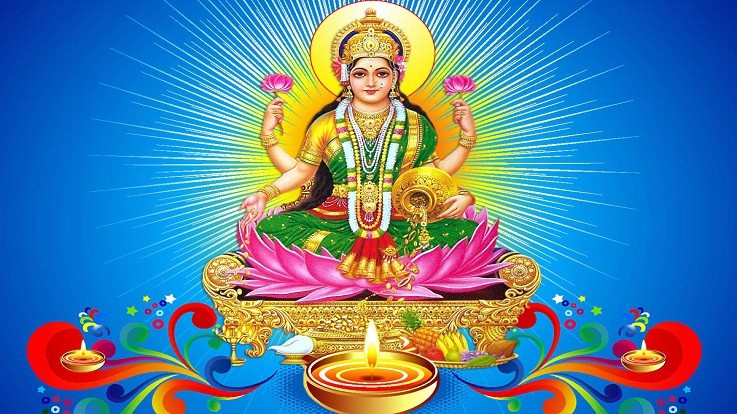 Devotees perform Darshvela Amavasya Puja to seek the divine blessings of Goddess Saubhagya Lakshmi and Lord Vishnu. The puja offered on Darshavela Amavasya helps to relieve the ill effects of Pitru dosh, severe illnesses, and clearing of obstacles in life. It also helps to gain wealth, happiness, and peace in the family. Charity of food and clothes fulfils all the aspirations of the individual. Lord Vishnu and Paushya Lakshmi showers indestructible wealth, peace and prosperity to the devotees.