Kancheepuram Temple is located in the state of Tamil Nadu, the Kancheepuram temple is also known as Kanchi Kailasanathar temple. It is said to be the oldest structure in Kancheepuram. It resembles the Dravidian architectural style. This temple is dedicated to Lord Shiva. It was built by the Pallavas in the early 8th century. The great Vimana is its specialty. This temple was built by Pallavas King Narasimhavarman II. We can see plenty of sculpture work on and around the temple. Shiva in the form of Natraja is shown in the various segments of the temple. While counting the best architectural wonders kailasanthar temple is undoubtedly one of it. 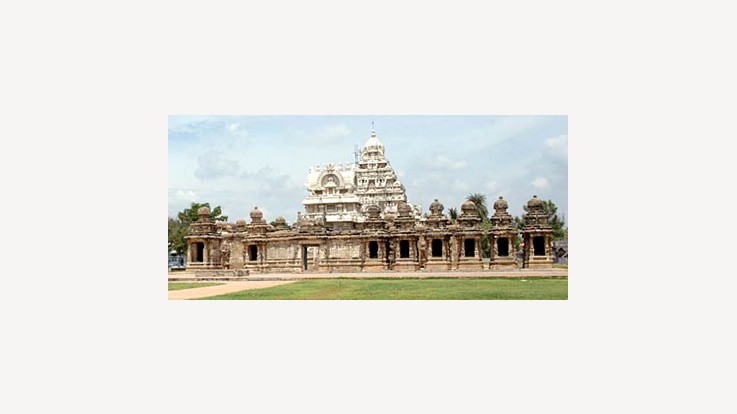 The temple of Kancheepuram was built by the Pallava dynasty.  The temple was built during 685-705AD. It is the first structural temple built in South India. Prior temples were either built of wood or hewn into rock faces in caves or on boulders, as seen in Mahabalipuram.The Kailasanathar temple became the trend setter for other similar temples in South India. According to local belief, the temple was a safe sanctuary for the rulers of the kingdom during wars. A secret tunnel, is there in the temple which was used to escape during wars.

It is one of the oldest structures in Kanchipuram and the finest example of Pallava architecture in South India. The whole structure is made up of sandstone.The temple is full of so many beautiful sculptures of Lord Shiva in the form of Nataraja. The fresco paintings embellish the inner walls of the temple. The temple holds the uniqueness in its architecture and is viewed more as an architectural wonder than as a holy place. The temple complex has a shikara (tower) in the center. The pillar elements with mythical animal shapes (lions on the base) add more uniqueness in the temple. At the entrance, the gopuram walls are plastered. Its entrance wall has eight small shrines and a gopura, precursor to the main gopura. The temple is enclosed within walls in a rectangular layout. 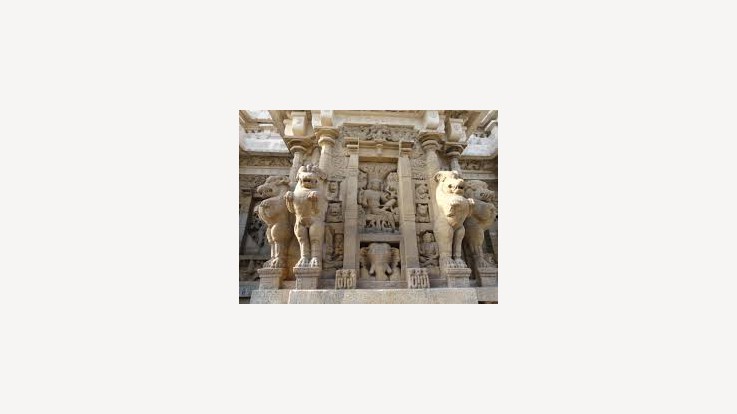 Fragments of 8th century's mural art are still visible reminder of the temple's architecture.The walls and the vimanam of this temple are filled with great art works in form of paintings and sculptures.Perhaps it is the most beautiful temple in Kanchipuram. Currently the temple is well maintained by the Archaeological Survey of India.

Rail :There is a Direct train from Chennai to Kancheepuram

Road : Kailasanathar temple is situated west side of kanchipuram. It is 3 Km from kanchi bus stand and 2.7 km from railway station. Somehow there is no local bus service in kanchipuram. Auto rickshaws can also be taken to the temple.