OverviewKubera's house was believed to be the abode of Adi-Lakshmi, the goddess of wealth who gave him immense wealth, making him the keeper of riches. Kuber also credited money to Vishnu for his marriage with Padmavati. Those who worship Lord Kubera with devotion definitely gets his blessings. He faces Northern direction. He is looked upon as the guardian of the North. His characteristic symbol is the mongoose which is often shown vomiting jewels. His right foot is generally pendant, supported by a Lotus-flower with a conch shell. Kubera is the king of the Yakshas and the Lord of wealth. Kuber is the son of Sage Vishrava and the elder brother of Ravana. He is said to have performed austerities for thousand years. Hence, Lord Brahma gave him immortality and made him the god of wealth, guardian of all the treasures of the earth. 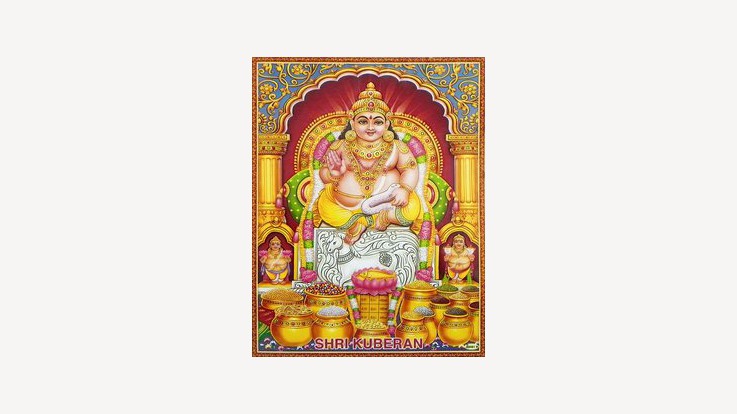 Kuber Puja Ritual: Kuber puja is usually performed on Thursday. Clean a wooden plate and draw Kubera Kolam with rice flour. Draw a square Kolam and in each square write the numbers. Take 9 coins and put each coin on the number with the coin value facing the number. Offer red coloured flower on each coin. Lit a small light and fragrant vathis and sambranis. Chant the mantras for 11 times. Once the pooja is completed, take the coins and keep it safe. Take the same coins and perform the puja next week and continue the same with the same coins. This will eradicate all the money related worries and there will be a uniform flow of cash. The unique feature of this Kolam is the number 72 (7+2=9) which should come in all the sides if we add the numbers from each and every side (vertically, horizontally and also diagonally). The Number ‘9’ is considered auspicious for Lord Kuber. 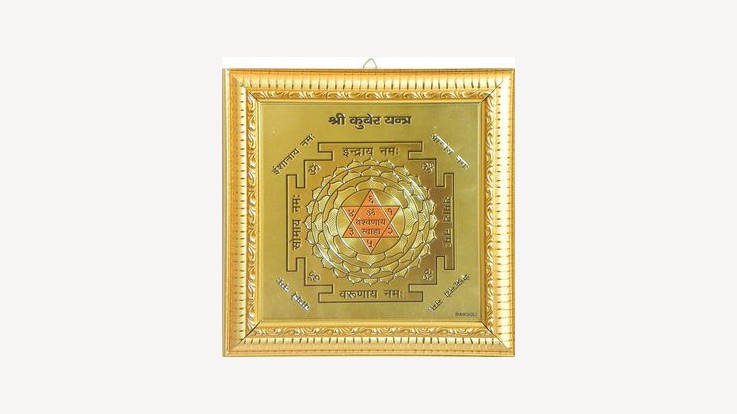 Significance and Benefits of Kuber Puja: Kuber puja immensely improves the poor financial condition or bankrupted business. It helps to overcome poverty in the lives of devotees and pay their debts easily. Kuber puja helps to get rid of professional hurdles and makes the person successful. It effectively protects the person from curses and enemies. Worshipping of Lord Kuber is extremely fruitful on the days of Purnima and new Moon days. It has the supreme power which can transform the financial fortune of an individual or business. Blessings of Lord Kuber can help to attain high success in life and enhances the ability to gain great wealth. Kuber puja can also protect a person and his family from the ill effects of curses, giving them peace of mind and an overall satisfaction.