India is a land of different facets and cultures; each one visiting the country enjoys a number festivals and geographical divides. One such great event is held in the eastern part of the country called the Hemis Gompa. The big fair is held about fifty kilometers from the city of Leh. The fair is held to celebrate the birthday of Padmasambhava, the founder of Lamaism.  He is believed to be born on the tenth day of the fifth month of the Monkey year as predicted by the Buddha Shakyamuni.  He believed that the mission in life was to improve the spiritual condition of all living beings.  The day falls once in twelve years, Hemis witnesses a major show in his reminiscence.

The Hemis Gompa Fair is well known as it organized over here every year during the month of July. The fair is a two-day long event, which attracts a number of tourists to the monastery. 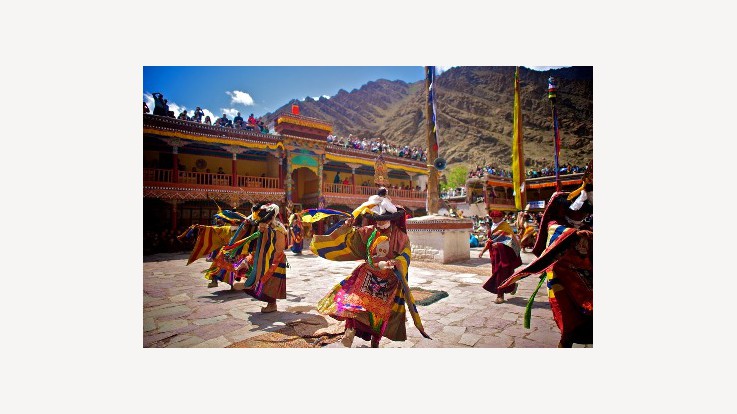 The festival is celebrated in the courtyard at the front of the main door of the monastery. If you are looking to enjoy the natural beauty along with the local handicrafts then the Hempis Gompa is the place to be. Hempis Gompa is situated in the world heritage list.  The monastery is located amidst the lush green hills of the Himalayas. The monastery has remained untouched due to its difficult climate conditions and the high altitude. It is around 12,000 feet above sea level.  Humans rate it as the one of the highest settlements in the world.

The Hemis Gompa is situated on the banks of the river Indus. Sturgeon Raspa Nawang Gyatso, who was the first incarnation, founded the monastery. The monastery is owned and maintained by the Dugpa. Dugpa are a kind of Tibetan monks. The Dugpa are held liable to take care and maintain the valuable relics that are kept at Hempis Gompa. The Hemp Is Gompa holds a massive amount of artifacts and wealth to flaunt its opulence. 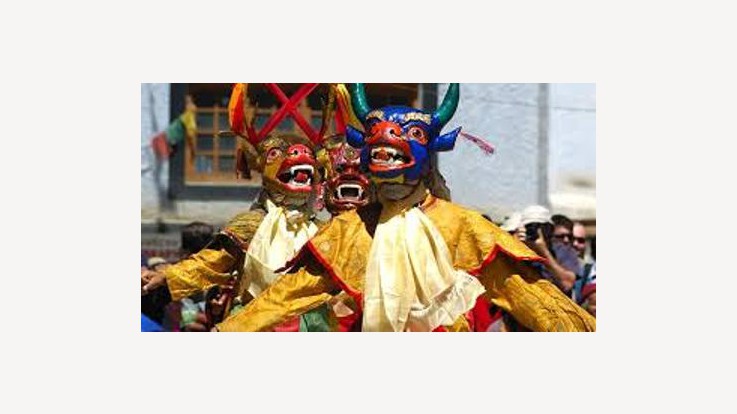 The building has been decorated with murals a painted in gold a naturally occurring form. Each year the monastery hosts the fair each year, bringing the people from the nearby areas to celebrate the birth of Guru Padmasambhava. The festival is honored to celebrate the rich Tibetan tradition and culture in India.

During the festival people can see the monks dressed in brightly colored attire, which is the formal monk wear. On the other hand, the Tibetan men and women adorn intricate fabrics and jewellery.  At the time of the festival, the families make traditional meals using the local fresh ingredients. One of the standard dishes that are cooked at the festival is of yak-butter tea and tsampa. The Hemis festival is celebratory in nature and upbeat. Tourists can also enjoy the local dance and music at the festival. The local people dance on the traditional bass instruments. The dances are performed to enact the victory of the good over evil and to keep away the evil spirits. The Lamas play an important role in the special performances decorated in robes that compliment the festival. During the period, the Hemis Gompa is decorated beautifully and flaunts various gold, silver and copper adornments that are on show.

At the fair, one can find a Tibetan table decorated with the ceremonial items like cups of holy water, butter, rice, tormas made of dough, and incense sticks. At the time, a number of musicians played the traditional tunes using small trumpets and large size wind instruments, four pairs of cymbals and large-pan drums. Next to them there is a place assigned for the Lamas to sit. The ceremonies start early in the morning. Another unusual thing is the masked dancers, which are a part of the Tantric tradition. Do not miss the monks playing the bulge at the festival.