Udaipur , better known as “The City of Lakes” or also sometimes as “Venice of the East”, is a city in the state of Rajasthan. At a distance of 403 km from the capital of India, this city was the ancient capital of the mighty kingdom of Mewar. The city is a witness of the bounties of nature, in every which way possible. The soft ripples in the lake, Freshness of lush green plants and royalty to marvel at. This city is a fairy-tale experience. The palaces that exhibit the heroic past and the awe of nature that defies imagination, Udaipur, is an unforgettable experience. 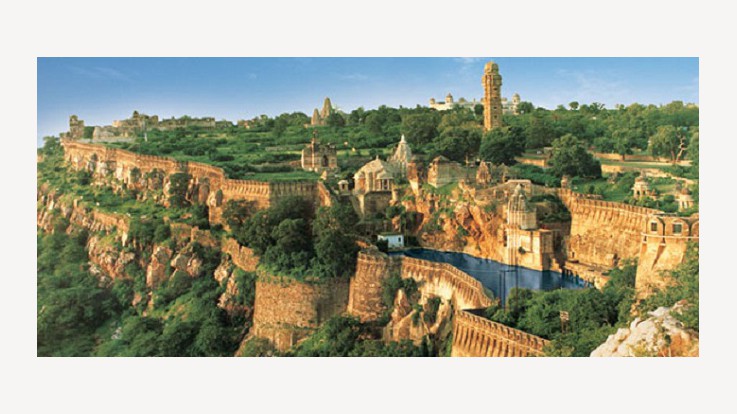 History- Udaipur was found by Maharana Udai Singh in 1559 as the capital of Mewar and from the maker it carries its name as Udaipur. The Sisodia clans of Rajput ruled Mewar and its capital were transferred from Chottorgarh to Udaipur. In 1657, the Mughal emperor Akbar attacked and laid siege of the venerated fort of Chittor, which was reclaimed by the mighty Maharanas of Sisodia clan, who were audacious enough to challenge Mughal dominance. It later became the princely state of British India in 1818.  The city of Udaipur always remained impervious to the Mughal influence.

Contemporary Udaipur- Set amidst the Aravali ranges of Rajasthan in India, Udaipur, is a very picturesque city.  It is the honey that attracts innumerable tourists 365 days in a year. The city has an aura that casts a spell on you. Be it the serene gardens, which give the city another name as “City of Gardens” or the intriguing artifacts that teleports you to the royal and chivalrous past of this land, every effect it has on you are soul-stirring.

Present day Udaipur celebrates its glorious past by its museums, the bounties of nature in the form of its gardens and lakes and the dexterity of its regal rulers by the beautiful antique monuments. Because of its picture perfect locations, Jodhpur has been a shooting destination for many Indian and Hollywood films.

Fascinations- The handicraft work in this city such as paintings, marble articles, silver arts and terracotta has always fascinated visitors beyond limit.

The city of Udaipur is an actual realization of the English phrase “love is in the air”. The beauty, the serenity, the glory, the aura; it has anything and everything that makes it a romantic destination.

⇒City Palace- A splendid and awe-inspiring architecture towering over the lake on a hill, surrounded by crenellated walls. It is a combination of meticulously arranged courtyards, pavilions, terraces, corridors, rooms and hanging gardens. The main entrance is a triple arched gate. The belief goes that Maharana were weighted under the gate in the gold, and the same weight of gold was distributed among the people. It has a museum that tells the story of the glorious past. The Suraj Gokhada (balcony of the sun), is believed to be the place where the Maharanas used to meet the populace, in times of need, bringing a ray of hope.  “Mor Chowk” and “Chini chitrashala” are another fascination of this palace. 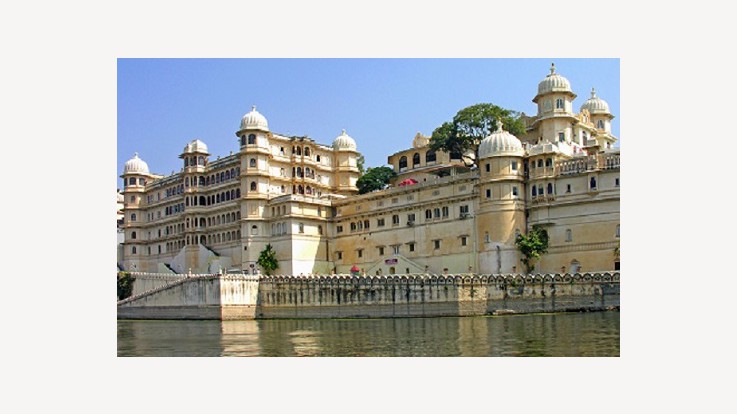 ⇒Lake Palace- built in the eighteenth century, carved out of marble and situated in Lake Pichola, this palace has an ethereal touch. Originally built as a royal summer place, it is now a luxury 5 star hotel. 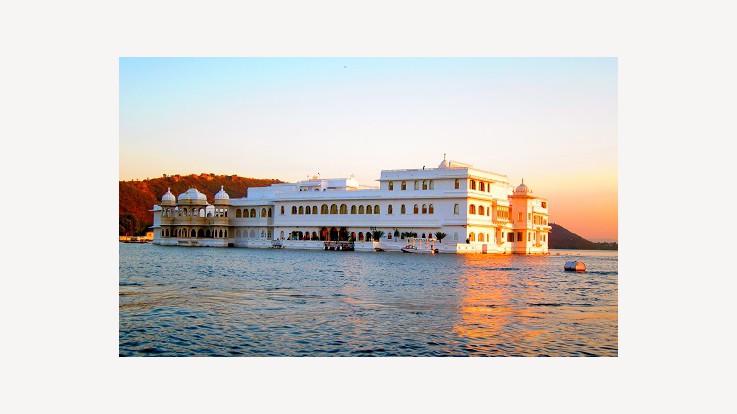 ⇒Jag Mandir also situated in Lake Pichola, is famous for its natural ambience and most elegant gardens. It is believed Shah Jahan took refuge in this place when he was revolting against his father. It is also believed that it was the ethereal beauty of this place that inspired him to build the symbol of Immortality of Love, “Taj Mahal”. 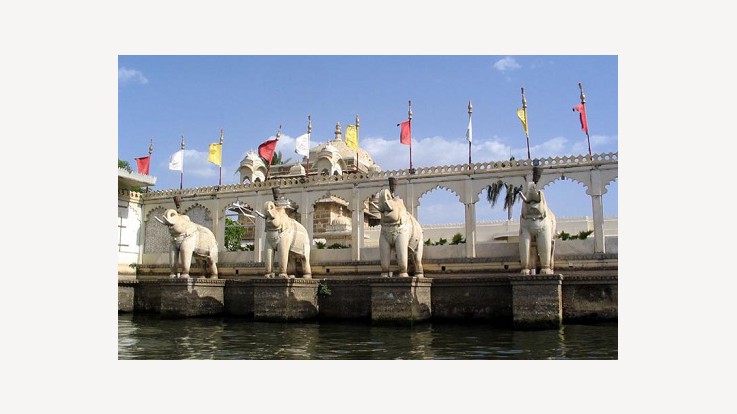 ⇒Lake Pichola- It is a site where beautifully carved forts stand comfortably in the arms of nature. The scenic beauty of this lake is beyond words and imagination. It is a site to look at, absorb and treasure for a lifetime. 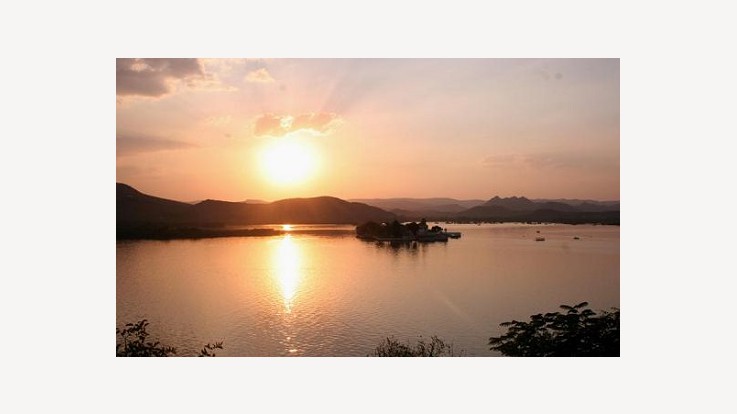 ⇒Maharana Pratap Memorial-  Standing tall on the Moti Magri or Pearl hill, is the lifelike bronze  statue of the Rajput hero Maharana Pratap astride on his horse “Chetak”. A memorial to the legend of  Mewar, is a place worth visiting. 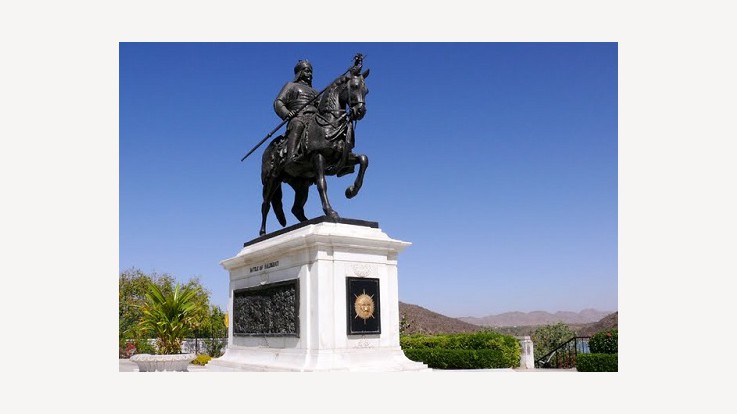 ⇒Fateh Sagar Lake- This lake is situated in the north of Lake Pichola. It was originally built by Maharana Jai Singh in the year 1678 AD, but was renovated and extended later by Maharana Fateh, hence the name Fateh Sagar Lake. The lake has oversome adversities of nature to regain its water in 2005-2006 that was once lost.

The romantic city of Udaipur has many landmarks both natural and mand made that are worth paying a visit. Some of them are Jagdish temple, Saheliyo-ki-bari, Gulabh Bagh and Zoo, Ahar Museum, Shilpgram, Bhartiya Lok Kala Mandal, Bagore ki haveli, Sajjangarh.

In the proximity are a few places that are beautiful in its very presence, like Jaisalmer lake. The location of the historical fight, Haldi Ghati, is also in its vicinity.

People come to Udaipur for its glorious history, bounties of nature and an aroma of romance. Pick your reason, or find many more reasons to love this place by paying a visit.

Tags: Culture Heritage
Related for you