About Pehowa The ancient city of Pehowa is situated in Kurukshetra district of Haryana. Pehowa is an important place and pilgrimage which stands on the banks of revered Sarasvati River. Pehowa is a religious site with high importance and glorious past. It is popular for the historical legends and revered temples. With its ancient legends from Mahabharata era, the revered town of Pehowa will always be important to Hindus. History of Pehowa The name Pehowa has been derived from the name of Prithu who performed penance for his father’s salvation in Pehowa town. According to legends, when king Prithu’s father was on his deathbed, he wanted his son to fulfill his wish to breathe his last at the banks of river Saraswati. To fulfill his father’s last wish, Prithu performed his father’s ‘Shraddha’ on the bank of river Saraswati. The ancient town is believed to have existed since the era of Mahabharata battle. It was considered as a place to offer homage or ‘Pinda Pradan’ to one’s ancestors. Legend has it that Lord Krishna brought the Pandavas at this holy place to seek the blessings of river goddess Saraswati and of their ancestors before the Mahabharata war started. 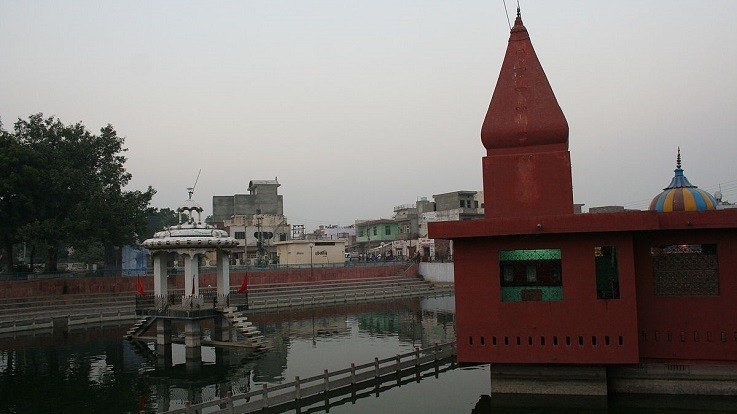 Religious Importance of Pehowa Pehowa is an ancient town, and its history dates back to Mahabharat era. It flourished on the banks of Saraswati River in that era. By the time of the Mahabharata war, the river had dried up, yet it was a very holy place where people offered "Pinda Pradan" to their ancestors. It is known as "Pitrudhak Teerth". Presently, the river is stagnant. Apart from Saraswati temple, the town of Pehowas has a number of temples including Kartikeya Temple, Pashupathinath Mahadev Temple, and Arunai Temple. Prachi Tirtha and Brahmayoni tirtha is also located at Pehowa town which is the part of 48 Kos Parikrama. Temples in Pehowa Saraswati temple is the most revered temple of Pehowa. Sage Vishwamitra got the title of ‘Brahmarishi’ at this place. Saraswati temple has many pillars on its entrance. At Saraswati Sarovar, people perform pooja and religious rituals. There is a huge tank where pilgrims gather to pay homage to their ancestors. The town of Pehowa is popular for its ‘ Pitrudhak Teerth’. It was considered as the holiest site for offering homage to ancestors. It is believed that a holy dip in Saraswati will help in attaining Salvation. Sri Pashupati Nath Mahadev temple consecrated to Lord Shiva is nestled in Pehowa. The temple is enshrined with a ‘Panch-Mukhi’ or 5 faced statues instead of an actual Shiv linga. 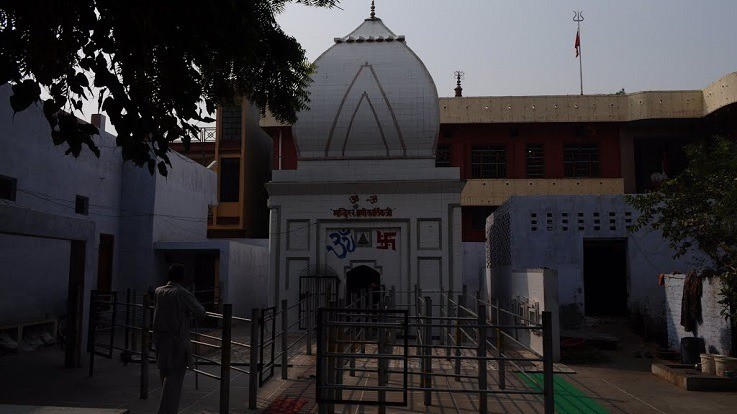 How To Reach By Air: Indira Gandhi International Airport and Chandigarh airports are the closest airports to the temple. By Train: Kurukshetra railway station is the closest railhead that connects the adjacent areas and states. By Road: Buses and taxis are available to access the town of Pehowa. The place has well built and well-connected road network.