One of the significant temples of India is the Somnath Temple. Situated on the western coast of Gujarat, this temple is one of the most popular tourist spot of the devotees.  It is located in Junagadh district in Gujarat.This temple was constructed in order to honour the memory of Lord Shiva. This temple is also well known for its historical importance. As it an important tourist spot, the pilgrims visit this temple throughout the year but the winter season that stretches between October to March is considered to be the best time to visit the Somnath Temple. The temperature ranges between 28 to 34 degree C during the summers while it is between 20 to 28 degree C during the winters. 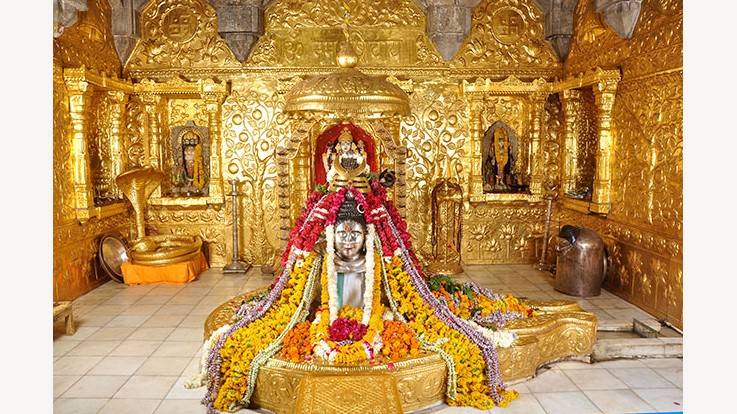 History of Somnath Temple: According to history, the Somnath Temple was originally constructed by the Moon God. The word ‘Somnath’ stands for ‘the protector of God moon’. The legend says that the temple was made of gold. When the original temple was destroyed, Ravana built the Somnath with silver.  With the destruction of the silver temple, Lord Krishna rebuilt the temple with wood.  Bhimdev reconstructed it with stone when the temple was knocked down. The other names of Somnath Temple are Shrine Eternal and Prabhas Pattan.  One of the twelve Jyotirlinga shrines of Lord Shiva is the Somnath Temple. Since its inception, it has been considered as a sacred place and a popular pilgrimage centre.  At Prabhas, Kalbhairava linga of Lord Shiva is located.  The legend says that the Moon God had offered its prayers to the Shivling as a result of which this esteemed temple is often linked with the moon.   We come to know from the remains that were found that the Aryans used to reside in this place during the old age. Also the writings suggest that this temple of religious and historical significance was constructed sometime around AD 4. Mahmud of Gazni stole valuables from this temple in AD 1026. After the attack of Mahmud, it was further attacked by Alauddin Khili and he was soon followed by Aurangazeb.  For as many as seventeen times, the Somnath Temple had been attacked and destroyed. During the beginning of the Christian era, the first temple of Somnath was constructed. Between 480 to 768 A.D. the Vallabhi kings built the Second Temple of Somnath.  At the time of offering prayer to the Almighty at the Somnath Temple, the Brahmins used to declare it by ringing a bell.  The bell that they used to ring was connected to a chain made of gold.  The Somnath Temple had been devastated and demolished by many rulers in the past however the temple has been restored and renovated by some kings of Gujarat.  Sardar Vallabhai Patel who is better known as ‘ The Iron Man of India’ played a pivotal role in reconstructing the present temple . The Temple was renovated by him in 1947. It was designed by the world famous architect of temple called Prabhaschandar and on May 11, 1951, Dr. Rajendra Prasad , the first President of India,  incepted the first Jyotirling in the new temple of Somnath. 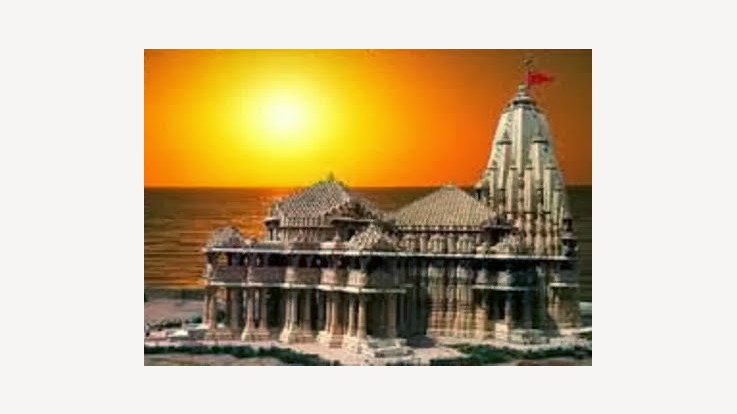 Unique Architecture: The temple is also renowned for its majestic architecture.  Chalukya style has been adopted to create the temple. This style is also known as Kailash mahameru Prasad style. The architecture shows the work of the skilful Sompuras. The Sompuras were considered as the greates t mansons of Gujarat.  At the Somnath Temple, the four significant places need special mention. They are the sabha mandap, nritya mandap, garbhagriha, and the shikhara.  The construction of the temple has been done in such a way that there is no land between the temple and Antarctica.  This fact can be found in the inscription which can be seen on the walls of the temple.  There is a museum at the Somnath Temple which is also worth a visit.  The museum has seashell collection, water bottles in a glass case with sample of water from rivers like Nile, Tigris, Murray and Danube and seawater from places like New Zealand and Tasmania.

Nearby Attractions: Some nearby significant places are the Sun Temple or the Suraj Mandir, Bhalka Tirth, Junagarh gate, Ahilyabai Temple and Mai Puri Sun Temple.  The substitute of Somnath Temple is the Ahilyabai Temple.  At the backside of this Ahilyabai Temple, one can see the beach of the Somnath Temple with good sea view,   sandy beaches, coconut and other snack stalls. Some places around the Somnath temple are the Gir Forest, Veraval, Chorwad. One of the important festivals at the Somnath Temple is the Festival of Maha Shivratri. This temple is easily accessible via road, air and railways. The religious and historical importance of the temple attracts the pilgrims and people visit the place throughout the year.   It has become a pilgrimage centre and a well known tourist spot for pilgrimage and short trips. 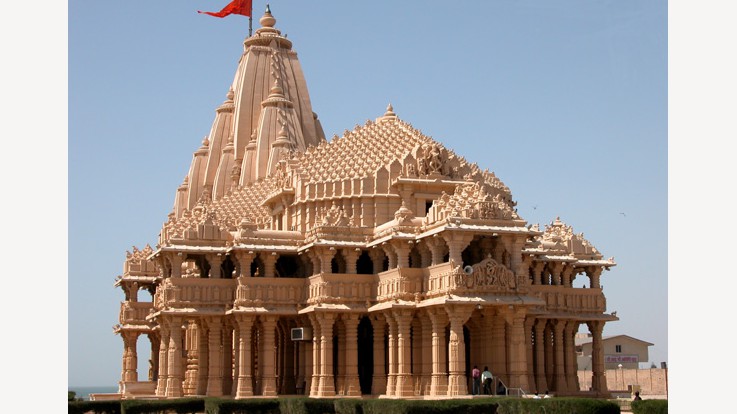