The name Jagannath is of a Hindu deity, the incarnation of lord Vishnu, of the prominent Hindu temple in Puri. The temple is located in the coastal town of Puri in Orissa. Lord Vishnu is the primary Hindu deity of Vaishnavas is believed to have created the entire Universe.

The temple in Puri is the abode of Lord Jagannath where he lords over along with his sister Subhadra and elder brother Balabhadra. 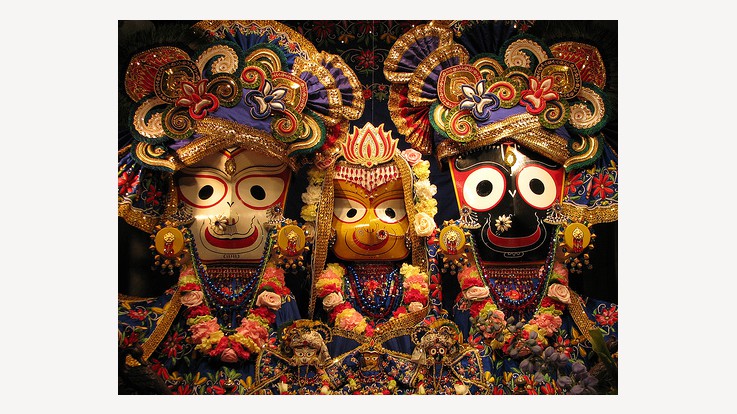 The Afghan invader Kalapahad attacked Orissa in 1558 and the worshipping was discontinued. After the Afghans were thrown out from Orissa, the King of Khurdah, Ramchandra Deb went ahead and resurrected the structure and resumed the worshipping of deities.

Structure and layout of Jagannath temple

The temple layout consist of four major structures, the vimana or sanctum sanctorum, Jagamohan or the porch, the natya mandir or auditorium and bhoga mandap or the hall of offerings. The height of the temple is 41.148 meters or exactly 90 cubits. The temple has its own graveyard where the deities are buried every year before the new deities take their place. The temple graveyard is on the western side whereas the main gate faces east. The southern gate faces the sea and also leads to the burning ghat beside seashore.

The three head priests of the temple are responsible for the procedure and norms that follows in finding the right neem tree log or daru brahma for carving the deity. The neem tree to be used for carving Lord Jagannath should be dark in texture while it should be light brown for Lord Balabhadra and yellow for Goddess Subhadra.

There are several other factors and criterion that needs to be fulfilled before a tree is selected every year.  The priests interpret the palm leaf manuscript kept in safe custody for ages and decide on the rules and regulations to be followed. Out of several criteria that are followed the interesting ones are the vicinity of cremation ground and water body near the neem tree selected. The presence of cobra pit near the root and four main branches resembling the arms of Vishnu are some of the other facts that are interesting to note.

The devotees who are given the responsibility of carving eat the maha Prasad once at night and are completed within 21 days. The new deity is then placed in front of the old ones and the ritual of life substance transformation takes place. The old deities are then buried at the dead of night in koili baikuntha. The new deities are wrapped in seven layers of cloth with several herbs and then painted.

Every year mid-summer the Nava-kalevara or the procession in wooden chariots takes place from the main temple to the Gundicha temple through the grand road in a spectacular manner. The festival attracts thousands of pilgrims from across the globe and in 2015 it will attract close to 5 million devotees. The provision of sanitation, accommodation, road widening and health centres are taken up in an urgent manner to prepare for the festival next year. 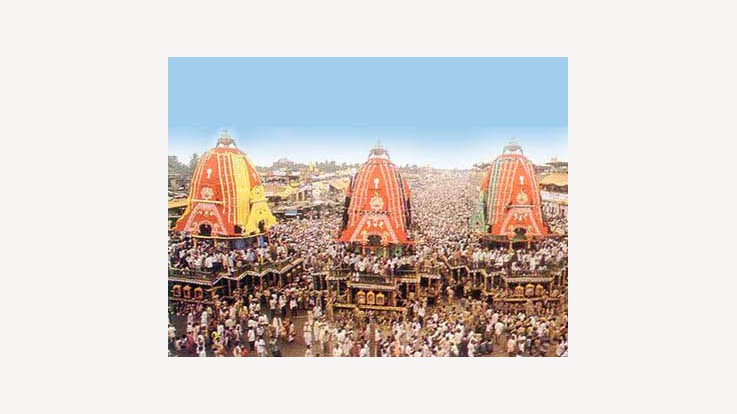 The chariots move through the grand road led by Bala bhadra followed by Subhadra and at the end Jagannath pulled by millions of devotees. The chariots reach Gundicha temple and they remain there for seven days before returning to their abode. The return journey marks the return car festivals.

Nearby places to visit

Apart from the temples around the town, the best place to spend quality time is the Puri beach. One could spend hours together, visit sand sculpture museum, hundreds of eateries and of course just walk across the beach for miles together. 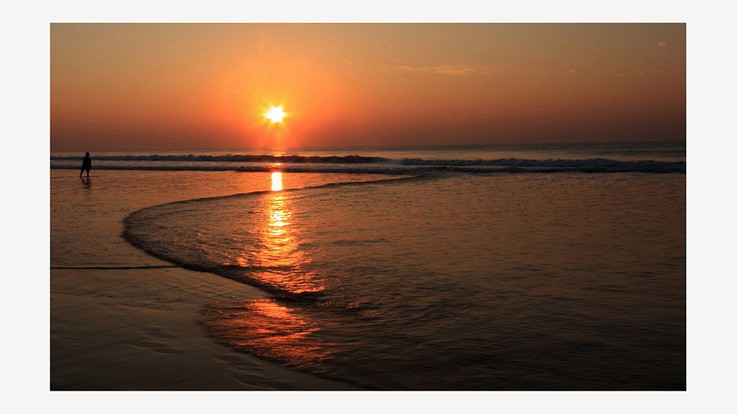 One could visit the Satapara, the dolphin sanctuary 50 kilometres away. A visit to Konark temple built in 13th century would make one wonder about the rich culture and sheer artistry in stone carvings. A day trip to Bhubaneswar from Puri 65 kms away could also be taken and one can visit the famous Lingaraj temple, Nandankanan zoological park, Udaigiri- Khandagiri cave structures and the famous white pagoda of Dhaulagiri.

How to reach Puri

The nearby airport at Bhubaneswar is 65 Kms away and is well connected with almost all major cities in India.