Kedarnath is believed to be one of the purest and holiest places in the Hindu mythology. Located in the Himalayan region of Uttarakhand, this temple is dedicated to Shiva. Lord Shiva is known as lord Kedar giving its name to the place where it is located. It is situated on the bank of river Mandakini, kedanath is among one of the twelve Jyotirlinga in India. Kedarnath temple is a part of Char Dhams and PanchKedar in Uttarakhand. The temple is not open round the year because of the extreme weather conditions. Among the twelve jyotirlings, Kedarnath is one of them. During the winters, the vigrahas (deities) from Kedarnath temple are brought to Ukhimath and worshiped there for six months. Lord Shiva is worshiped as Kedarnath, the 'Lord of KedarKhand', the historical name of the region.

LocationIt is located on the Garhwal Himalayan range near the Mandakini River in Kedarnath, Uttarakhand in India. As the region faces extreme weather conditions, the temple remains open only between the end of April (AkshayaTritriya) to Kartik-Purnima (the autumn full moon, usually November). The temple cannot be reached by road directly. The journey consists of uphill trek of fourteen kilometers. Pony and manchan service is available to reach the structure. 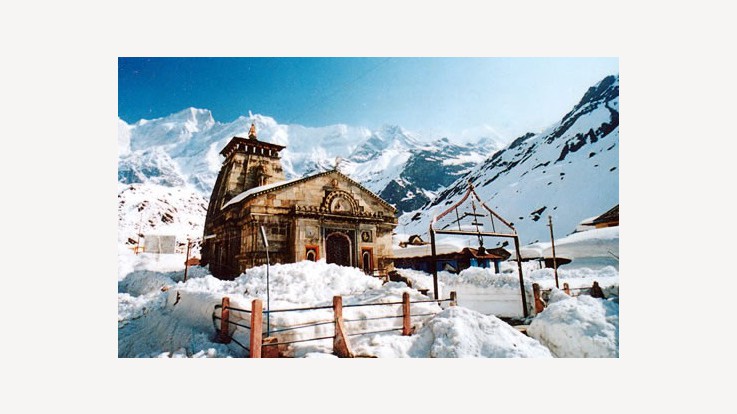 History And SignificanceThe Kedarnath temple is dedicated to Lord Shiva. Kedarnath is named after King Kedar who ruled in the Satya Yuga. It is believed that Kedarnath Dham is the place where Lord Shiva Exculpated Pandavas from the sin of killing their own cousins Kauravas in the battle of Kurukshetra war.

There are many legends following the existence of the Town and its temple. According to the Puranas, the Pandava did hard penance in Kedarnath to please Lord Shiva. The Pandavas are believed to have visited this area several times.Arjuna came here to pray to Shiva to obtain the coveted Pasupata Astra. It is said that a JyotirLinga appeared and Lord Shankara appeared from this light. By getting a Darshan of Lord Shankar, the pandavas were absolved of their sins. The Lord told the Pandavas, “From now on, I will remain here as a triangular shaped JyotirLinga. By taking a Darshan of Kedarnath, devotees would attain piety”. A triangular shaped rock is worshiped in Garbha Griha of the temple.

Located in the great Himalayas, Kedarnath Temple is one of the best known Shivasthala in India and is considered to be one of the most sacred pilgrimage places of the country. It is believed that by praying to Kedareshwar, one can get all his desires fulfilled. Importance of the shrine can be further understood from the beliefs that Upamanyu prayed to Lord Shiva in this place in Satayuga while in Dwapar, the Pandavas worshipped Lord Shiva here. Even the spiritual leader Adi-Sankaracharya is closely associated with Kedarnath.

ArchitectureThe temple was constructed in the 8th century AD. The present structure is on a site adjacent to where Pandavas are believed to have built the temple. It has aGarbhagriha and a Mandapa. It stands on a plateau surrounded by snow clad mountain and glaciers. In front of the temple, directly opposite to inner shrine, is a Nandi statue carved out of rock. Kedarnath Shrine is scenically placed amidst the lofty, snow - covered mountains and grassy meadows covering the valleys. Immediately behind the temple is the high Keadardome peak, which can be sighted from great distances. At the entrance of the temple is the statue of Nandi, the divine bull of Shiva. Walls inside the temple are exquisitely carved with images. The revered Shiva Lingam housed in the temple is in the pyramidal form.

Samadhi of AdiShankaracharyaBehind the temple at Kedarnath is located the Samadhi or final resting place of Adi Guru Shankaracharya. It is believed that he undertook the work of establishing the four places of Hindu pilgrimage that is also called the char dham after which at an early age of 32 he took Samadhi here. 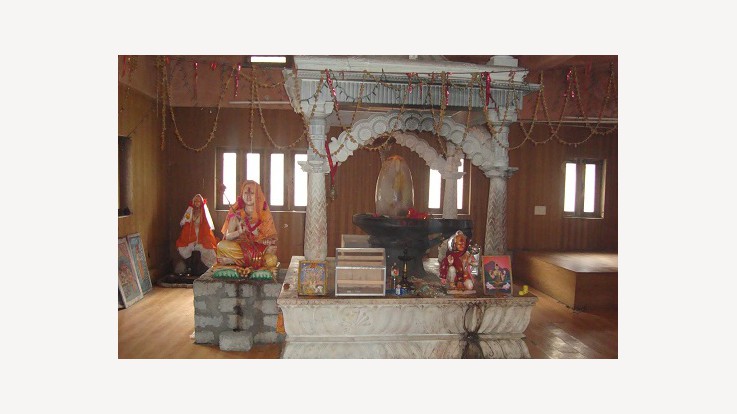 How to reach Kedarnath

Air - Jolly Grant Airport (Dehradun) 238 km away by road. There are many helicopter service providers from Dehradun and Phata too.

Train - The nearest railway stations are Rishikesh (216 km) and Haridwar (240 km). Haridwar is most connected one with other major cities.

Road - Kedarnath can be reached by national highway NH58 (Delhi to Mana Pass) in Uttarakhand. Pilgrims can find many buses and taxies from Rishikesh and Haridwar.

A visit is must to this holy land of Shiva once in a lifetime.