India is a country of festivals and rituals. From north to south, east to west there are a number of festivals. One of the major and significant festivals celebrated in northern part of the country is Karva Chauth. Married, Hindu and Sikh woman celebrates Karva Chauth by fasting for the long lives of their husbands. The idea behind celebrating the festival is to pray and wish for the well-being, prosperity, longevity of their husband.

Karva Chauth is made of two words, Karva means an earthen oil lamp and Chauth means four. The day of Karva Chauth is celebrated close to Diwali, exactly falls on the fourth day of the month of Kartik. The Kartik month celebrates the harvest time, where it is a time for meeting people and celebration. The Karva Chauth is a celebration of the beautiful bond between a husband and wife celebrating love and togetherness. Today Karva Chauth has become an occasion rather than a prayer. 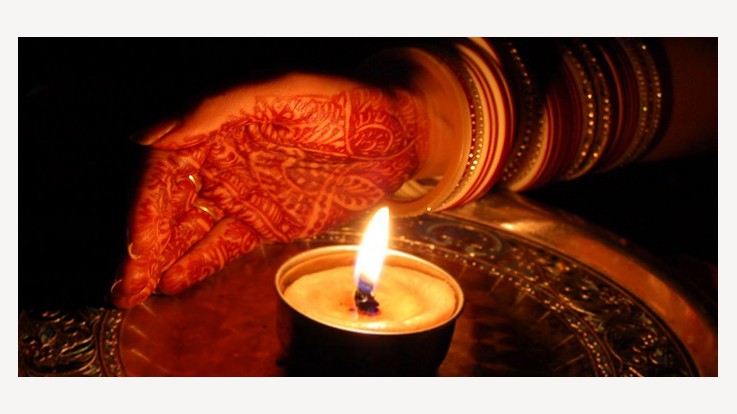 Karva Chauth begins as a festival for celebrating sisterhood and social importance. In the earlier times, girls were married at a young age, according to the tradition the girls had to leave the house to stay with in-laws. After the wedding the girls would become lonely and no one to share their problems and love with. On the day of the wedding, a small ceremony was conducted, where a woman became the bride’s god sister for the lifetime. Women were regarded as soul sisters for a lifetime and shared a sanctified bond of friendship. The God sister would share and empathize with the bride in times of troubles, stress and hardships, sharing their problems with each other. 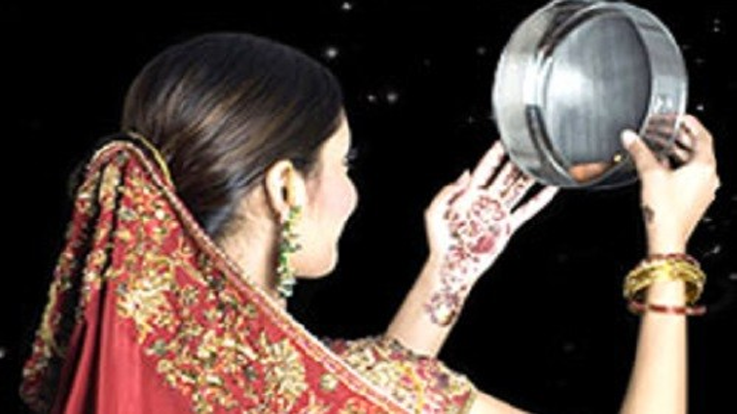 The legends associated with Karva Chauth:

Karva Chauth has been associated with the legend of Karva. Karva, a married woman deeply loved her husband. One fine day his husband went to take a bath in the river. A crocodile caught him, hearing him scream Karva rushed to her husband. After seeing the crocodile, she had a cotton yarn in her hand. She bounded into the crocodile with the cotton yarn and rushed towards Lord of Death, Yama. She requested Yama to send the crocodile to hell. Yama refused to do so. Karwa being angry, threatened to curse him. Yama accepted her request and sent the creature to hell. Yama also blessed Karwa’s husband with long life.

The Legend of Satyavan and Savitri:

The legend of Satyavan and Savritri is another famous one associated with the festival. It states that one day, Lord Yama came to take away Satyavan‘s soul. At that point, of time, Satyavan’s wife begged Lord Yama to leave him, but he denied. Being angry and disappointed, Savitri gave up food and water. Seeing her in this state, Lord Yama granted her to wish anything leaving her husband’s life. She wished for children, for fulfilling her wish Lord Yama had to bring her husband back to life.

Years ago, there was a queen named Veeravati. She had blessed with seven loving brothers. She was married to a king. On her first Karva Chauth, Veeravati went to her parent’s home to observe the fast. She waited desperately and long for the moon to appear to break her fast. Her brother seeing her in distress planned to trick her by reflecting a mirror through the papal leaves. As soon as Veeravati saw the light, she believed it was the moon. She broke her fast by taking some food and water. As soon as she broke the fast, she received the news of her husband being ill.

She left for the place, while going to the palace Lord 'Shiva' and Goddess 'Parvati’ met her. Goddess Parvati told Veeravati about the fact that her husband had departed due to her breaking the fast after seeing the false moon. The queen asked for forgiveness, Goddess blessed with a boon that her king would be alive if only she could keep Karwa Chauth following all the rituals again. Veeravati agreed and followed the orders, which revived her husband. 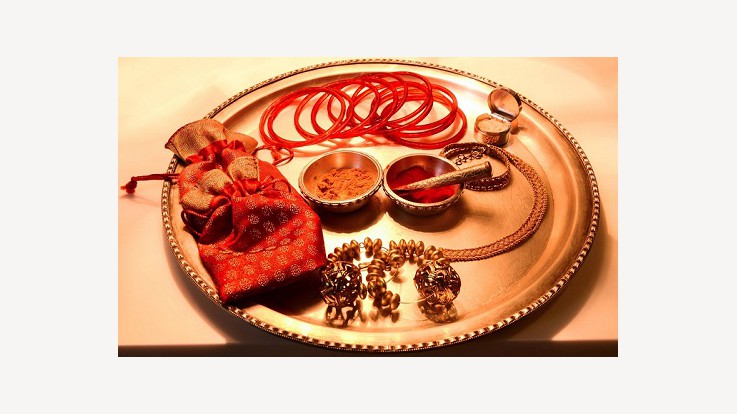 The fast starts from the dawn, where women eat "sargi" a meal prepared by her mother in law in the morning. After eating the Sargi, women stay without consuming water and food all day long until the moon rises. The mornings are usually indulged in community gatherings, putting henna on hand, etc. In the evening, there is a prayer that is offered by all the women for the long life and well-being of their husbands. The fast is called off once the moon appears. The women observe the moon through a strainer and then the husband is seen through the same strainer. The husband gives water and sweets to the wife opening her fast.

Single women also observe the fast wishing for a loving and caring husband. The fast is called off when a single woman sees the first star in the sky. Celebrated major in the Northern and Central part of India, the festival celebrates the beautiful relationship between a husband and wife.