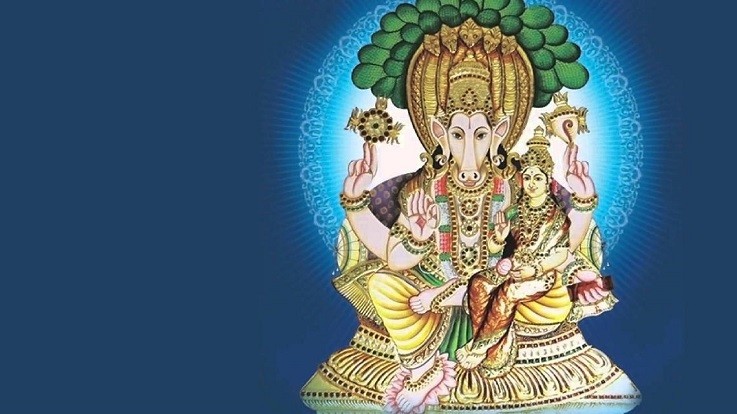 The appearance of Hayagriva is unique. He has the head of a horse or a Haya. Hence, he is known as Hayagriva. In several regions, Lord Hayagriva is the guardian deity who is standing guard to ward off evil. The horse head in this incarnation symbolizes higher learning and wisdom. The blessings of Lord Hayagriva helps us in gaining greater heights.

According to the Hindu scriptures, there are two legends regarding Lord Hayagriva and his appearance. The Shanti Parva of the Mahabharata and the Puranas have mentioned about the incarnation of Hayagriva. As per the legend, Hayagriva, son of Kashyapa Prajapati performed severe penances and austerities. He got a boon from Goddess Durga that no man or God will be able to defeat him, and he can only be defeated by another Hayagriva. Later, Hayagriva started misusing his power. There was panic all around in the world. In the battleground, Devas were unable to defeat Hayagriva. Seeing this, Lord Vishnu rested his head on his bow. When the strings snapped, Lord Vishnu’s head was severed from his bed. The Gods trembled in fear, but only Goddess Durga understood the reason. She asked Brahma to attach the head of a horse to Vishnu’s body. Thus another Hayagriva was created who went to battle and defeated the demonic Hayagriva.

In another legend, Lord Hayagriva took the incarnation of a God and a horse to recover the Vedas which were stolen and kept deep under the waters by the demons Madhu and Kaitabha. They stole the Vedas, while Lord Brahma was asleep. Lord Vishnu then adopted this incarnation to save the Vedas. Hence, Hayagriva incarnation is associated with knowledge and wisdom. 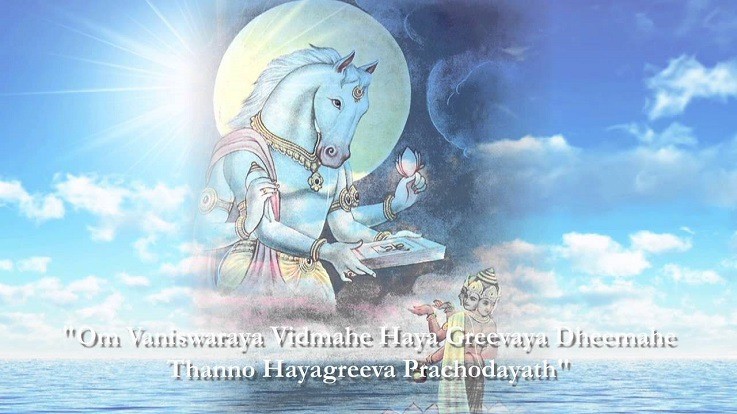 Lord Hayagreeva is depicted as Lord Vishnu with a human body and horse head, white in colour, wearing white attire and seated on a white lotus. The Avani Avittam is celebrated on the day of the Hayagriva Jayanti. It is an occasion when the old Yajnapavit; known as Janeyu is discarded. Lord Brahma is also worshipped on this day. Students worship Lord Hayagriva for blessings to gain knowledge and wisdom. Grand celebrations are observed at Lord Hayagriva Temple in Hojo, Assam and Hayagreeva Temple in Nanganallur Chennai which is known as Hayagriva Madhava Temple.