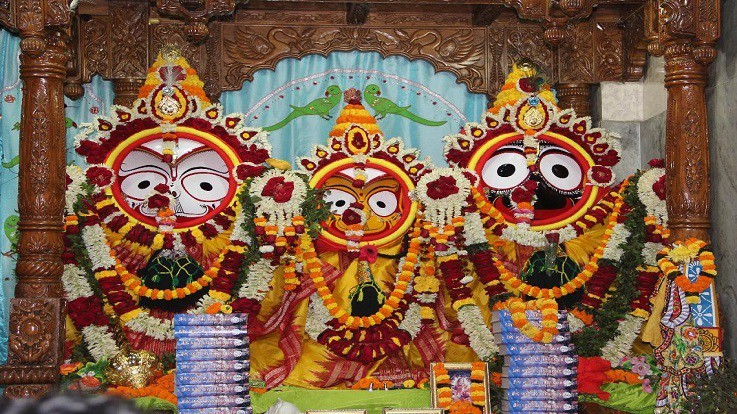 Legend and Significance of Dhanu Sankranti:

Lord Surya or the Sun God and Lord Jagganath are worshipped on this day. Devotees take a sacred bath in the rivers such as Ganga, Yamuna, and the Godavari. In Odisha, the month of Pausha is considered the month of plenty. After the harvesting season, a grand celebration is organized. A delicacy, Dhanu Muan is prepared from sweetened rice flakes and offered to Lord Jagannath.

A street play is performed on this day which displays the various incidents of Lord Krishna’s life. One of the episodes is based on Lord Krishna’s visit to Mathura to witness the Bow ceremony organized by Kansa who had invited Lord Krishna and Lord Balaram to Mathura on the occasion of Dhanu Yatra with the intention of killing them. The annual festival of Dhanu Sankranti showcases the scenes from Lord Krishna's birth to the killing of the demon Kansa. Various incidents mentioned in the Bhagavad Purana are enacted. Locals participate in the play with great enthusiasm. The Dhanu Yatra is held during this period. 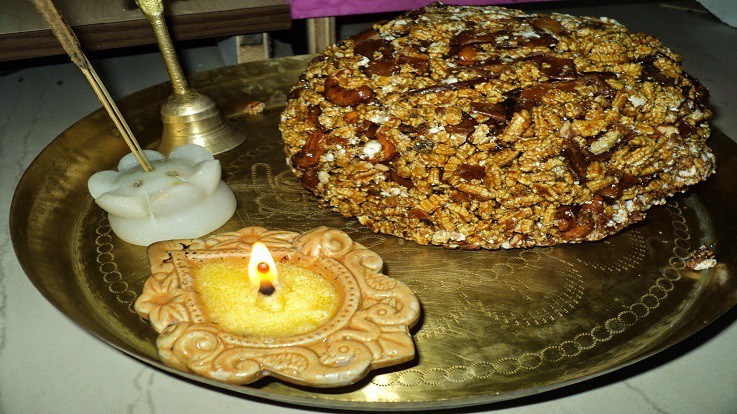 On this day, Lord Jagannath is worshipped along with Lord Sun, especially in Orissa. The Sun God is worshipped with water and flowers early in the morning, just after the sunrise to receive blessings. Devotees fast on this day for happiness and fortune in their life. Devotees start the festival of Dhanu Yatra from the sixth day of Pausha month in Shukla Paksha which continues til Purnima of the Pausha month. Special Prasad is prepared on this day, which includes sweetened rice flakes in a conical shape to offer the Lord Jagganath during the puja ceremony. The “Bow Ceremony” is depicted in a street play as mentioned in the Bhagwad Purana. Devotees visit Lord Jagganath temple and Sun temple to pay their respect. Dhanu Sankranti is considered auspicious to offer a donation and perform ancestral pujas. Apart from charity, one should involve in Sankraman Japam, holy water bath, and Pitru Tarpan.