Kaal Bhairav Jayanti also known as ‘Mahakaal Bhairavashtami’ or ‘Kaal Bhairav Ashtami’ is dedicated to Lord Kaal Bhairav, the fearsome incarnation of Lord Shiva. It is observed on ‘ashtami’ (eighth day) of the ‘Krishna Paksha’ in the month of ‘Kartik.’ Kalabhairav Jayanti celebrates the birth anniversary of Lord Kala Bhairav, the God of Time. The day is considered more auspicious when it falls on a Tuesday or Sunday. 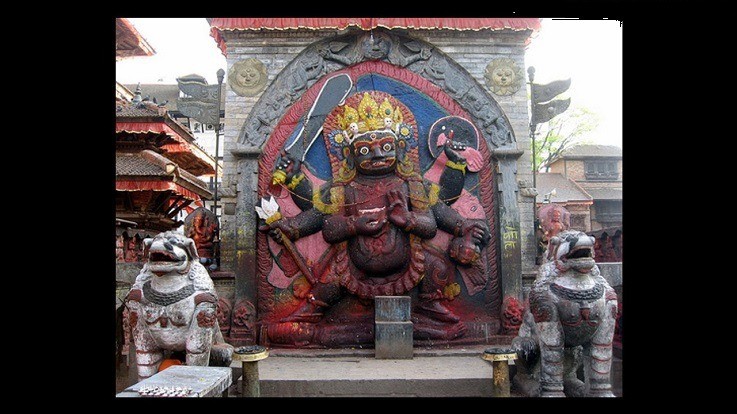 As per the legend, once Lord Vishnu and Lord Brahma had an argument about who among them is more powerful. The fight was reached to such a level that Lord Shiva had to invite the great scholars and sages to find out a solution. They came up with a solution which was rejected by Lord Brahma. It angered Lord Shiva, as this was an insult to him and he took a destructive form. Lord Bhairav appeared from Lord Shiva’s forehead who severed one head of Lord Brahma, leaving Him with four heads. Gods and sages were scared seeing Lord Shiva as Kaal Bhairav. Lord Brahma apologized to Kaal Bhairav. After being convinced by Gods, sages and Lord Brahma, Lord Shiva restored to his original form. Kaal Bhairav rides on a black dog with a truncheon in one hand. Hence, he is also known as 'Dandadhipati.'

Devotees wake up in the morning and take a holy bath to perform special pujas and rituals for their dead ancestors. Devotees worship Lord Kaal Bhairav along with Lord Shiva and Goddess Parvati with fruits, flowers, and sweets. After the completion of puja, they recite Kaal Bhairav Katha. They keep night and narrate stories of Lord Kaal Bhairav as well as Lord Shiva, chant mantras devoted to Kaal Bhairav and perform the ‘aarti’ with traditional musical instruments such as drums, bells, and conchs. Devotees keep strict fast during the day. Since the dog is the mount of Lord Kala Bhairav, they are fed with milk and sweets on this day. Special rituals are held in Lord Kala Bhairav’s temple. People visit the temples in and participate in the ‘Shodashopachar Puja.’ 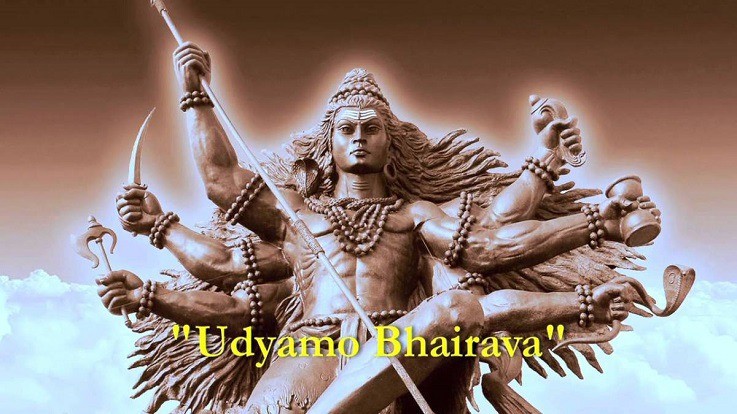 Kaal Bhairav Jayanti holds immense significance for followers of Lord Shiva. This day commemorates the birthday of Lord Kaal Bhairav who is a manifestation of Lord Shiva. It is believed that Kaal Bhairav blesses his devotee with an ultimate boon. It is a popular belief that the observer of this Vrat will be able to remove all obstacles from the life to gain success. Devotees seek forgiveness for their sins. Worshipping Lord Kaal Bhairav bestows health, prosperity, and success. ‘Rahu’ and ‘Shani’ doshas can be nullified by worshipping Lord Kala Bhairav.