Sita was sent to exile to the forest by Lord Rama. Sita got shelter in the ashram of Sage Valmiki and this was the place where she gave birth to twin sons called Luv and Kush. Valmiki was very affectionate to the sons and gave them lessons of martial arts, warfare and shastras.  Luv and Kush had a sound knowledge of weapons and warfare.

Performance of the Ashwamedh Yagna:

While Luv and Kush were growing up in the ashram of Sage Valmiki, Lord Rama performed an Ashwamedh Yagna on the banks of the Gomti River.  The performance of the yajna needed Sita. Since Sita was absent, hence Rama used an idol of Sita and placed it beside him.  For the proper completion of the yajna, Rama sent a horse that roamed all over many lands. According to the yajna, If somebody was able to tie the horse, that person had to fight against the army of the owner of the horse. In case if the person emerges out as a winner, then he would become the owner of the horse owner’s kingdom. 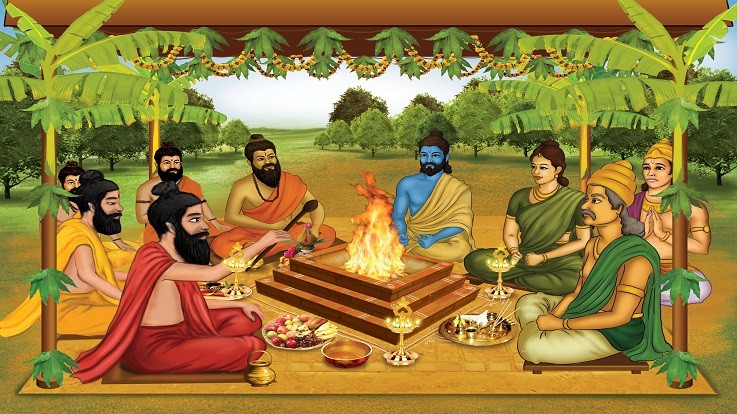 The Attack by the Twins:

The horse was found near Sage Valmiki’s ashram. At that time, the sage was not there in his ashram and Kush went deep into the forest to collect firewood. Luv spotted the beautiful horse and was awestruck at the beauty of the horse. Soon Luv read the message which said that whoever would tie the horse, he had to fight with the army. 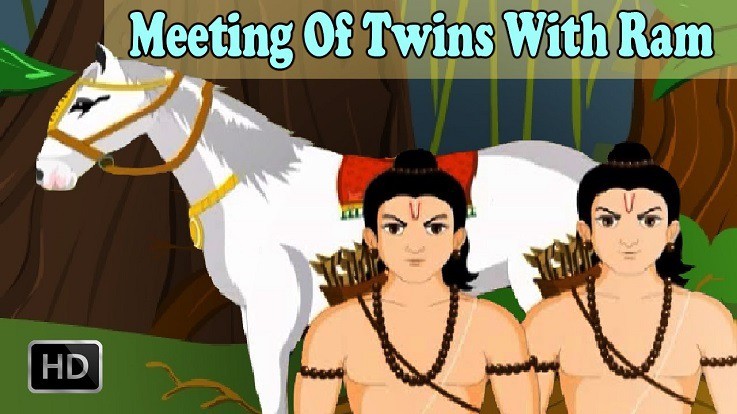 The little child already knew what would the consequence be and was ready to face it.  Hence, he called out for a fight against the army of Rama. As the war began, Luv did not give any opportunity to the army to shoot the arrows, instead, he shot the arrow called Jrumbhkastra.  The army went to sleep after being shot by the arrow. Shatrughan who was the commander of the army could not believe his eyes and was astonished to see the bravery of the little boy. He was pleased to see the skills of the boy and approached him. He requested the boy to set the horse free and at this point, Kush came. Kush did not want to free the horse and instead challenged the army to prepare for a fierce battle. 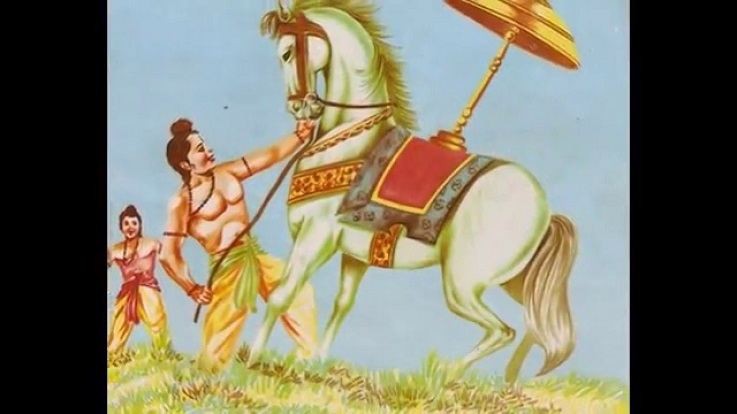 Luv and Kush tying their horse

As soon as Sita saw Hanuman she could recognize the biggest devotee of his husband. Luv narrated the whole story to his mother. Sita could instantly understand that the horse belonged to his husband Lord Rama.  Sita told the kids that the horse belonged to Lord Rama who is their father. She ordered the kids to release the horse and Hanuman Ji. Knowing the real identity of the owner of the horse, the children said that they were performing the duties of a Kshatriya and according to the dharma of Kshatriya, if someone summons you for a fight, you should always fight back and never retreat.

The children were interrupted by Valmiki’s arrival to the ashram. Sita narrated the series of events to the sage. Hearing the entire story, he handed over the horse to the army and then the army went away. The twins were taught Ramayan by Valmiki. The two kids were sent to Ayodhya soon after this. They walked through the streets of Ayodhya and sang the Ramayana to the joys of their heart. 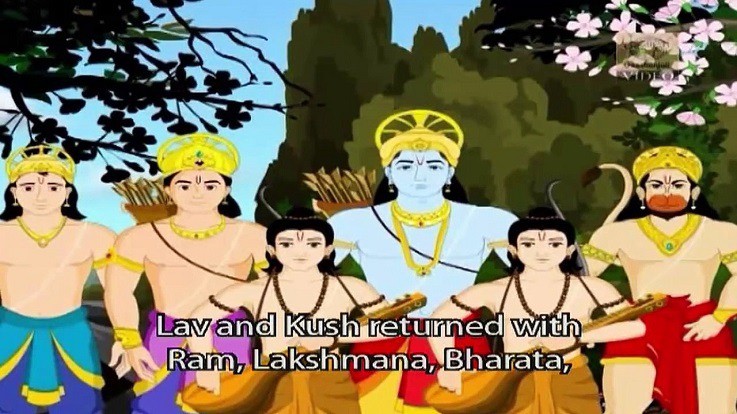 Luv and Kush return to Ayodhya

Revelation of the true identity:

This did not go unnoticed by the citizens of Ayodhya. The citizens informed Lord Rama about the twins and then they were called by Rama to his kingdom. The children sang the Ramayana to Rama as well and he was delighted to hear it. At this point, Valmiki stepped in the kingdom of Ayodhya and informed Rama about the identity of the twins.

Rama was overwhelmed to see his sons and thanked Valmiki from the core of his heart. Thus, Luv and Kush came back to their father and the kingdom of Ayodhya.