Guru Gobind Singh Jayanti is a religious festival of Sikh community which is celebrated to commemorate the birth anniversary of the tenth Guru of the Sikhs, Guru Gobind Singh. It is a religious celebration where prayers for prosperity are offered. He was born at Patna Sahib, Bihar on December 22, 1666, (Poh Sudi Saptmi) where he spent his childhood before moving to Anandpur. 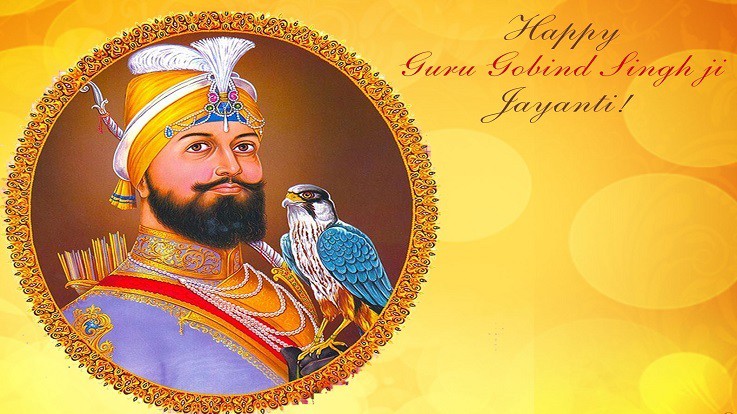 Gobind Singh was the only son of the ninth Sikh guru, Guru Tegh Bahadur and Mata Gujri. He was born in Patna, Bihar. He was named Gobind Rai at his birth. A shrine called Takht Sri Patna Harimandar Sahib marks the site of the house where Guru Gobind Singh was born and spent the first four years of his life. His family returned to Punjab in 1670, and two years later they moved to Chakk Nanaki in the Himalayan foothills of north India where he had completed his school education. Gobind Singh's father Tegh Bahadur founded the city of Chakk Nanaki, also known as Anandpur Sahib, in 1665. In 1675, Guru Tegh Bahadur was beheaded on the orders of Aurangzeb for refusing to convert to Islam. After his martyrdom, the young Gobind Singh was named by the Sikhs as the tenth Sikh Guru on Vaisakhi day, (March 29, 1676). Guru Gobind Singh was also trained in martial arts such as horse riding and archery. In 1684, he wrote Chandi di Var a book in the Punjabi language which describes a war between the good and the evil, as described in the ancient Sanskrit text Markandeya Purana. He spent his life in Paonta, near the banks of river Yamuna, till 1685. Guru Gobind Singh had three wives. At the age of 10, he married Mata Jito. They had three sons: Jujhar Singh, Zorawar Singh, and Fateh Singh. At the age of 17, he married Mata Sundari. The couple had one son, Ajit Singh. At the age of 33, he married Mata Sahib Devan who played an influential role for Sikhism. Guru Gobind Singh named her as the Mother of the Khalsa. 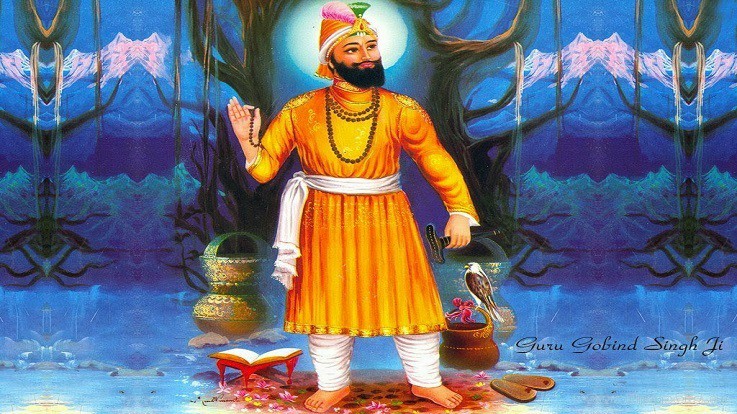 The life example and leadership of Guru Gobind Singh has an immense influence on the Sikhs. He institutionalized the Khalsa which played the key role in protecting the Sikhs long after his death during the nine invasions of Panjab and holy war led by Ahmad Shah Abdali (1747 and 1769). Guru Gobind Singh's teachings have a great impact on Sikhs. He stood against the Mughal Rulers and fought against injustice. In 1699, Guru Gobind Singh baptized five men from the lower caste as his Five Beloveds, endowing them with courage and devotion to God. His dedication to God, his fearlessness and his desire to protect the people from being oppressed made Guru Gobind Singh to establish the Khalsa, a military force of saint-soldiers. Under Guru Gobind Singh's guidance and inspiration, the Khalsa followed a strict moral code and discipline. Through his courage, the people rose against the oppression of the Mughal ruler in India. Aside from being a spiritual and a military leader Guru Gobind Singh was also a writer. Before his death in 1708, he declared Sikhism's Holy Scripture, Guru Granth Sahib to be the permanent Sikh Guru.

Large processions are carried out on the streets. Devotees sing devotional songs during the procession and share sweets among the adults and children. The special prayer gatherings are held at Gurudwaras. Historical lectures are conducted, and poems are recited as part of praising the Guru on his birthday. Special dishes are prepared and served during the festivities. The day witnesses large processions and special prayer gatherings at all Gurudwaras.