When is the Kumbh Mela Held?

One of the largest festivals held in the country is the Kumbh Mela. The Kumbh Mela attracts a number of Hindu devotees from all over the country. It is also regarded as one of the largest festival in the country. The Kumbh mela is held every third year in rotation in Prayag,  Nasik, Haridwar and Ujjain. The Mela is held on the banks of the river Ganga (Haridwar), the Godawari (Nasik), the Sangam (Allahabad) and the Shipra (Ujjain).

The Kumbh Mela spreads its wings across the country celebrated in four different states in India. The Mela is of two different types. The Maha Kumbh Mela is one, which is held in every twelve years. On the other hand, every sixth year, the Ardh Kumbh Mela is held. 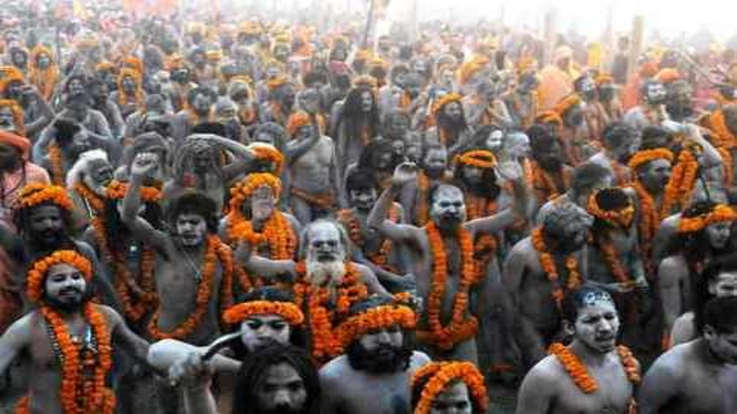 Kumbh means a pot and Mela means festival. The Kumbh Mela means festival of Pot.  The folklore states that gods once the gods had lost their strength. In order to regain their lost strength, they entered into terms with the demons to churn the elemental ocean of milk for amrit , which is the nectar of immortality. The terms stated that the nectar had to be shared equally. But the fight broke out which lasted for more than 12 years. During the battle, the mythical creature named Garuda, flew away with the pot that held the nectar. The drops of the nectar are believed to have fallen on these places, where the Kumbh Mela has been held now.

Rituals at the Kumbh Mela?

There are a number of rituals followed at the time of the Kumbh Mela. The Kumbh Mela starts with the holy dip in the morning. It is believed that the best time to take a plunge in the sacred waters on the new moon day helps you to get away from sins, thus ending the cycle of rebirth. The holy dip starts as early as 3 a.m. on this day. One can easily find travellers, sadhus, pilgrims from all over the country taking a holy dip in the sacred river. After the dip, people take up fresh clothes and seek blessings from the Sadhu. 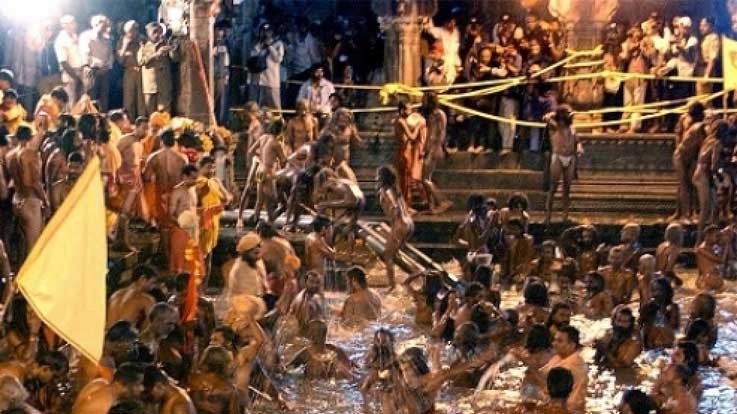 Experience at the fair:

The experience at the fair is a mesmerizing and enriching one. Travellers can spot different sects of sadhus taking part at the festival and praying to the almighty. The Sadhus and the other holy men at the Mela, play an integral role in the mela. Pilgrims visit the festival to gain spiritual enlightenment.

The different types of Sadhus found at the mela are:

The Naga tribe is the show stealer at the Kumbh Mela. The sadhus have long matted hair and their bodies are smeared with ash. Without clothes, their body becomes resistant to the temperature in extremes. They are completely smoking charas and believe aids enlightenment.Urdhwavahurs have gaunt structures due rigid spiritual practices.Parivajakas  are the tribes who have taken vow of silence.

Shirshasinse are the tribes that remain standing. These sadhus sleep resting their head on the pole.Kalpvasis are the tribes who remain on the riverbanks and allot their time to meditating, performing rituals, and bathing numerous times a day.

If you are in Haridwar are indulged in spirituality, closely is Rishikesh the epicentre for yoga and meditation. In Allahabad, the Anand Bhavan is a meticulously kept shrine to the Nehru family, India’s modern political dynasty.