Lord Vishnu occupies an integral place in Indian mythology and religion. Lord Vishnu is known for his many incarnations. Parshuram is believed to be his sixth incarnation.The story of Parshuram belongs to the Treta yug. The word Parshuram means Lord Ram with an axe. 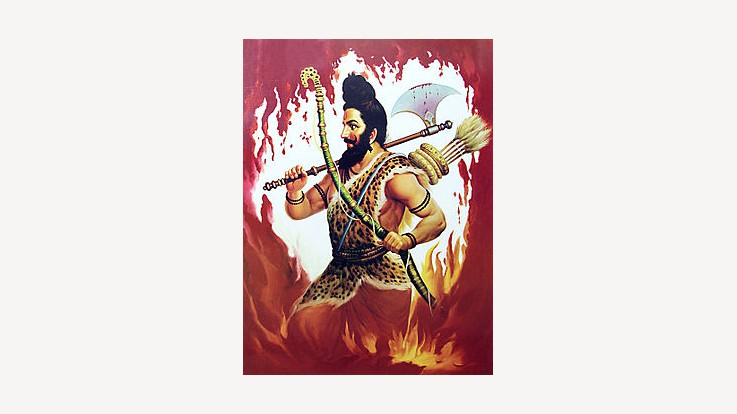 The legends associated with Parshuram:

Parshuram was the son of Jamadagni and Renuka. Parshuram had received an axe from Lord Shiva after undertaking terrible reparation. Lord Shiva had also taught his methods of warfare and other skills. Born in a Brahmin family, he was unlike the other Brahmins. Instead, Parshuram carried traits of a Kshatriya. He carried a number of Khatriya traits, which included aggression, warfare and valour.  Hence, he is called as a ‘Brahma-Kshatriya’ as he had skills from both the clan.

One story associated with Parshuram is that once King Kartavirya Sahasrarjuna and his army forcibly tried to take away Parshuram’s father’s magical cow named Kamdhenu. 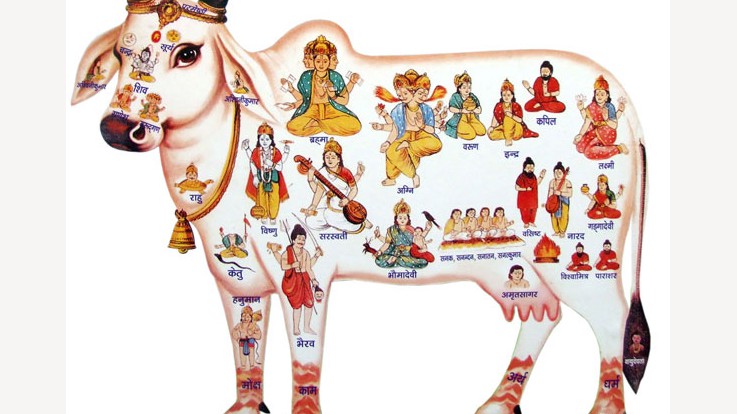 Being angry and revengeful, he killed the entire army and King Kartavirya. In revenge for their father’s death, the king's son killed Jamadagni in Parshuram’s absence. Furious and hurt by their act, he went ahead killing all the king’s sons and corrupt Haihaya Kings and warriors on the earth.He conducted the Ashvamedha sacrifice and gave away his entire holdings to the priests who conducted the ritual. 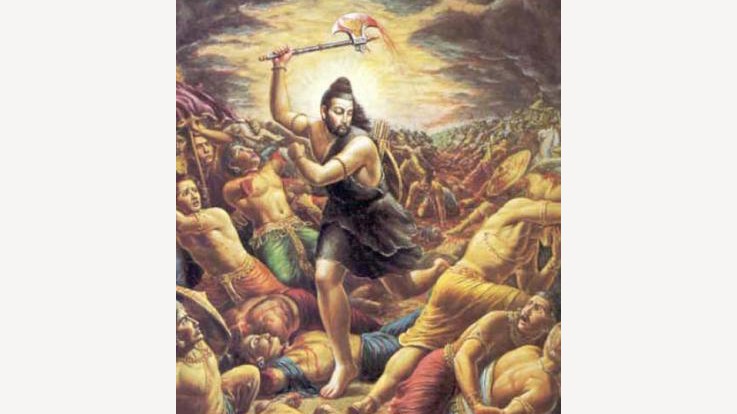 Parshuram is also known as immortal, who fought back the advancing ocean, which was going to hit the lands of Kokan and Malabar. The area between Maharashtra and Karnataka is known as ParshuramKshetra.

Parshuram was known for his love for righteousness. He was known to be the Guru to Bhishma, Dronacharya and Karna. However, in advance, Parshuram knew that Karna would do injustice to Duryodhan in the Kruskshetra war. So as the duty of a good guru, he decides to teach him the Brahmashastra, but he also cursed Karna that the knowledge will not be any useful to him.

According to the folklore, Parshuram gave the Sudharshan chakra to Lord Krishna.  It is believed that the main motto of Vishnu’s sixth incarnation was to free the earth’s burden by assassinating the sinful and irreligious kings who neglected their duties.

Another story mentioned in the Kalki Purana believes that Parshuram still resides on the earth. It states that Parshuram will be the martial guru of Shri Kalki, who is going to be the last avatar of Lord Vishnu. He instructs Kalki to perform a long sacrament to please Lord Shiva. After being pleased Lord Shiva will bless Kalki with the celestial weaponry.