Although in the epic of Ramayana, the prime antagonist is Ravana, however, there are many unknown facts about this demon king. The son of Vishrava and Kaikesi was Ravana and he was born in Devagana. He was the grandson of Pulastya. Vishrava was a great sage and his princess was Kaikesi. Out of the ten Prajapati of Brahma, Pulastya was one of them. During the age of Manu, he was also one of the Saptarishis.  The siblings of Ravana were Kumbhakarna, Vibhishana and Ahiravana. He also had a step brother who was called Kubera.

Ravana along with Sita after her abduction

One day, Ravana wanted to please his mother and hence he made up his mind in bringing the Kailash mountains to Sri Lanka. The moment he applied his strength to lift the mountain up, God Shiva became furious by his act.  God Shiva with his grace placed the mountain back to its original place.  Ravana wanted to please God Shiva and made a musical instrument with one of his arms. He called this instrument Ravanhattha and sing songs to praise God Shiva. His music created such beauty that God Shiva was mesmerized by it. God Shiva was pleased by his song and was compelled to forgive Ravana. 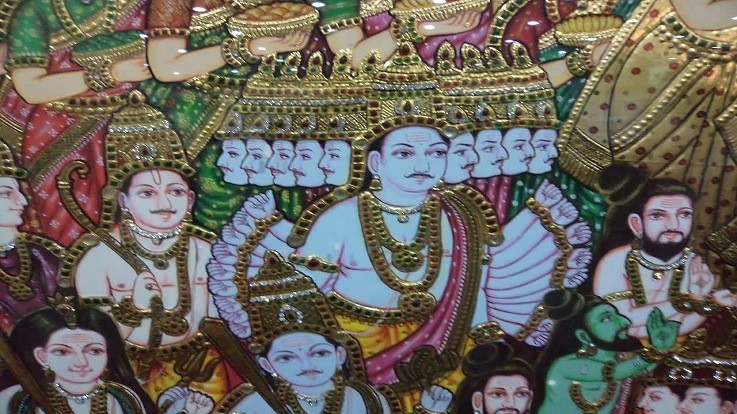 Ravana along with his family

The Making of Lanka:

The architect Vishwakarma had made the city of Lanka. Originally, Kuwera who was considered as the treasurer of the Gods was the owner of the city of Lanka. Ravana asked Kuwera to hand over Lanka to him. He also threatened him that if he denied giving Lanka he would take over Lanka by force.  Eventually, he became the owner of Lanka and since then he has been regarded as a violent and efficient ruler.  Lanka prospered under the rule of Ravana and during his rule, he conquered numerous human beings and demons. 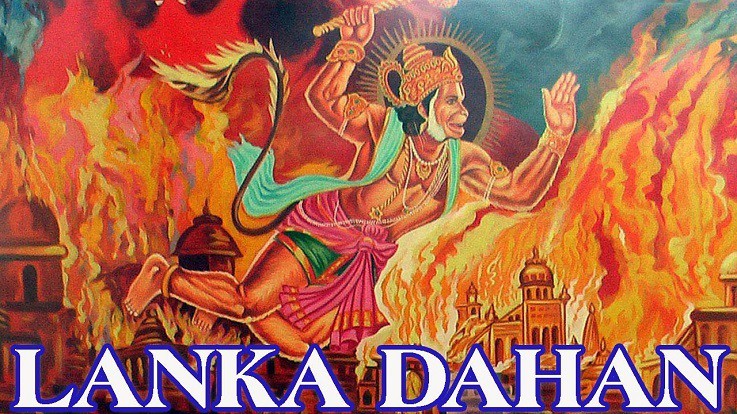 Hanuman Ji and the Lanka Dahan

It is believed that Ravana ruled over Lanka for a number of years however he was killed by Rama for abducting his wife Sita. It is said that Ravana ruled over Sri Lanka from 2554 to 2517 BC. During the rule of Ravana, there have been great advancements in the fields of science and medicine. The aeroplane that was flown during his time can be held as an instance of great advancements in science. Ravana was also known as a great physician and till today there have been seven books of Ayurveda that has been published in his name.  He is also the author of Ravana Sanhita. He has been known to possess ten heads and hence he was called Dasamukha or Dasagriya.

The Lanka kingdom stretched over the Eastern and Southern corners of the country and with the passage of years, it was lost to the seas.