Story Of Satyavati - Birth of Pandu and Dhritarashtra

Story Of Satyavati - Birth of Pandu and Dhritarashtra

Satyavati was the queen of the Kuru king, Shantanu of Hastinapur and the great-grandmother of the Pandava and Kaurava. She was the mother of the sage Vyasa, author of the epic Mahabharat. Daughter of the Chedi king Vasu and a cursed celestial nymph turned fish called Adrika, Satyavati was brought up as a commoner. She was adopted daughter by a fisherman chieftain, Dusharaj. As a young woman, Satyavati met the sage Parashara, who fathered her son Vyasa out of wedlock. King Shantanu fell in love with beautiful Satyavati. She married Shantanu on a condition that their children inherit the throne, denying the birthright of Shantanu's eldest son Bhishma. Satyavati –Shantanu had two children, Chitrangada and Vichitravirya. After Shantanu's death, she and her sons with the help of Bhishma ruled the kingdom. Although both her sons died childlessly, she convinced her first son, Vyasa for Niyog with the widow of Vichitravirya. While Satyavati's presence of mind, far sightedness, and mastery of realpolitik is praised, her unethical ways to achieve the goals and her blind ambition are criticized. 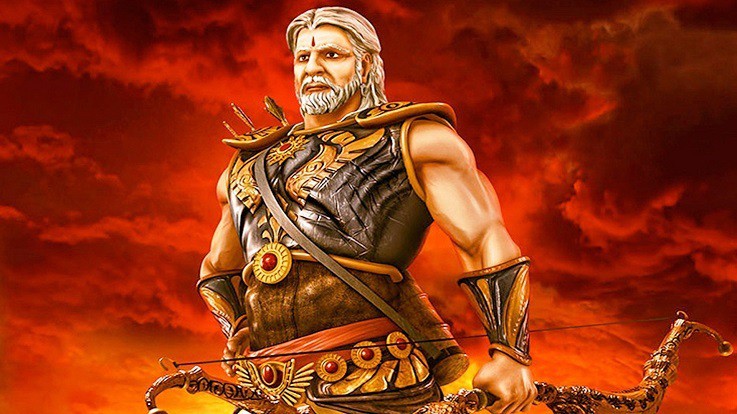 Birth of Pandu and Dhritarashtra:

After Shantanu's death, Bhishma crowned Chitrangada as king under Satyavati's command. Chitrangada was later killed by a Gandharva (a celestial musician). After Chitrangada's death, his young brother Vichitravirya was crowned as a king, while Bhishma ruled on his behalf until Vichitravirya grew up. Vichitravirya married the Ambika and Ambalika, Princesses of Kashi-Kosala:. The childless Vichitravirya met with an untimely death from illness. With no heir to the throne, Satyavati requested Bhishma to marry the widows of Vichitravirya following the practice of Niyoga and rule as king. Bhishma refused, reminding Satyavati of the promise he made to her father and his vow of bachelorhood. Satyavati knew that this was the time to call her son Vyasa to aid her. Satyavati coaxed Vyasa to have Niyoga with his Vichitravirya's widow for the perpetuation of the dynasty, for the sake of this Bhishma's pledge, for kindness to all the creatures, and for the protection of the people. Finally, Satyavati managed to convinced Sage Vyasa. With great difficulty, she obtained the consent of her "virtuous" daughters-in-law. Vyasa finally agreed for this "disgusting task." He warned Satyawati that the offspring of perversity cannot be a source of joy. 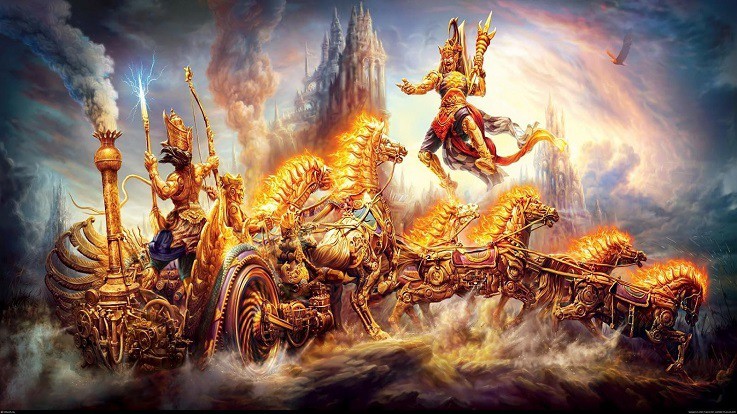 A view of the Mahabharatha

However, during the Niyoga with Vyasa, princess On seeing the dark appearance of Vyasa, Fearful Ambika closed her eyes. Furious Vyasa declared to Satyavati that due to Ambika's cruelty, her son would be blind but strong. He would have a hundred sons, known as Kauravas (descendants of Kuru dynasty). Satyavati considered such heir to be an unworthy king. Hence, she asked Vyasa to have Niyoga with Ambalika, her second daughter-in-law. During their Niyoga, Ambalika fell pale due to Vyasa's grim appearance. As a result, a pallid child was born. Ambika gave birth to blind Dhritarashtra whereas Ambalika gave birth to the pale Pandu.