In Hindu Mythology, the seventh Avatar of Shri Vishnu is Lord Rama and his wife is Devi Sita.  She is recognized as one of the most important characters in the epic called Ramayana.  Just after the birth of Sita, she was taken to the kingdom of Janakpur by Maharaja Janak.

Devi Sita possessed all the traditional qualities that a woman should possess.  However, the epic tells us that Devi had to go through a lot of turmoil to prove her chastity. She faced all the challenges with immense courage and finally emerged out as a pure woman. 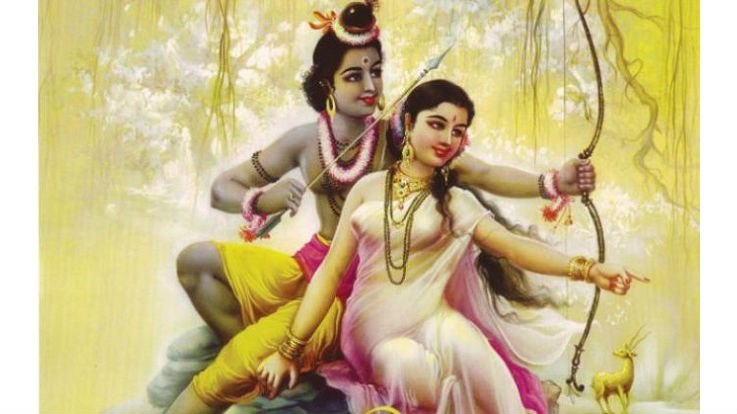 Lord Rama was sent to exile to a forest for fourteen years by father Dasharatha. In order to fulfill a wish of wife Kaikeyi, Dasharatha had no choice but to send Rama to exile. Rama was accompanied by his wife Sita and brother Lakshmana. Kaikeyi planned to make her son Bharat the emperor of Ayodhya. Hence, she plotted against Rama and compelled Dasharatha to fulfill her desires.

Rama, his wife Sita and brother Lakshama resided in a hut in a dense forest. One day, Sita was abducted and captivated by demon Ravana. Ravana caged Sita in his Kingdom of Lanka.

Notwithstanding beloved Sita’s abduction, Rama threatened Ravana that if would not give back Sita, then he had to face dire consequences. Ravana was too powerful and accepted Rama’s challenge and thus a war ensued between the two of them. After facing all the challenges from Ravana, Rama and his troop emerged out as a winner.  Rama rescued Sita and thus Sita finally was freed.

After coming back to the kingdom of Ayodhya, Rama wanted Sita to prove her purity and chastity. Sita was captivated in Ashokvan so Sita was asked to go through the test of fire.  Sita’s ordeal did not end here. Soon, the citizens questioned about Sita’s integrity and chastity since she has spent a long time in the Ashokvan. Ram believed Sita and he knew that Sita was truthful however he had to listen to the requests of the citizens of his kingdom.  Thus, Sita was sent to exile for the second time. Rama instructed Lakshmana to accompany Sita and leave her in the forest.

Birth of the twins

During this time, Sita was pregnant and she found herself alone in the forest. Sage Valmiki was kind enough to give shelter to Sita in his ashram. Sita gave birth to two twins in this ashram. They were known as Luv and Kush – the twin sons of Rama. 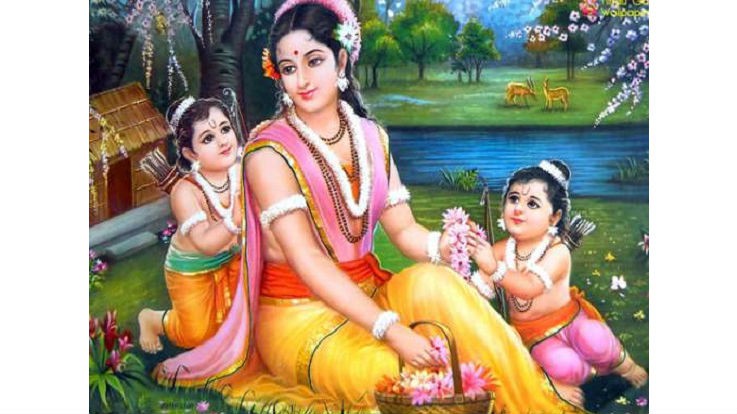 Sage Valmiki took the responsibility of the two twins and educated them. They were imparted military skills and soon the two little kids grew up into brave and courageous youths. 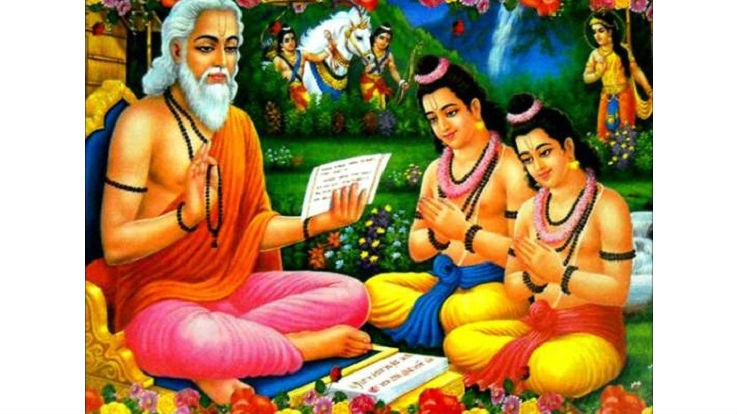 Lord Lav and Kush with Valmiki

Sita’s unwillingness to return with Rama

A series of incidents followed after this and Rama met his twin sons. Sita and his sons were invited to the kingdom of Ayodhya. Rama requested Sita to come back to the kingdom however Sita showed her unwillingness to return. Instead Sita urged to Bhoomidevi to give her the final refuge. On the request of Sita, Bhoomi Devi split open and Sita jumped into it and she got her final release.