Maharishi Valmiki is the author of the holy epic 'Ramayana,' which consists of nearly 24,000 verses. He is also believed to be the author of Yoga Vasistha, a scripture that explains on a range of philosophical issues. The Valmiki Ramayana is said to be dated variously from the period 500 BC to 100 BC. At the same time, Valmiki is also considered to be the contemporary of Lord Ram. Sita took refuge in her Ashram where Lava and Kusa were born. As per an age old belief, before turning into a sage Valmiki was a robber. 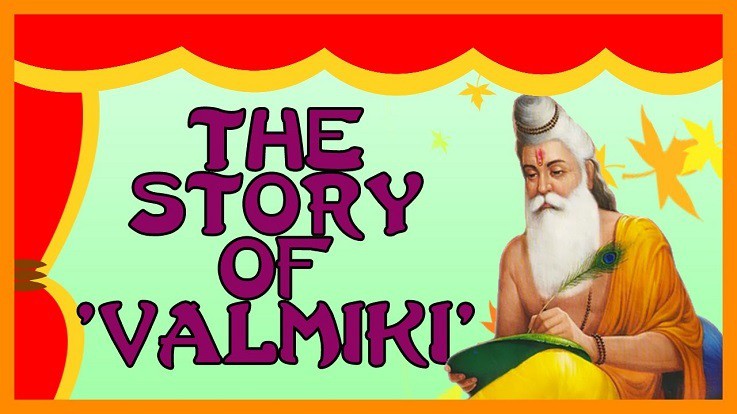 Maharishi Valmiki was born in Treta Yug as Ratnakara to sage Prachetasa. At a very young age, he got lost in the forest. A hunter took him under his care. Soon Ratnakara turned out to be an excellent hunter. Ratnakara was married to a beautiful girl. As his family grew, Ratnakara found it next to impossible to feed them. As a result, he took to robbery. One day, sage Narada was passing through the jungle when he was attacked by Ratnakara. Narada played his Veena and praised the Lord. As Ratnakar gazed in Naradji's eyes, his cruel mind melted.

Sage Narada asked Ratnakara whether the family, for whom he took to robbery, will partake in his sins also. Ratnakara went home to ask the same question to his family. On being refused by his family members, he went back to sage Narada who taught him the holy name of 'Ram' and asked him to sit in meditation, chanting the name of Ram, until the time Narada came back.

Ratnakara followed his instructions and kept sitting in a meditative posture for years, during which his body got completely covered by an anthill. When Narada came to see him, he removed the anthills from his body. He told Ratnakara that his penance paid off and the Lord was pleased with him. Ratnakara was blessed with the honour of a Brahmarshi. He was given the name of Valmiki since he was reborn from the ant-hill or Valmika. Sage Valmiki built his ashram on the banks of River Ganga.

Narada visited Maharishi Valmiki in his ashram once and there: he narrated the story of Lord Rama. After that, he received a vision from Lord Brahma in which the Lord instructed him to write Ramayana in shlokas, which the sage readily followed.

Valmiki had the fortuity of receiving Lord Ram along with his wife Goddess Sita and younger brother Lakshman at his ashram. On Valmiki's request, Lord Rama built his hut on Chitrakut hill, near his ashram.