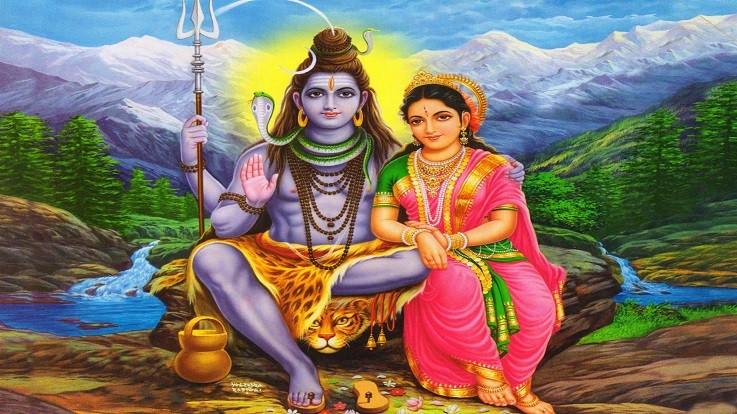 As per the legend, once Lord Shiva and Goddess Parvati were playing a game of dice. Goddess Parvati won everything that Lord Shiva bet, including his trident, serpent, and bowl. When the game ended, Lord Shiva went to a forest where he met Lord Vishnu who asked him to play the game again. Lord Shiva went back to his abode and won everything back as promised by Lord Vishnu. Goddess Parvati became suspicious as she came to know that Lord Shiva was helped by Lord Vishnu and the dice moved as per his wish. She was just under the illusion that they were playing the game of dice. Goddess Parvati was told by Lord Shiva that life is also an illusion including food. Goddess Parvati became furious and said that calling food an illusion is equivalent to calling her illusion. She wanted the world to know her importance, and hence she disappeared which led to barren land. There were no changes in the seasons. The land grew nothing and remained infertile. Drought and hunger became prominent everywhere. Goddess Parvati couldn’t see people hungry, and she landed in the City of Kashi to provided food to everyone. When Lord Shiva realized that Goddess was back, he went to meet her with a bowl in his hand, begging for alms. He realized his mistake and said that soul lives in the body and no one can attain salvation with an empty stomach. Since then Goddess Parvati has been worshipped as Annapurna. 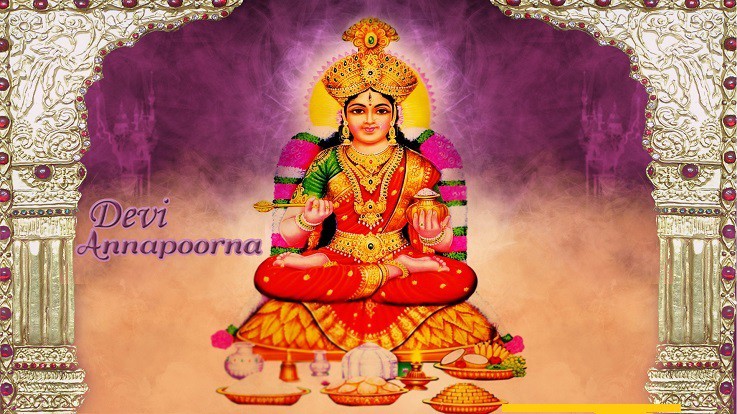 The word ‘Anna’ signifies ‘food’ whereas ‘Purna’ implies ‘complete.’ Goddess Annapurna is a symbol of Anna or food. According to the Hindu legend, the barn of Annapurna never remains empty. She is the Goddess of sustenance. She makes our life absolute and fulfilled by removing poverty, and providing us with food. Hence, by worshipping Devi Annapurna devotees can lead a happy and healthy life. Devotees can get her blessings which help us to live a healthy life. 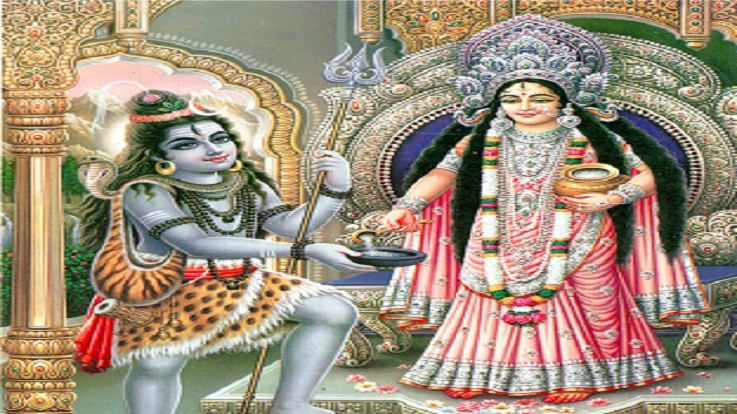 The devotees celebrate auspicious Annapurna Puja with huge pomp and grace. In Bengal, devotees perform a puja in their house to seek the blessings from the Goddess. Devotees have to follow all the rituals. The puja is conducted with the mantras, flowers, different fruits and especially with food grains. The Annapurna Puja is intricate and complex puja since it is difficult to organize the whole function by following all the rituals. People believe that the incarnation of Devi Parvati is resemblance with the giver of food which is a necessity of our lives. Goddess is worshipped with fresh fruits, food grains, and rice for five days. Women keep a day long fast, and they do not eat food until the Puja is completed.

The rituals of Annapurna puja:

Devotees conduct the puja rituals in their house. A small mandap is created, and an idol of Goddess Annapurna is placed in the mandap. On Annapurna Jayanti, the Goddess is worshipped with ‘Shodashopachar,’ and devotees offer beautiful saree - ornaments to Goddess. Devotees offer ‘Annabhishekam.’ Women keep a strict fast on to please Goddess Annapurna and seek her divine blessings. The fast is broken at night after worshipping Goddess Annapurna. Reciting ‘Annapurna Devi Ashtakam’ is very auspicious on this day.