Tailang Swami, a Hindu mystic, and Yogi lived from 1607-1887 in the holy city of Varanasi. He is popular for his Yogic powers and the tales about his long life. There are some accounts which attribute him to have lived for 280 years. Tailang Swami was regarded as the incarnation of Lord Shiva by his devotees. The sage Ramakrishna used to refer to him as the Walking Shiva of Varanasi. His birth anniversary falls on the Ekadashi day of the Shukla Paksha in the month of Pausha. 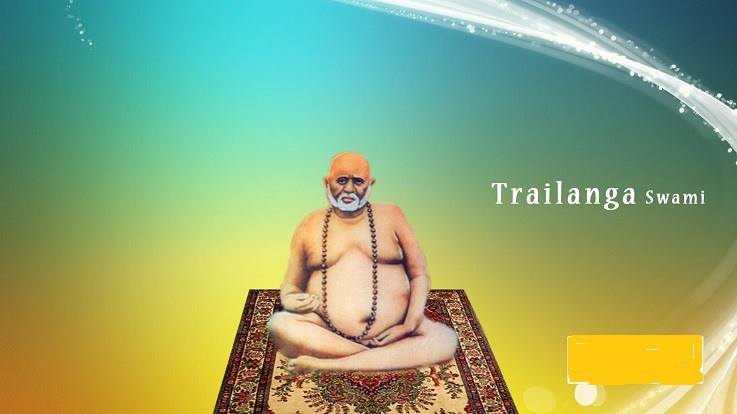 Tailang Swami was born at the place named Kumbilapuram in Viziana village of Andhra Pradesh. His earlier name was Shivarama. His parents Vidyavati Devi and Narashingha Rao were ardent devotees of Lord Shiva. At the age of 40, he gave up materialistic life as well as his wealth and became a recluse. Upon the guidance of his mother, he performed Kali Sadhana. His mother initiated him in the Kali mantra, and he carried out deep meditation in a Kali temple. His mother passed away in 1669. Sivarama kept her ashes for the meditation. He would meditate near a crematorium. After a strict and deep penance of 20 years, he met Bhagirathananda Saraswati. Sivarama then settled down in Varanasi leading the life of a monk and was known as Tailang Swami. He would lie in the water of Ganges without drowning, then going underwater for a long time and come out unharmed. The legend of his yogic power spread and devotees flocked to see him. Mystics and luminaries such as Loknath Brahmachari and Ramakrishna came to meet him. His philosophy can be found in the writings of his disciple Umacharan Mukhopadhyay. According to Tailang Swami, attaining the desireless state is nirvana which helps in attaining salvation. He thought of men’s senses as his enemies and felt the greatest pilgrimage is a pure mind. On a rare occasion, Tailang Swami spoke about the law of Karma. He died on the 26th of December 1887.

The birth anniversary of Tailing Swami is observed on the Ekadashi day of the Pausha month. On this day, his devotees and disciples come together and read his teachings as well as his literary work to have a better understanding of life. The devotees also make an offering in his name and worship his idol. They also practice charity by sharing their wealth amongst the poor and needy as Tailang Swami had renounced his wealth in the pursuit of moksha or salvation.