Vivah Panchami commemorates the weddings of Lord Rama and Goddess Sita which is celebrated on the fifth day of the Shukla Paksha during the month of ‘Margashirsha.’ Vivah Panchami is considered very auspicious as it marks the ceremonial marriage anniversary of Lord Rama and Sita. Just like any Hindu wedding, the celebrations begin several days in advance. The celebrations of Vivah Panchami are very notable in Lord Rama temples, particularly in Mithilanchal region and North India. The day holds immense significance at Janakpur, in Nepal as it is believed that the ceremony was held there. 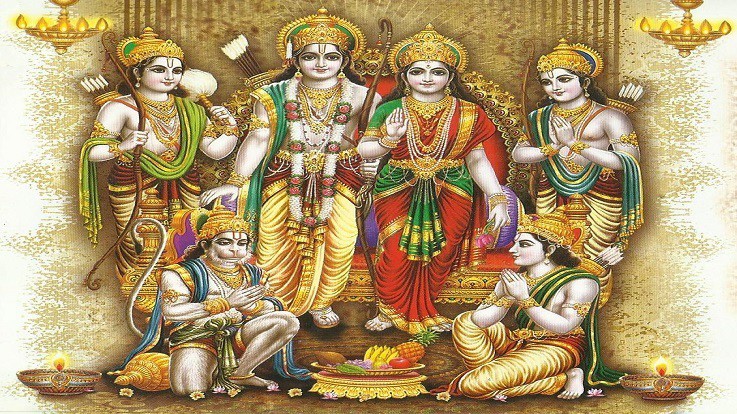 Lord Ram Along with his brothers, Hanuman and Sita Ma.

In Ramayana, the day of Vivah Panchami is considered to be very significant and sacred. Lord Ram, the eldest son of King Dashrath of Ayodhya, is an incarnation of Lord Vishnu. On the Panchami of ‘Margashira,’ Lord Ram visited Janakpur, the birth place of Goddess Sita. He broke the bow of Lord Shiva in the Swayamvara and was married to Sita. To immortalize the wedding ceremony, devotees have been celebrating the wedding of Lord Rama and Devi Sita on Vivah Panchami. 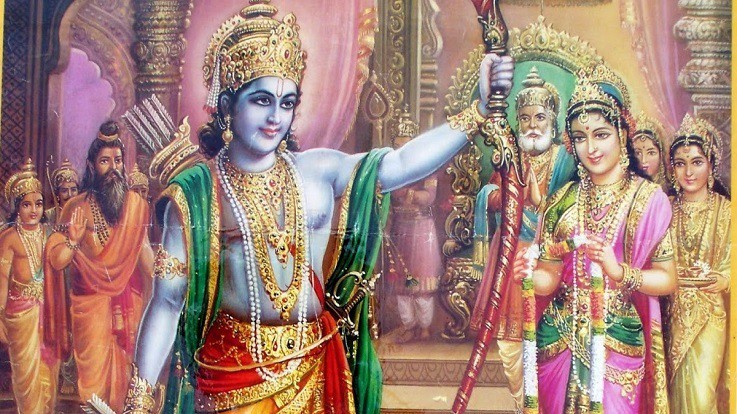 Sriram at the Swayamvar

King Janak of Mithila organized a “Swayamvar” ceremony where he invited kings of various kingdoms. Sita, the daughter of Janak, was supposed to choose a groom for herself among them. The condition for marrying Sita was to lift the Dhanush of Lord Shiva and string it. Lord Ram lifted the gigantic bow of Lord Shiva and strung it. King Janak was highly pleased and overwhelmed. Hence, he married his daughter Janaki (Sita) to Ram. During the grand marriage ceremony, the brothers of Ram namely Bharat, Lakshman and Shatrughan were also married to Mandavi, Urmila, and Shuddhakirti respectively. 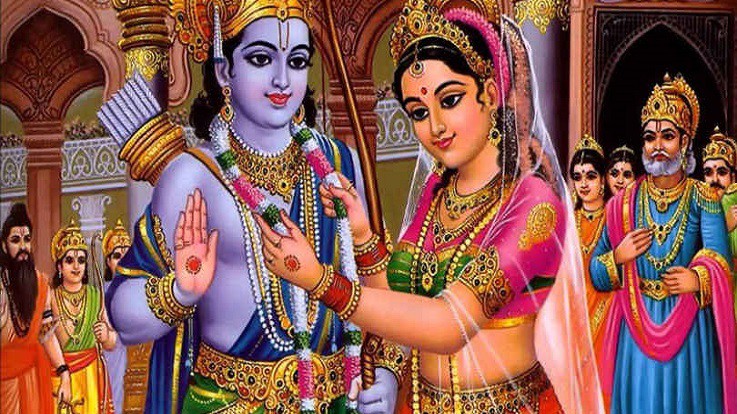 A view of the marriage

Vivah Panchami is celebrated with great enthusiasm and fervour in Ayodhya, the birth place of Lord Ram. On this auspicious day, the temples are brightly lit with lamps. The celebrations involve the enactment of the wedding ceremony. A grand procession leaves from one temple to another and ends with the wedding ceremony in the evening. The idols of Lord Ram and Goddess Sati are adorned with clothes and jewellery to make them look like bridegroom and bride. The entire event is known as ‘Ram Vivah Utsav.’ All through the day, devotional songs in praise of Lord Ram are sung by devotees. Several stage shows and cultural programs are also organized on this occasion. Ramleela, a stage performance that depicts the life of Lord Ram and Devi Sita is also observed.

At Janakpur, the celebrations are observed with great fanfare. Special rituals and pujas are held in temples. The celebrations continue for seven days, and devotees observe all the rituals with immense zeal and dedication. Thousands of devotees visit the temples to seek the divine blessings of a happy family life. On the day of Vivah Panchami, as a part of the rituals, devotees take a holy bath in lakes of Mithilanchal (‘Dhanushsagar,’ ‘Gangasagar’ and ‘Argaza Pond’).