Named after Lord Shiva, Keoladeo temple is situated within a park or the sanctuary which is 250 years old, primarily as a hunting ground for the Maharaja of Bharatpur. The name Keoladeo is derived from the name of an ancient Hindu temple devoted to Lord Shiva. 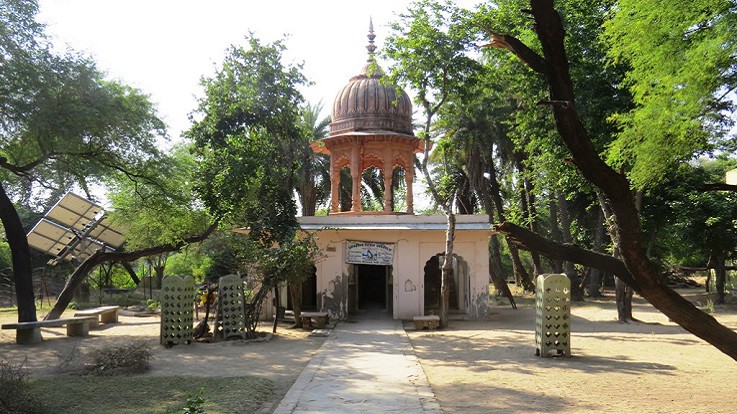 The Keoladeo temple is situated in the Keoladeo National Park, Bharatpur, Rajasthan. It is a beautiful Shiva temple where worship rituals are still followed with the help of a priest who looks after the temple. The Keoladeo temple is located in the middle of a park and is easily accessible from the main gate by Auto or by cycle or by walk. The temple area is small, but it is considered as one of the oldest temples which have a Shiv ling discovered by the King of Bharatpur.

The Shivlinga is Swayambu and powerful. The priest performs puja rituals with Gangajal, Dattore flower, and incense stick. The story of the Keoladeo temple goes like this as per locals. Long ago the place was a dense forest. A cow used to come to this particular spot regularly and empty its milk near Kela (Plantain) trees. On seeing this, the locals excavated under the tree and found the Shiva Linga at depth under the ground. Later, a temple was constructed for Lord Shiva and was named as Keola dev - (Shiva) temple. Also, the very popular Bharatpur Bird Sanctuary derives its name Keoladeo National Park after Kevla Dev Mahadev. 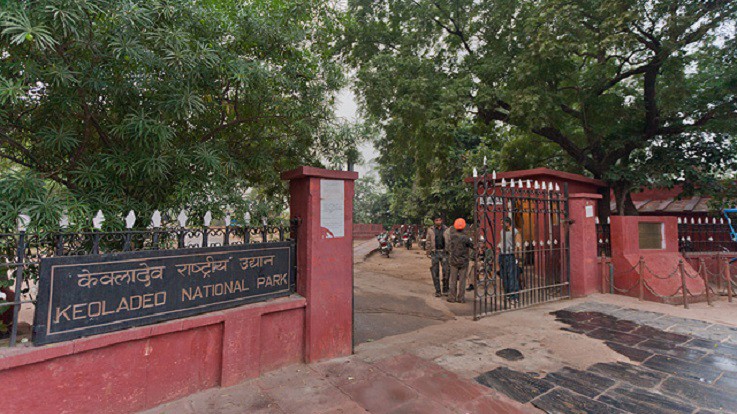 Tourists can visit the Keoladeo temple, Bharatpur at any time of the year. During Monsoon season (July to September) the atmosphere is pleasant with low temperatures as compared to summers. The winter months are a favorite with tourists.

The festival of Maha Shivratri is celebrated with great devotion. Devotees visit the temple in large numbers on Monday, especially in the month of Shravan.

By Air: The closest airports are located at Jaipur and New Delhi.

By Train: The nearest railway station is Bharatpur (5 km). It is well-connected with all the major railway stations and frequent trains from Mumbai, Agra, Delhi, and Jaipur are available.

By Road: Bharatpur is well-connected by roads to all the major cities in Rajasthan and other parts of the country by the national highways.