Pal is known for Khandoba shrine, who is an incarnation of Lord Shiva. It is situated 28 km south of Satara. Khandoba temple stands on the bank of river Tarli. The temple lies on the place of appearance by Lord Khandoba to his devotee, a milkmaid named Palai in whose honor the village was named Pali. The temple was built about 500 years ago by Aba Bin Sheti Padhode. 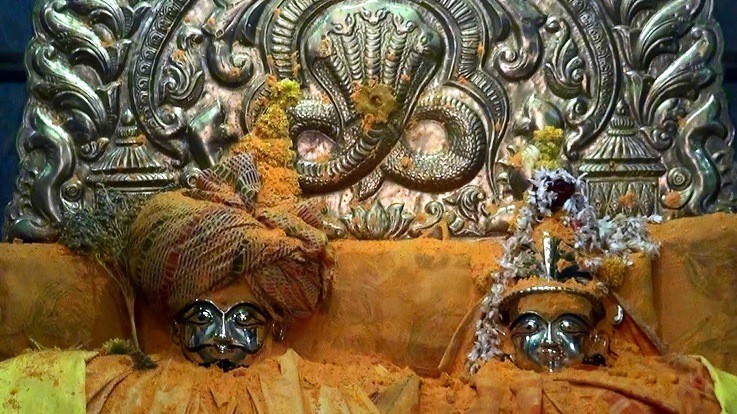 The original structure was constructed out of stone. The porch is enclosed by four pillars. The temple is believed to be built in the 13th century. The sanctum houses two brass masks representing Lord Khandoba and his consort Mhalsabai. A black stone image of Banubai, another wife of Khandoba is seen towards his right. Behind the idol of Khandoba are seen brass figures on horseback representing Khandoba's chief minister Hegadi Pendhari with his wife. The porch has an image of Lord Ganesh and Siddhavasini. Dhanaji bin Sambhaji Jadhav, the well-known Maratha general, added a hall which was supported by twelve pillars. The roof has broad carved eaves and parapet. Several pillars are coated with brass and have a little carving. Each corner of the mandap has a small pinnacle and a small arched spire in the center. The min spire over the shrine is about fifty ft tall. All the spires are made up of brick and are painted with mythological designs and images of gods and goddesses. The temple occupies the center of a fine square court. The court also houses a small shrine of Omkareshvar Mahadev and a shrine of Hegadi. An image of Nandi covered with brass is seen in the eastern part of mandap. The pavement of the court is embedded with stone tortoises. Between the Nandi canopy and the mandap is seen a large tortoise coated with brass. The court-yard has three entrances. The eastern is a small doorway which was built by Gamaji Chavhan. The northern entrance is another small doorway which was built by the Shindes. The southern entrance is about twelve feet tall and five ft wide. The temple also has an ornamental Nagarkhana. The outer yard is paved with stone. The eastern side has a rough wall with some ruined cloisters. The south side contains a rectangular stone building. 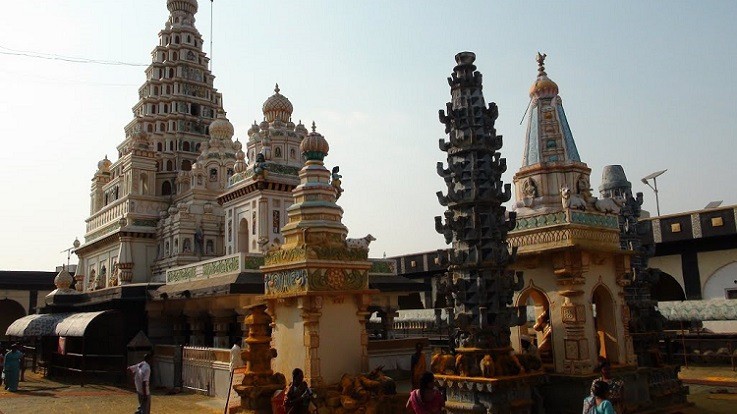 A grand fair in celebration of the marriage of Lord Khandoba and Mhalsadevi has held annually in the month of Pausha (December-January) which is witnessed by thousands of devotees. The celebration lasts for three-four days. Copper and brass pots, bangles, piece-goods, silk-cloth, country blankets, and other small articles are sold at the fair.

By Road: Mahabaleshwar, Satara, and Panchgani are the nearby towns to Pali which has road connectivity to Pali and other major towns.

By Air: The closest airport is located at Lohegaon airport in Pune.