Hemis Gompa festival celebrates the birth anniversary of Guru Padmasambhava, the founder of Tibet Tantric Buddhism in Hemis, Ladakh. It is an important festival of the Buddhist community. The fair is organized on the 9th and 10th day of the fifth month of the Tibetan calendar. The major attraction of the festival is witnessed at Hemis Gompa, the largest Buddhist monastery, located in Ladakh, Jammu-Kashmir where a large fair is organized. The two-day Hemis Festival is celebrated with great zeal and devotion. People assemble at the beautiful monastery of Hemis Gompa to witness the colourful celebrations of the festival. 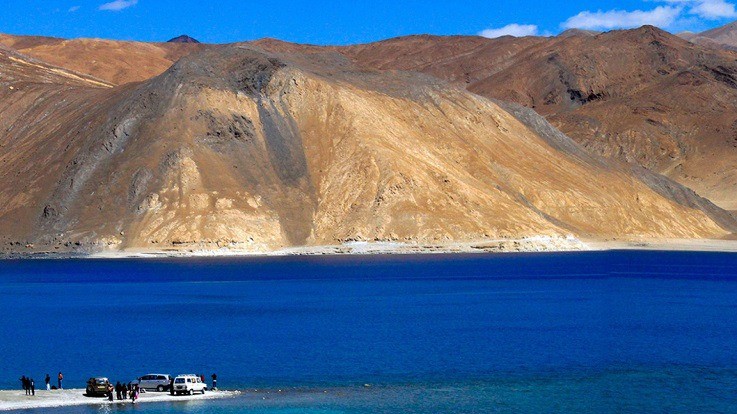 The beautiful view at Leh-Ladakh

Hemis is a Tibetan Buddhist monastery (Gompa) of the Drukpa Lineage, located in Ladakh. Situated 45 km from Leh, Hemis monastery was re-established by the Ladakhi king Sengge Namgyal in 1672. The annual Hemis festival is held during the month of June in honour of Guru Padmasambhava. At Hemis Gompa festival, the rectangular court in front of the main door of the Hemis Monastery is the main celebration point. The two square platforms are raised measuring about three feet tall. A sacred pole is held high in the centre. A finely painted Tibetan table is placed on a raised dais, which is decorated with a cushioned seat. This small table is nicely decorated with ceremonial items, such as cups of holy water, uncooked rice, tormas made of dough-butter and incense sticks. Musicians play the traditional music using four pairs of cymbals, large-pan drums, small trumpets and wind instruments. A small space is set for the lamas. Early in the morning, the locals dress up in their best traditional attires. Women folk wear traditional gears and silver ornaments. The men are dressed up in coats of quilts. A large picture of Guru Rinpoche is displayed in the courtyard for all the devotees to worship and seek blessings. People perform the folk dance for the tourists. A solemn parade is initiated by pre-Lamaism priests who are dressed in beautiful robes and brocade with odd tall tufted hats. The lamas wear long masks and enact the eternal battle between the good and the evil. 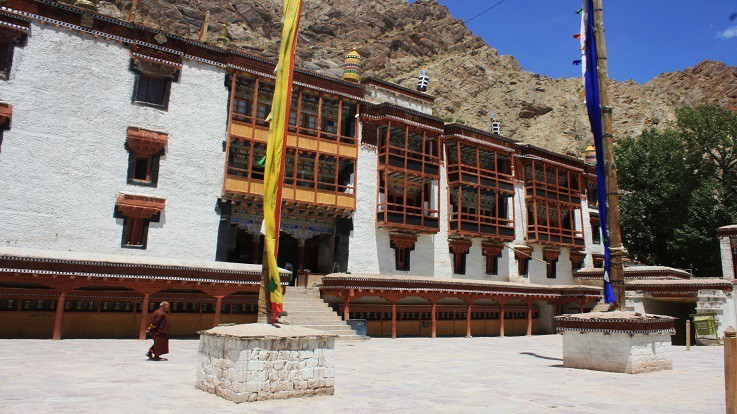 A monument at the fair

The Gods are depicted by red robes, while the devils are portrayed through brocade outfits. The mask dances are known as Chams which is a part of the Tantric tradition. The festival plays a vital role in unifying the Ladakhi locals giving them enough time to mingle and bond with each another. The guests are served a special tea prepared from Yak butter and flour from roasted barley. Colorful and hand woven dresses, valuable gems and beautiful handicrafts are sold at the shopping stalls. Several antique objects, such as the structure of Buddha Shakyamuni, are also available at the shopping stalls. The celebrations of the Hemis festival commences early in the morning. It begins with the peaceful prayers and rituals to Lord Padmasambhava followed by the mystic mask dance, Chams. Hemis Gompa fair beautifully displays the culture and religious orientation of Ladakh.

By Air: Srinagar is the nearest airport. Leh airport also has some direct flights from Delhi.

By Rail: The nearest railhead is Jammu.

By Road: Road journey in Ladakh is an exciting opportunity. One can enter from the Himachal side, from Manali via Keylong, or towards the Kashmir side, from Srinagar via Kargil.