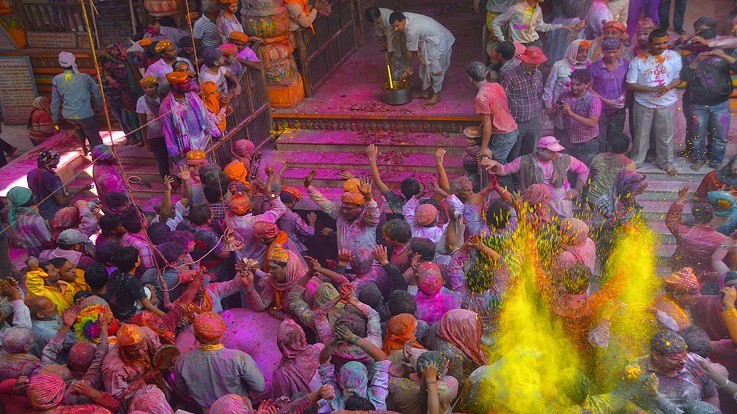 A view of the Braj Mahotsav At Vrindavan

Braj is the area around the twin cities of Mathura and Vrindavan where Krishna was born and grew up. It is a particularly fine expression of India’s syncretic culture. It’s also the seat of the Vaishnava cult. It is the place where Lord Krishna used to frolic with his cows and Gopis on the lush pastures of Braj Bhoomi. Braj is an important place for the Buddhists too. It is believed that the Buddha had preached and opened monasteries in these regions. As many as 3,000 monks lived in the 20 monasteries in Mathura. Later, many of these monasteries and the Hindu temples were ravaged by the Islamic invaders Mahmud Ghazni and Sikander Lodi. Emperor Akbar gave Vrindavan the status of an independent revenue entity and gifted it to the Goswamis. Hence, Brajbhoomi is a sacred place where many of our traditions in art, architecture, music, and theatre trace their roots. The idea behind organizing the Braj Mahstave is to revive the neglected, lost and glorious culture of Braj region. During the Braj Mahotsav, a Brajbhoomi will be recreated with an exhibition, lectures, and performances from eminent dignitaries.