Pride of Northern Bihar, Sonepur Fair is Asia’s largest cattle fair. The festival is held on the confluence of river Ganges and Gandak on the auspicious day of Kartik Purnima. Apart from cattle, breeds of dogs, elephants, birds, and camels are also sold at this fair. Thousands of devotees come from far-away places to take part in Sonepur fair. Sonepur Cattle Fair, also known as Harihar Kshetra Mela is held on Kartik Purnima in Sonepur, Bihar. It is believed to be the biggest cattle fair of Asia which stretches on from fifteen days to a month. The origin of Sonepur Mela lies in the ancient times. Chandragupta Maurya (340 - 297 BCE) used to buy elephants and horses across the river Ganges. Elephants are the star attraction at the Sonepur Fair. They're decorated and lined up on display in rows in an area known as the Haathi Bazaar (Elephant Market). Visitors can go to the elephants and touch them, ride them, and even feed them.

A view of the famous fair

The original venue of the fair was Hajipur, and puja used to perform at the Harihar Nath temple, Sonepur. During the rule of the Aurangzeb, the market started being organized at Sonepur. Harihar Nath temple was constructed by Lord Ram. The temple was re-constructed by Raja Man Singh, an influential person during the late Mughal period. A legend is associated with the temple involves the story of King Indrayamuna and the Gandharva chief Huhu, who was turned into an elephant and a crocodile respectively by the curse of sages Agastya and Dewala. Once, the elephant's leg was caught by the crocodile. Both of them fought hard with their herds, and while fighting, they came to the place near this temple. Ultimately the Elephant took the Lotus flower from the river in its trunk and prayed to Lord Vishnu to save him. Lord Vishnu heard his prayer and cut down the crocodile with his Sudarshan chakra. The touch of the chakra relieved Huhu from the curse. Lord Vishnu took an elephant to Vaikuntha. 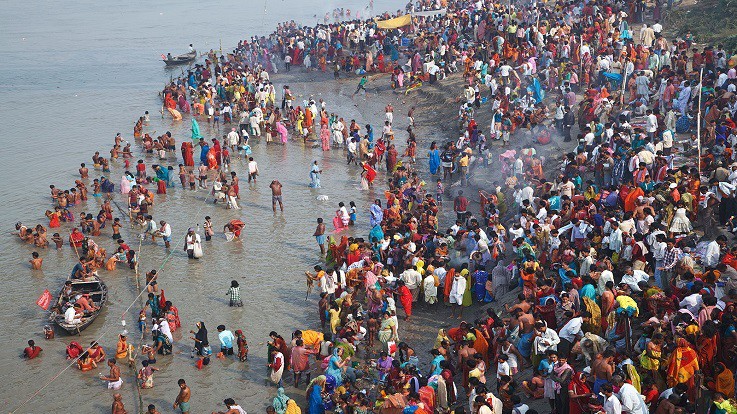 People enjoying the fair by taking a holy dip

Sonepur is located at the convergence of the sacred rivers Ganges and Gandak which is regarded as a holy site. Pilgrims take a holy dip at the convergence and pay respects at the Hariharnath Temple. Many farm animals are bought at the Sonepur fair including various breeds of dogs, buffaloes, donkeys, ponies, Persian horses, rabbits, birds, poultry, goats, and camels. At the Haathi Bazaar, elephants are lined up for sale. The Sonepur is the only place where a large number of elephants are traded. Numerous stalls are also set up at Sonepur Cattle Fair which sells a variety of goods including garments, weapons, furniture, toys, utensils, agricultural equipment, jewellery, and handicrafts. 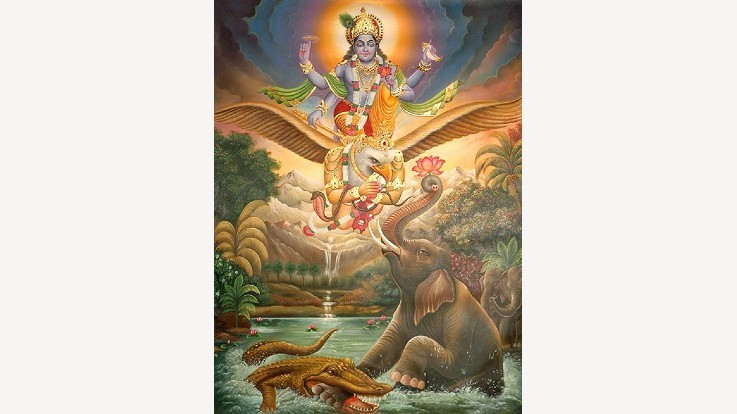 The battle between the elephant and crocodile

Sonepur is readily accessible by Road, air, and train. It is 25 km away from Bihar's Capital Patna. During Sonepur Fair, BSTDC organizes ferries from Patna to Sonepur. Various taxi and car rental services provide private transport for tourists.