Raas Mahotsav has been held every year in the month November at Howly town in the island of Majuli, Assam. Howli is a place to explore the traditions of locals and Brahmaputra river culture along with art, crafts, folk dances and colour of Assam. Majuli Island is the biggest freshwater island in the world located in middle of the Brahmaputra river with astonishing natural beauty. It is also the hub of neo - Vaishnavism- a culture that originated in the 15th century. The locals believe that the island was a spot where Lord Krishna spent his childhood. Majuli is the cultural epicentre of Assam which gears up to celebrate the elaborate festival of Raas Mahotsav with a convention at Dakhinpat Satra, followed by the Raas puja and the dramatization of Lord Krishna’s Raas Leela at Namghars and other venues. The festival is a four-day long affair. 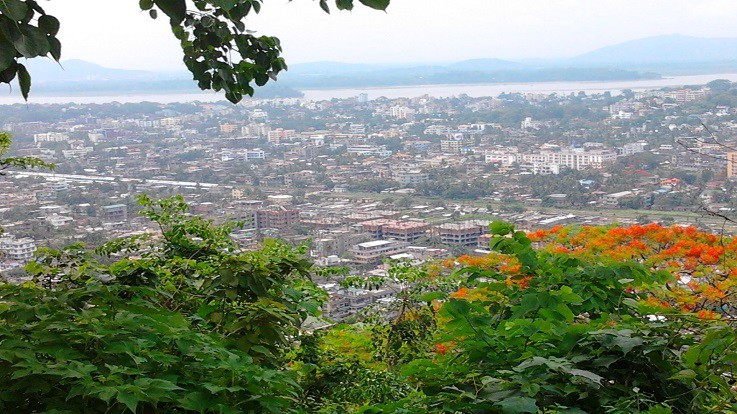 A view of the beautiful city Howli

The traditional art form of mask-making also has a special place in the Raas Mahotsav. Foreign tourists especially arrive at Majuli island to take part in the festivities. Majuli is the only place in the state of Assam where the Raas Leela of Lord Krishna is celebrated through the plays and musical dramas by the devotees. For the past several centuries, it has been the tradition where the locals pay their homage to beloved Lord Krishna by enacting Raas Leela.

During the festivities of Raas Mahotsav, Majuli becomes an actual place for pilgrimage. The island becomes the abode of Lord Krishna during this four-day festival which begins from the Raas Purnima day. Every community of the island plays their part during the festivities. The monasteries of the Majuli island depict various interpretations of Lord Krishna's life with folk dances, puppet shows, masks, songs, and drama. Raas Mahotsav is a night long extravaganza. It is said that among all the ways of uniting with the Lord, the enactment of Raas Leela, is the most viable medium. Raas Mahotsav captures the essence of Lord Krishna’s life. Raas Mahotsav is the triumph of that youthful spirit of Lord Krishna, the playful side of the flute wielding “Blue God,” which is manifested in different artistic expressions. Bereft of a religious streak, the festival is steeped in a 500-year-old culture, folklore, and plenty of artistry, which folks from all over the world come to witness.