Arjuna’s second wife Subhadra gave birth to Abhimanyu.  We can know about his life through the epic of Mahabharata. Abhimanyu was a great warrior prince who had mastered the skills of warfare from his father Arjuna and his maternal uncle Shri Krishna.

Abhimanyu played a special role in the war of Mahabharata. Although his life span was very short, he is still remembered for his skilful acts.  Abhimanyu was killed on the 13th day of the Kurukshetra war.

He was so talented that while he was in his mother’s womb he overheard an ongoing conversation that took place between his mother and his father Arjuna about a battle called Chakravyuha. Chakravyuha was a battle formation and very few number of warriors had proper knowledge about the battle. In this conversation, the strategies of the war were discussed and he grasped the techniques well indeed.  The techniques of entry in the Chakravyuha was discussed initially. 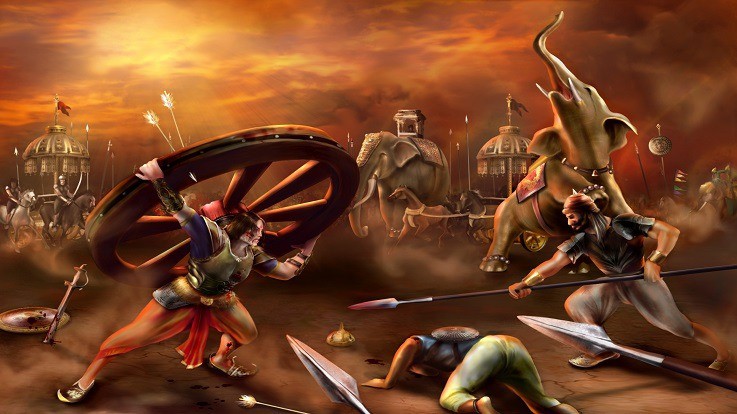 Legend called Abhimanyu during the battle

However, Subhadra slept while listening to the techniques and the child was very unfortunate because he could not hear the concluding part of it that explained how to fight against the odds and succeed in the battle.

During the war of Mahabharata, Kauravas challenged the Pandavas to enter into Chakravyuha. Arjun was the one and only person who was aware of the techniques of the said battle. Unfortunately, Arjuna remained busy in another front of the war while the Chakravyuha was called. Abhimanyu rescued the Pandavas and entered the battlefield. Although he did not have the full knowledge of the entire warfare, still he was bold enough to take the challenge. 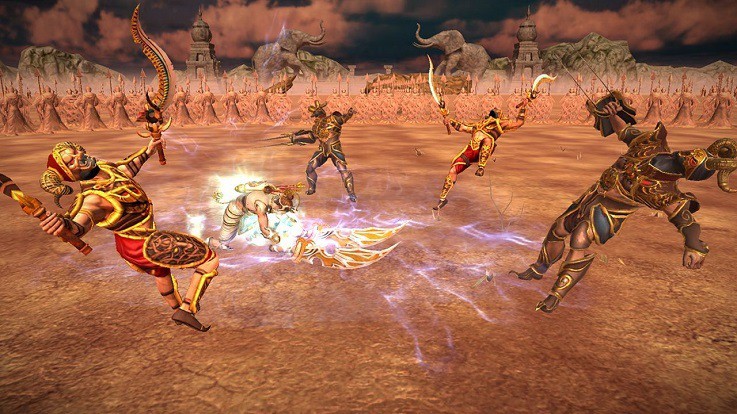 None of the warriors could stand against the Great Abhimanyu. Great warriors like Dronacharya, Duryodhana became awestruck to see the bravery of the little boy. In the end, Kauravas smashed Abhimanyu’s head and took to treachery to kill him.

Soon, Arjuna came to know about his son’s death and took revenge against the Kauravas.

The death of Abhimanyu proved to be a turning point in the history of Mahabharata. After his death, the mindset of the Pandavas changed towards the Kauravas and there was no chance of any reconciliation between these two communities.

This incident pointed out the vengeance of the Kauravas towards the Pandavas. In the Kuru family, there were many members who played a role of duplicity as they played a major role in the killing of Abhimanyu.

Abhimanyu had a partial knowledge about the warfare of Chakravyuha. He knew how to enter the war while he did not know the techniques of exit due to which he was murdered brutally.  He has been quoted as a very brave warrior who willingly gave his life at a very tender age. Abhimanyu is praised for his bravery and responsible behaviour.