About the TempleBrahma temple is situated at Pushkar town of Rajasthan. The town is located close to the banks of sacred Pushkar Lake. The temple is one of the very few existing and most prominent temples dedicated to the Hindu creator-Lord Brahma in India. Although the present temple structure dates to the 14th century, the temple is said to be 2000 years old. The temple is primarily constructed out of marble and stone stabs. It has a distinct red pinnacle and a Swan bird motif. The temple sanctum sanctorum houses the images of Brahma and his second consort Gayatri on a raised platform. 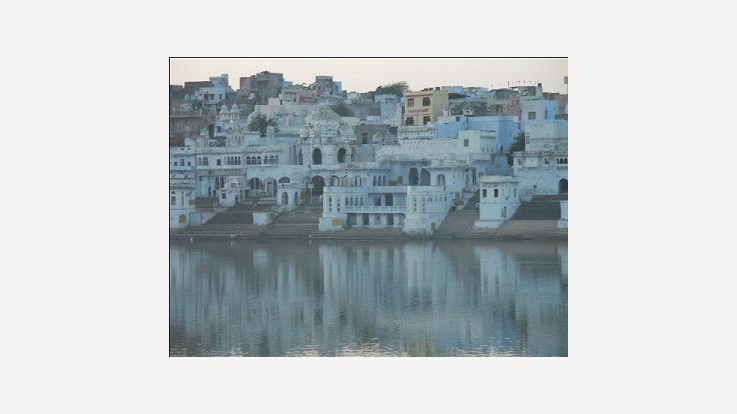 Temple History and Temple ArchitectureThe temple was established during the 14th century. A flight of marble steps leads to the temple. A silver turtle is installed right outside the sanctum sitting with its face towards the sanctum sanctorum. A large number of silver coins can be seen near the floor around the turtle which is donated by the devotees in remembrance of their loved ones.  The inner temple walls are studded with silver coins. 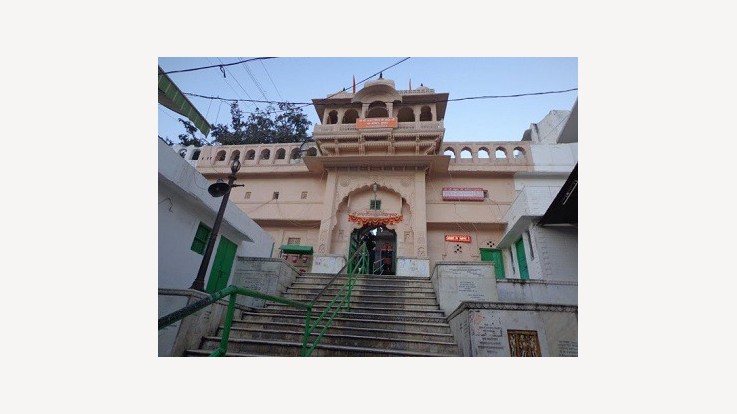 The main shrine houses four headed, a large sized image of Lord Brahma is in a seated position with Goddess Savitri on his right and Gayatri on his left side. Lord Brahma has four hands and four faces, facing towards the four basic directions. An image of Goddess Gayatri can be seen near the idol of Lord Brahma. The inner walls of the temple are decorated with the beautiful portraits of the Peacock and Goddess Saraswati. The temple has a silver door that leads down to a small cave which houses a temple of Lord Shiva.

Inner view of the temple

Temple LegendAccording to a legend, Once Lord Brahma decided to perform a Yagna and to perform the Yagna he needed a place on earth. He came down to earth looking for a place. Suddenly, the lotus flower from his hand fell off and landed in Pushkar. Hence, he chose Pushkar as the venue for the Yagna. "Pushp" means flower while "Kar" means hand. Hence, the place got its name Pushkar. 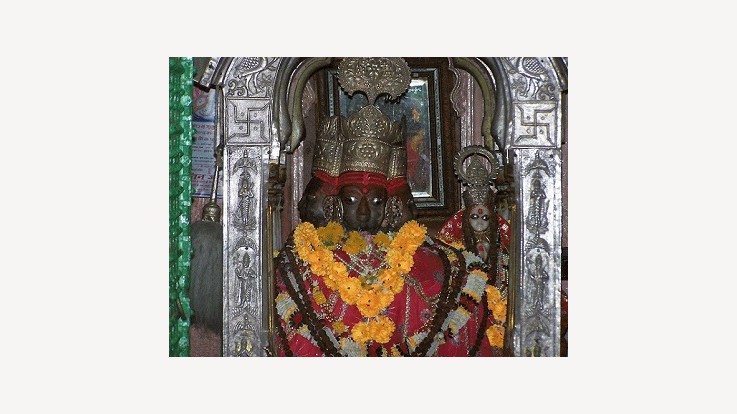 However, his wife Savitri was not present with him at that time. Due to this Lord Brahma married Gayatri who helped him to complete the formalities of Yagna. When Savitri discovered about Brahma’s marriage, she was infuriated. Savitri cursed Lord Brahma that Pushkar would be the only place on the earth where he will be worshipped by his devotees.

Festivals, Pujas, and CelebrationsA festival dedicated to Lord Brahma is held on Kartik Poornima where a large number of pilgrims visits the temple, after taking a holy dip in the sacred Pushkar lake.

Pushkar comes alive with the vibrant Pushkar festival. It is the time which represents the period during which Lord Brahma conducted the Yagna in Pushkar.

By Road: Bus service is available at Marwar bus stand and Ajmer bus stand to access the Brahma temple.

By Train: The nearest railway station is Ajmer junction which is 12 km away.

By Air: The nearest airport is in Jaipur which is 131 km away.