Ganga Dussehra falls on the tenth day of the Shukla Paksha of Jyeshta month. Pleased with King Bhagirath's penance, Mother Ganga descended to earth to purge the cursed souls of Bhagiratha's ancestors on this day. Ganga Dussehra is celebrated to mark the arrival of river Gange on the Earth. Before descending on the Earth, Ganges was residing in the stoup of Lord Brahma. Hence, she has the purity of heaven. After descending on the Earth, the purity of heaven came along with her. Ganga Dussehra is celebrated in commemoration of the day when Goddess Ganga arrived on Earth. Usually, the festival is celebrated a day before the Nirjala Ekadashi. 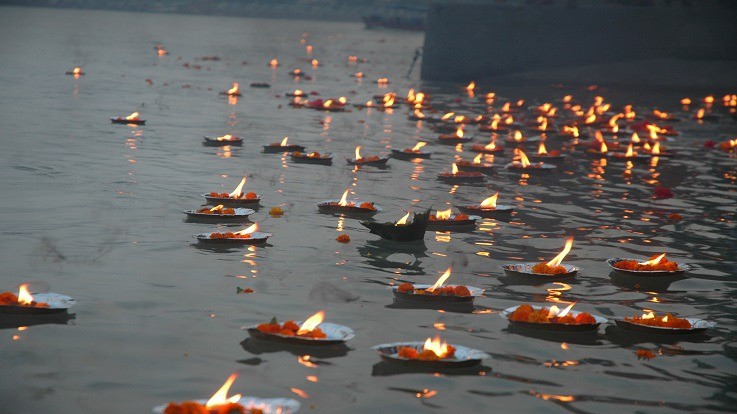 Dussehra stands for the ten auspicious Vedic calculations signifying Ganga's ability to wash ten sins associated with thoughts, speech, and actions. The ten Vedic calculations include Jyeshtha month, Shukla Paksha, Tenth day, Thursday, Hasta Nakshatra, Siddha Yoga, Gar-Anand Yoga and Moon in Virgo and Sun in Tauras. It is believed that if devotees offer prayers on this day, they attain salvation. The day is considered favourable for buying valuables, new vehicles, buying or entering new house. Devotees who recite the Ganga Stotra on this day, while standing in the water of Ganges, gets relieved from all the sins. 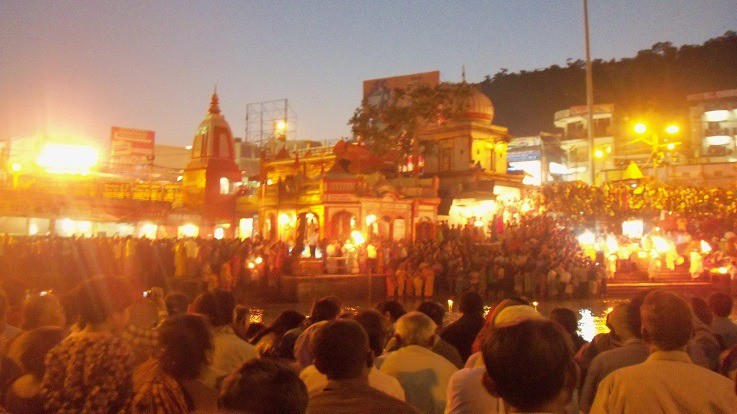 Gang River is not only a holy river but also it is a heart of India. Devotees worship the Ganga River for better fortune.

Thousands of lamps are lit in the flowing water of Ganga to mark the peace and goodness. Haridwar, Prayag, and Varanasi are the most popular for the celebration of Ganga Dussehra. River Ganga holds a significant place in the life and consciousness. It arises at Gangotri, in the snow-clad Himalayas. Cascading down, it flows into the hot plains of Uttar Pradesh, Bihar and meets the Bay of Bengal. River Ganga merges with the river Yamuna and river Saraswati at Allahabad. The confluence of these rivers known as Prayag is one of the most sacred spots on earth. River Ganga was gifted to mankind due to the great Penance of Bhagirath, after whom she is named Bhagirathi. A descendant of the Sagara dynasty, Bhagirath prayed for the Ganga to descend on the earth and bring the life but the torrential waters of the Ganga were a destructive force. Lord Brahma asked Lord Shiva to hold the Ganga into his locks. Hence, Ganga lost her force of flow and became a placid, life-giving river. Ganga is a symbol of purity. 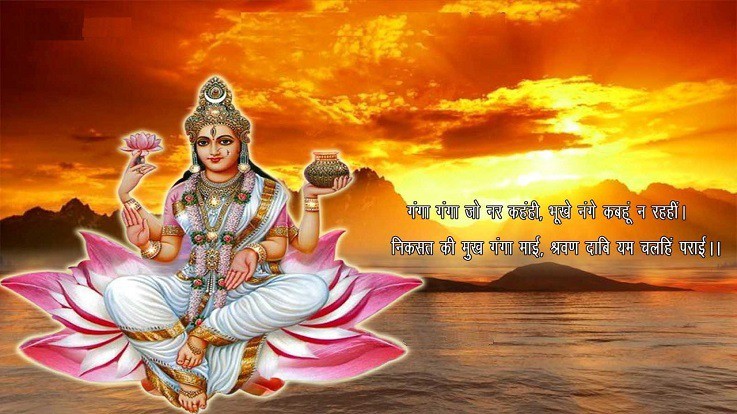 Devotees flock to Rishikesh, Haridwar, Prayag, and Varanasi to meditate, and have a holy bath. Devotees perform Pitru Puja for their ancestors and worship the Ganges by taking the holy dip. On banks of Ganges, Arati is performed at twilight with leaf boats laden with flames, and flowers which are sailed in the river. While worshiping Goddess Ganga, all the articles should be in the count of ten. For example, ten types of flowers, fragrances, lamps, oblations, Betel leaves, and fruits. Donate ten different types of things. While taking a bath in Ganga, you should take ten dips.