About Kolayat Fair: Kolayat town in the Bikaner district of Rajasthan is a religious and ancient centre of pilgrimage. It is believed that the Vedic sage Kapila had left his body under a Peepal tree at this place. Kolayat has marble temples, sandstone pavilions, and 52 ghats or bathing places which are built around a large artificial lake that never goes dry. Sage Kapila is considered as an incarnation of Lord Vishnu. A temple dedicated to sage Kapila is the venue for an annual Kolayat fair which is organized on the Purnima day of the Kartik month. 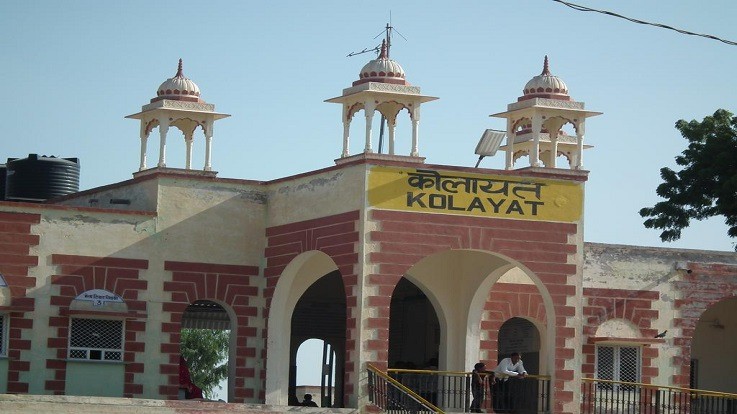 The place where the fair takes place

Glimpses: Thousands of devotees of the Sankhya philosophy gather to take a dip in the holy waters of Kapil Sarovar. It is believed that the lake has the power to wash away the sins. A livestock fair, especially the trading of camels, is part of the festivities. National and international tourists experience a memorable time as the event is celebrated on a large scale. The Kolayat Fair has a great importance for the locals of Bikaner. The fair is also known as ‘Kapil Muni Fair.’ It has a great religious as well as historical significance. Kolayat is also regarded as Kapilayatan which has also found a mention in the holy scriptures of Puranas During the Kolayat Fair all the 52 Ghats are beautifully decorated. Attractive lights render a great look to the ghats. One can witness the various rituals performed by the devotees who offer prayers as well as sweets, milk pudding and sugar drops to the deity. 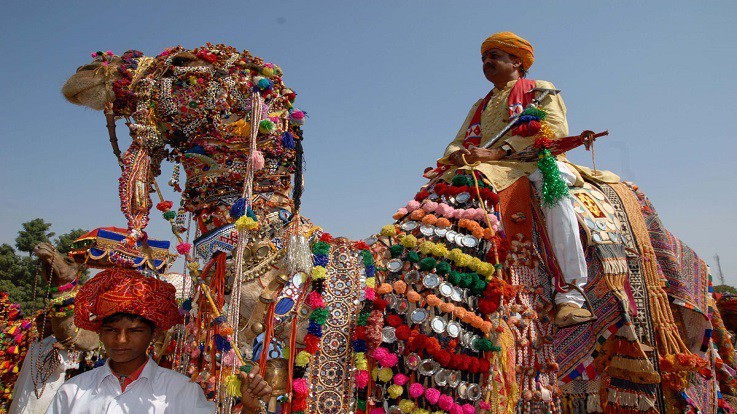 The prominent camel rides at the fair

There are several temples near the lake, and the most famous one is dedicated to the sage Kapil. It is believed that a day spent at Kolayat is equivalent to spending ten years at any revered place. In the evening, Deep Puja is performed where devotees float clay lamps in the sacred lake as part of the ritual. The thousand of clay lamps floating in the lake is just a mesmerizing sight. The evening is beautifully filled with the holy chanting and spiritual rituals that give a magnificent experience to the tourists and visitors. 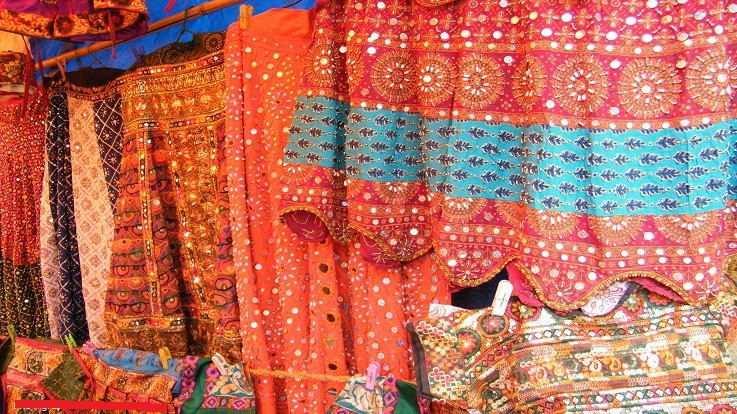 The famous mirror work at sale during the fair

How to Reach: By Air: Jodhpur Airport is the nearest airport which is located around 251 km away from the city. From the airport, board a bus or hire a taxi to reach Bikaner. By Train: Bikaner Junction and Lalgarh Railway Station are the nearest railheads. Kolayat is the very nearby railway station to Kolayat town. Bikaner Jn Railway Station is 45 km away from Kolayat town. By Road: State-owned government buses or private buses are available to and from Bikaner. Kolayat is 51 km away from Bikaner on National Highway 15.