Kalinga, a region that falls in the Indian state of Odisha had once witnessed the bloodiest battles in the history of India under the reign of Emperor Ashoka of Maurya Dynasty. He became a changed man after realizing the hollowness of his Kalinga victory. Upagupta, a Buddhist monk, helped him to enlighten peace. A three-day festival of Kalinga Mahotsav, which is also known as an exclusive festival of Martial Dances has been celebrated annually since 2003 to pay tribute to the Kalinga war. Kalinga Mahotsav was conceptualized by Bhubaneswar-based Italian Odissi dancer Ileana Citaristi. The Mahotsav displays the vibrant traditions of Indian martial art through dance and music to celebrate the victory of peace over war. The festival is organized by Art Vision, in collaboration with Orissa Tourism and Nalco, in the outskirts of Bhubaneswar at Dhauli Shanti Stupa in the month of January-February which attracts Martial artists from all over India. 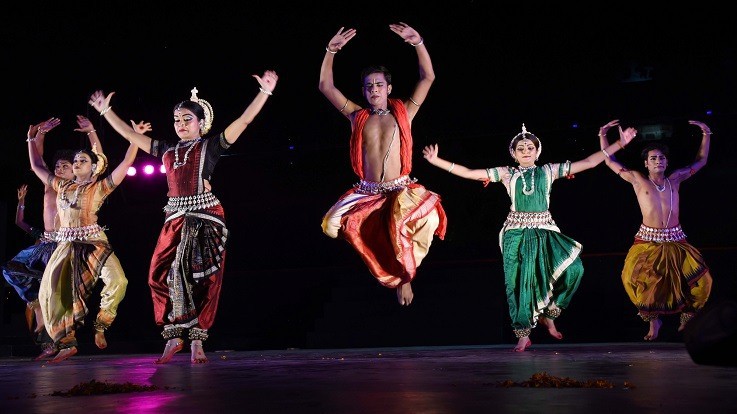 At Kalinga Mahotsav, the artists display a live performance of various art forms of India such as Chhow and Paika from Odisha, Kalaripayattu from Kerela, Raibanshe from West Bengal, Mallkhamb Dance from Puri, and Thang Ta from Manipur. They show their skills with sticks, swords and various acrobatics by concentrating their mind and body. The prime motive of Kalinga Mahotsav is to harmonize the vitality of martial tradition with peace through the art of dance.

Kalinga Mahotsav is organized at the footstep of the Dhauli stupa, the Japanese Buddist Temple situated on the hill, on the outskirts of Bhubaneswar. It is the place where Emperor Ashok had fought the last battle of the great Kalinga before surrendering the sword and embracing Buddhism. The solemn idol of Lord Buddha overlooks the entire stage from the top of the stupa. The peaceful expanse of the countryside populated by paddy fields and cashew plantations provides the tranquil background. Every year Kalinga Mahotsav opens with a modern choreography based on martial art followed by the traditional martial dance forms from various states of India. The martial dances showcase a great chemistry of various martial art postures with graceful dance movements. The martial art forms are developed and practised in India since ancient times. Kalinga Mahotsav is a unique outlet and a great medium to create awareness about different martial art forms among the masses.