Guru Nanak Jayanti is a birthday celebration of the first Sikh guru Guru Nanak. On this auspicious day, Guru Granth Sahib, the Holy Book of Sikhs, is read out continuously. Processions are carried out with singing hymns. The holy book of Granth Sahib is placed on a float decorated with flowers. Guru Nanak Jayanti has religious and historical significance in Sikh religion. The festival falls on the day of Kartik Purnima. 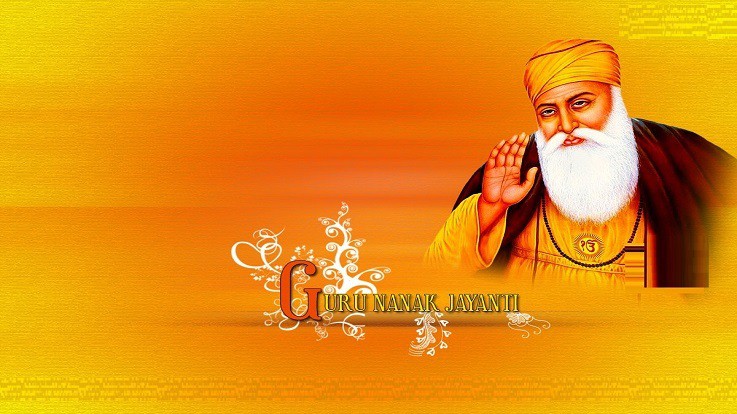 Guru Nanak was the first Sikh Guru. He was born in 1469 A.D to Kshatriya parents. Rai Bhoi di Talwandi, the birthplace of Guru Nanak is now located in Lahore, Pakistan. He was attracted towards spirituality and devotion since childhood. Eventually, he got married and had two sons. Later, he realized the call of truth and left his family life to devote his time for the almighty.

According to the legend, Nanak used to give all his money to the destitute whom he saw in a market. Guru Nanak Jayanti reminds people the value of sharing. His teaching was always for the benefit of human beings irrespective of religion. The pious life of Guru Nanak and inspires many devotees to follow the path of truth, service, spiritual, and devotion. Nanak was a great sage who taught the human kind about the significance of love and peace. He was the preacher of brotherhood. He always urged to believe everything that is logical. His preaching conveyed the message to respect human beings. 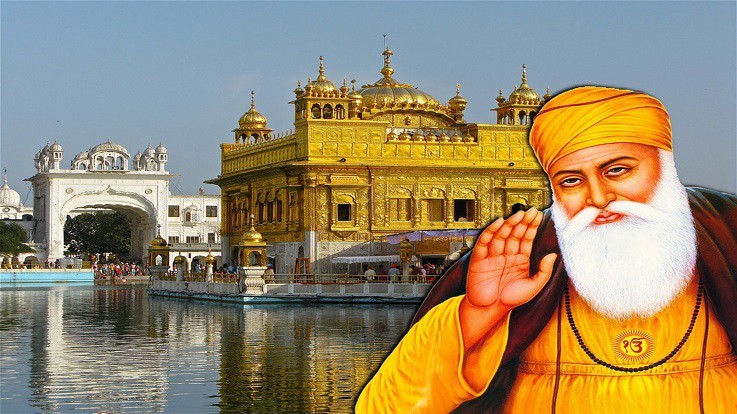 The congregation arranges langar meal on the occasion of Gurparab. Devotees offer their service without the sense of class, caste, and creed. The festival creates a sense of unity in diversity.

The celebrations commence with Prabhat Pheris, an early morning processions that begin at the Gurudwaras and proceed around the localities singing hymns. Two days before Nanak Jayanti, Akhand Path (a forty-eight-hour non-stop reading of the Guru Granth Sahib) is held in the Gurdwaras. The day before the birthday, a procession known as Nagarkirtan is organized which is led by the Panj Pyaras who carry the Sikh flag, Nishan Sahib and the Palki of Guru Granth Sahib. The brass bands play different tunes, and 'Gatka' teams display their swordsmanship through martial arts and traditional weapons.

On the day of the Nanak Jayanti, the celebrations commence early in the morning with the singing of Asa-di-Var (morning hymns) followed by an exposition of the scripture and Kirtan from the Sikh scriptures in praise of the Guru.Later, Langar, a special community lunch is arranged at the Gurudwaras by volunteers. The idea behind organizing a Langer is that everyone, irrespective of caste, class or creed should be offered food. Night Prayer sessions are also held in Gurudwaras which begin around sunset when Rehras or evening prayer is recited, followed by Kirtan. The congregation starts singing Gurbani at 1:20 am at night, which is the time of birth of Guru Nanak.