India as we know is the land of festivals and celebrations. The country has offered a number of flavours and experiences to each one in the country and even visiting it. One of such festival and experiences is Roop Choudas or Kali Choudas. A number of other names such as Soundarya Siddhi Diwas, Naraka Chaturdashi, Choti Diwali and Divili Pandugai also know the festival. Celebrated by different names all over the country the festival makes a strong impact on the cultural roots.

The Story behind celebrating Roop Choudas or Kali Choudas in India.

The festival is celebrated on the 14th day of the month of Karthik. It becomes the second day of the five-day long festival of Diwali. Roop Choudas stands for two words where Roop means beauty and Chaturdashi means the fourteen day of the Kartik month according to the Hindu Lunar Calendar. The festival is also known as Kali Chodas in some parts of the country. According to the legends, it is believed that Goddess Kali killed the powerful demon Raktabiga/ Narakasura on this auspicious day making it known as Kali Choudas. Kali Chaudas is a day to abolish laziness and evil, which create hell in our life and shine light on life.

The Legends behind celebrating Roop or Kali Choudas: 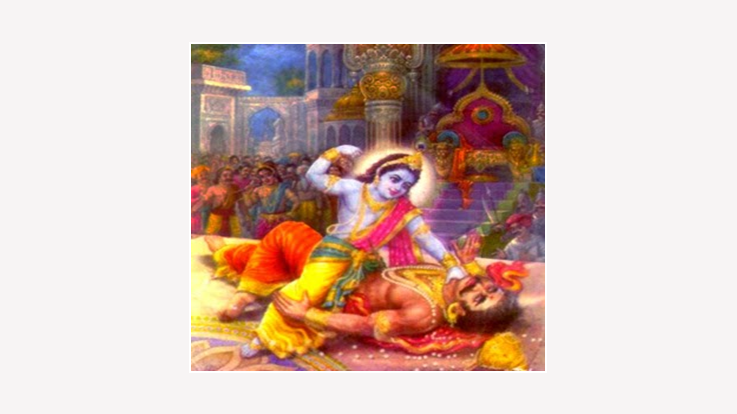 The festival known by different names each name has a different story and legend attached to it. The legends states the story of Satyabhama who was Krishna's wife and Narakasur who was demon king ruling Pragjothishyapur. Lord Brahma blessed the demon king with the advantage that he will only die in the hands of a woman. With the blessing and insatiable thirst for power made Narakasura a cruel king and hated for his disregard for women. For increasing his hold, Narakasura entered into a war with Lord Indra, the king of gods. Defeating Lord Indra, he stole the earring of Aditi, who is also known as the heavenly Mother Goddess.

Aditi was the relative of Satyabhama. Satyabhama got enraged with his deed and went to Lord Krishna to take permission to start a war against Narakasura. Krishna not only agreed but also gave her a chariot. She fought bravely, but after a few days Narakasura aimed at Krishna hurting him, which made Satyabhama furious. She drove all her energy to kill the demon king finally making him a little less aggressive.

Legend of Hanuman on Kali Choudas: 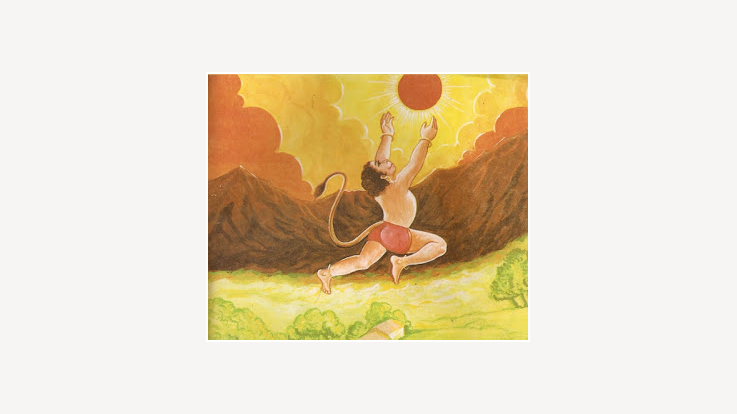 Kali Choudas has its strings attached to the legend of Hanuman. Lord Hanuman as a baby became very hungry. While lying one day, he saw the sun thinking about  it to be a fruit. Lord Hanuman flew towards the sky gulping the sun in his mouth, which caused darkness in the entire universe. Lord Indra requested Hanuman to return the sun. Lord Hanuman refused Lord Indra, which made him angry and Indra unleashed his vajra and knocked Lord Hanuman releasing the sun. On the day, prayers are offered to Lord Hanuman to protect us from the evil. The rituals include doing pooja using flowers, chandan, sindur and oil. Sweets made out of Sesame seed, coconut and rice are given as Prasad.

How is Roop Choudas celebrated? 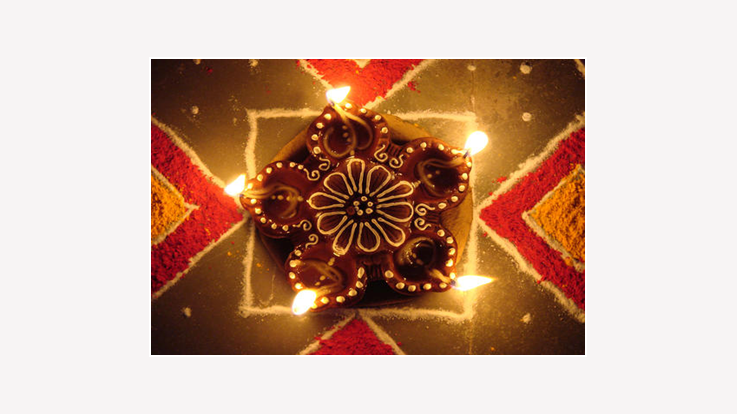 The puja is done using oil, flowers, and sandalwood.  There are a number of rituals followed on Kali Chodas. Starting from preparing semi-cooked rice called poha. On Room Chodas, the use of Kajal and head wash is it invariable to keep away Kali Nazar. Some say that it is auspicious to learn tantra on the day. Some families pray to the Kul Devi and the deceased elders offering food to them.

The men rub perfumed oil to the skin. It is considered auspicious to wear new clothes on the day. The house is decorated with lamps and colourful rangoli. Lamps decorate the evening and loud fireworks are set off in an atmosphere of joyful fun and noise.

On the eve of Roop Chodas, it is considered auspicious to undertake beauty treatments and look beautiful on the day. Most of the women apply henna on Roop Chodas.  Another important ritual to be followed is the Abhyang Snan, which is done during the dusk or dawn by applying ubtan made out of herbs, flowers and til elements.The Goddess Kali is worshipped during the muhrat.  The Goddess Kali is offered vermillion, turmeric powder, Camphor, betel nuts and coconut. The Goddess Kali is worshipped by lighting a lamp and offering all the above things and meditating.