Every religion has its rules and notions. The idiosyncratic theories of time and cosmology make Hinduism unique. Time is considered as the cycle of creation and destruction. As per Hindu Dharma time is endless and divided into four yugas which follow one after another. As per Hinduism, the time is divided into 4 Yugas like a cycle consisting of 4 laps, Satya Yuga --- 4*432000 years, Treta Yuga --- 3*432000 years, Dvapara Yuga -- 2*432000 years and Kali Yuga --- 432000 years. The ages see a gradual decline of dharma, wisdom, knowledge, intellectual capability, emotional and physical strength.

Satya Yuga, also known as Satyug or Kṛta Yuga is the first of the four Yugas. Often referred as the Golden Age, Satya Yuga is considered as the purest era.

During Satya-Yuga humanity was governed by gods, and every manifestation or work was close to the purest ideal and humanity would allow intrinsic goodness to rule supreme.

The goddess Dharma depicted as a cow symbolizes morality who stood on all four legs during the period. Later in the Treta Yuga, it would become three, followed by two in the Dwapar Yuga. In Kali Yug, it stands on one leg.

Knowledge, meditation, and peace were the prime faces of Satya Yuga.

The human was free from all the illusions.

The Lord was known by the names of Dharma, Amala, Yogesvara, Paramatma, and Avyakta. 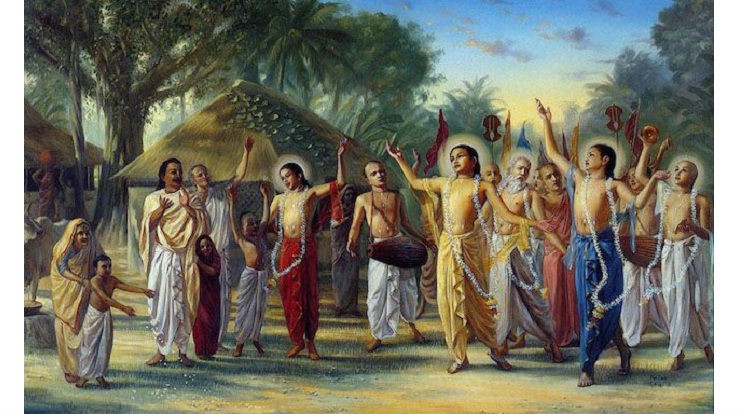 In Satya Yuga, every requirement was obtained by the power of will. The chief virtue was the abandonment of worldly desires. The Satya Yuga was without ailments. There was no hatred, vanity, evil thought, sorrow, and fear. All human being could attain to supreme blessedness.

The people of Satya-yuga were self-satisfied, merciful, friendly to all, peaceful, sober and tolerant. They take their pleasure from within, see all things equally and endeavor diligently for spiritual perfection. They would worship the Supreme Personality by austere meditation as well as by internal and external sense control.

In Satya-yuga the Lord was white and four-armed, has matted locks and wore a garment of tree bark. He carried a black deerskin, a sacred thread, prayer beads, the rod, and water-pot. In Satya-yuga the Lord is glorified by the names Haṁsa, Suparṇa, Vaikuṇṭha, Dharma, Yogeśvara, Amala, Īśvara, Puruṣa, Avyakta, and Paramātmā.

All the pillars of Dharma were present in totality. During Satya Yuga, people engaged only in good, sublime deeds. In Satya Yuga, Lord Vishnu incarnated in four forms, i.e., Matsya, Kurma, Varaha, and Narasimha. The only credible text followed was Manu’s Dharma Shastra. The average life expectancy of a human being in Satya Yuga was approximately 4000 years.

A complete establishment of Sanatan Dharma (eternal religion) can be witnessed during the Satya Yuga. The child was not ruined when the father or mother expired. All the deities, demons, Gandharvas, Yaksha would give up their hatred and differences. The era was devoid of agricultural activities or rather any activity. No one would point out faults in anyone’s personality.

All the people that are Brahmins, Kshatriyas, Vaishyas, and Shudras were embellished with all the positive qualities. People would practice austerities and penance. Everything would be inclined towards the supreme knowledge and all actions performed would be with the intention of attaining celestial bliss.