Khajuraho, the name itself gives an idea about magnificent craftsmanship and extraordinary architectural built up. The entire temple complex was discovered long back by a Britisher T S Burt, a surveyor by profession and as expected got the popularity not only for its grand Chandela art style stone carvings but also for the dash of eroticism that are carved out of hillocks.

Located in Chatarpur district of Madhya Pradesh, the temple complex is spread over approximately 6 square kilometres and has almost 22 major surviving temples out of the 85 temples that were built in the late 900 AD.

These monuments were built keeping in mind both faiths of Hinduism and Jainism like in many other medieval sites in India. These aspects of culture also suggest the tolerance level during those days and the acceptance of diverse religious belief. 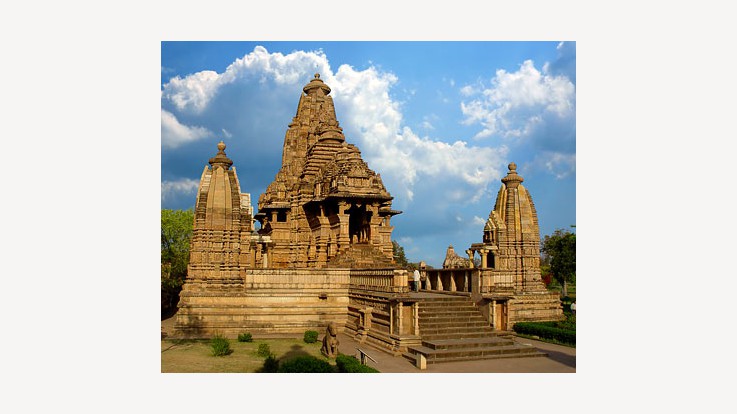 These structures were built during the reigns of the Chandela Rajput dynasty. The grandiose of these monuments survived numerous attacks from North but ultimately most of these 85 structures were destroyed during Sikandar Lodi’s raid in 1495. Whatever remaining temples could survive these raids were only because of the remoteness and inaccessibility. Over the period the vegetation and overgrowth made it even more difficult for the Muslim marauders to destroy these magnificent structures.

These temple structures are located within the mountain range of Vindhya in Central India. The cluster of temples is located near Sib Sagar, Khudra nadi (river), and Ninora tal (pond). There are about approximately 60 water bodies in all. The center of these temple complex regions is Khajuraho. The typical feature of these temples is that they all face east except one temple Chaturbhuj which faces west. 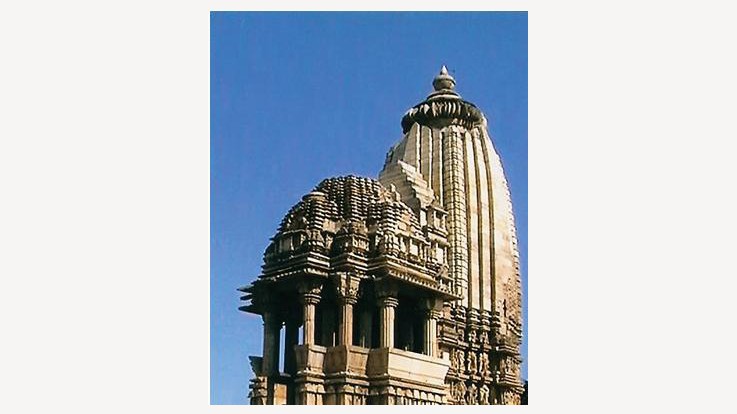 The entire temple complex is based around the different sects of Hinduism, the followers of Shiva, and the followers of Vishnu along with the Sun God and Ganesha. A few of the surviving temples are dedicated to Jain tirthankars.

The entire complex is laid out in a triangular pattern which converges into a pentagonal shape. These patterns are relevant to the Hindu belief of the three realms of life cycle and the five matters that surround us. This complex also highlights the cosmic cycle of life and rebirth, destruction and recycle, and evolution along with termination.

The temple carvings cover everything that revolves around life, including human values, way of life and eroticism. Khajuraho is more famous for its explicit sexual themes which are not as prominent as it is made out to be but is part of several other forms of art display. The art displays and covers themes mostly on moksha, dharma, karma and artha. These are the four learning goals of Hinduism and invariably the temples cover mostly these as it has been in Konark temple in Odisha as well.

Khajuraho temples follow a particular grid layout which covers three important aspects, the mandala or circle around us, purusha or universal essence and vastu which deals mainly with the dwelling place. The architecture definitely showcases and reflects the arrangement and structural forms of Hindu faith. 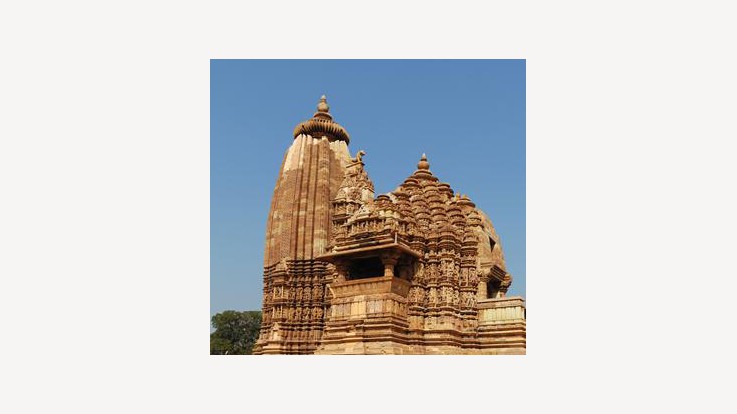 These temples are built with sandstone and granite with grove joints and taking gravity as one major factor for holding these stones in place. The structural pieces are exquisitely carved and with much precision so that no single piece comes apart. The highlight of these structures is that no mortar has been used at all. The structures are made out of megaliths and the sheer size of these makes us wonder of the architectural finesse these people had.

How to reach Khajuraho

The temple city of Khajuraho has both railway and air link with Delhi, Mumbai and Agra as well as by National Highway 75.

There are four major trains passing by Khajuraho and halts at Khajuraho railway station. These are mainly from Delhi and Uttar Pradesh. A few of the trains are Sampark Kranti from Delhi, Bundelkhand express, Jhansi Khajuraho express, and Udaipur express to name a few. The city also has town airport served from Delhi, Mumbai and Agra.

The town could also be reached by road from Satna, Jhansi, Delhi, Kanpur and Gwalior etc and has several options of AC cabs, deluxe and semi deluxe busses also available. Trained guides along with cabs options are also available for visitors. Once one reaches the town motorbikes, bicycles and pattern rickshaws could be / leased hired as well to stroll around the city. 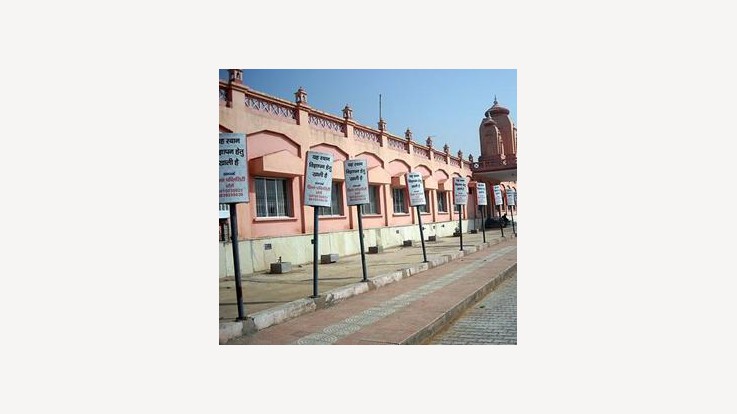 The best time to travel to Khajuraho would definitely be February to early April. The weather is very hot during summer (reaches up-to 47 degrees) and excellent to severe cold during winter (4 degrees).

Where to stay in Khajuraho

Being one of the most popular UNESCO world culture sites the town boasts of several luxury hotels and resorts. Radisson group hotel, Resort Clarks and The Lalith Forehead view are few of the luxury hotels one could always find accommodation in. Apart from these there are numerous resorts and budget hotels as well to serve all kinds of travellers.

The food available mainly consists of northern delicacies along with the local specialities like sabudana khichdi and bafla. Local brews like mahua arrack and date palm toddy are also available for connoisseurs to taste in.