The Adhar Devi temple is located among beautiful caves on the mountains of Aravalli hills. The temple is located at much height but still is worth visiting as the sight from the temple gives many breathtaking views that will linger in your memory always.The Adhar Dev temple is also known as Arbuda Devi temple. It is the most popular tourist destination in Mount Abu as it is considered one of the Shaktipeeth but it is not included in the list of 51 Shaktipeeth. 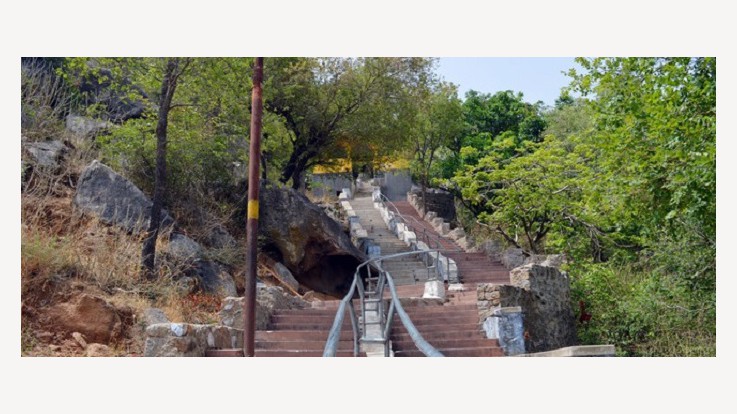 According to the legend, Sati was the first wife of Lord Shiva and form of Shakti. She had married the Lord Shiva despite of her father’s disapproval. The Sati’s father, Daksha did not like the Lord Shiva as he had slaughtered one of the five heads of the Lord Brahma who was father of Daksha. Once there was a huge yajna held by Daksha. All the devas were invited except Sati and Shiva. But being the daughter of Daksha, Sati was determined to go even when her husband resisted her to attend that yajna without invitation. On reaching at the yajna, Daksha not only insulted Sati but also her husband Lord Shiva. On hearing such venomous words of insult against her husband, Sati got hurt deeply and sacrificed herself in the sacred fire of the yajna. On hearing the death news of Sati, Lord Shiva got too much angry and killed Daksha in form of Birbhadra. Then carrying the corpse of Sati in grief, Lord Shiva started his disastrous dance form called Tandav which was destroying the universe. The devas pleaded the Lord Vishnu to save the universe from the anger of Lord Shiva. Then, Lord Vishnu chopped off the corpse of Devi Sati inorder to stop Lord Shiva from the destruction. The Sahktipeeths are believed to be the places where the sacred pieces of the corpse of Sati fell. 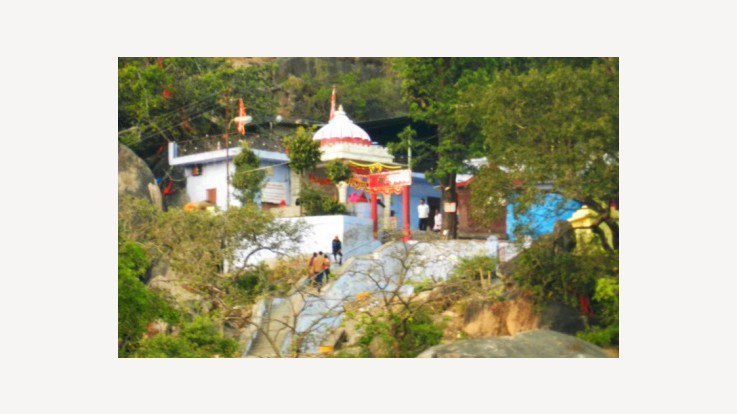 There are different numbers of Shaktipeeths according to the Hindu mythology. Different holy books mention different numbers of Shaktipeeths like 51, 52, 26 and 108. But worldwide only 51 out of them are considered. The Adhar Devi Temple is said to be having the Adhar meaning the half body part of Sati. People believe that still you can see the image of goddess half hanging in the mid air.

Another legend says that once there was a snake named “Arbud” brought Nandivardhan to the hill and he had a boon from the Lords that all the 33 crores of devas will reside in it. Hence, the place is called “Arbuda Devi” and it is believed that you can have the blessings of all the devas here in one place.

One has to reach the temple by climbing 365 steps. But the efforts are worth as you can see the whole city from its top. And have the picturesque view of the forest as well the city together. The whole temple is carved beautifully from rocks and the shrine is said to be residing inside one huge cave carvings. It is one of the most beautiful cave temples in India. 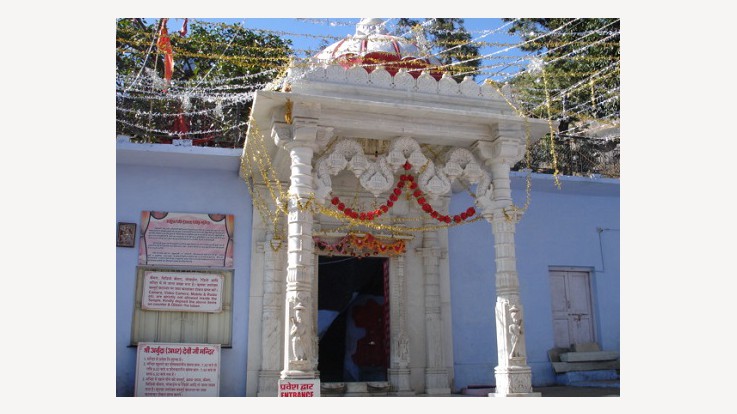 By Air: Maharana Pratap Udaipur Airport, is nearest at distance of 207 Km from Mount Abu.

By Rail: Nearest Major Railway Station is Abu Road which is approximately 29 km away. It is well connected    with mumbai, Ahmedabad, Ajmer and Jaipur.

By Road: Regular buses and taxis are available from all main cities of Rajasthan.

The temple is open for devotees from 5.00am to 8pm. Daily Aarti’s in the morning, evening and night takes place.

Mount Abu is a very famous hill station in Rajasthan. There are many dharamshalas, hotels available at very reasonable cost. Visitor or devotee can find all types of food through out Abu.

The temple celebrates the Navratri as its main festival and believe me it would give you combination of nature and spirituality experience.

Tags: Temples Stories
Related for you