Dedicated to Lord Shiva, Aisanyesvara Siva Temple is located at the city of Bhubaneswar in Odisha. The temple is in the precinct of Sriram Nagar, Old Town, Bhubaneswar. It stands close to the western compound wall of Lingaraj temple. This is an ancient temple where the main shrine is facing towards east. The enshrined deity is a Shiva Lingam within a circular basement. 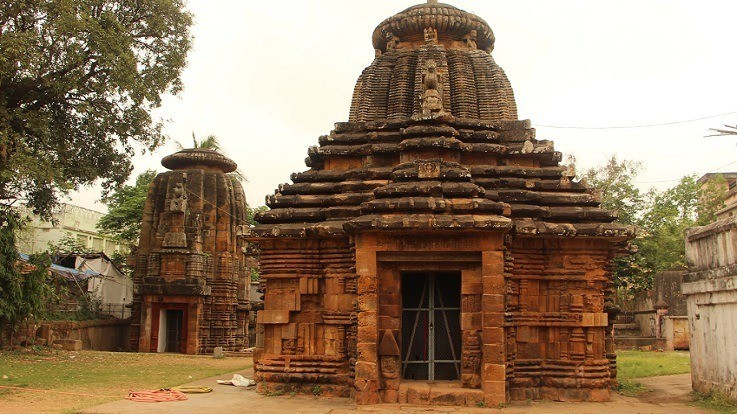 Aisanyesvara Siva temple history dates back to 13 century. Several architectural features like seven chariots reveal that the temple was built during the 13th century AD. Other architectural features suggest that it was built by Gangas. The temple architecture resembles the Kalinga pattern. The entire edifice has been constructed using gray sand stone. Tala Jangha is adorned with Khakhara Mundi whereas Upara Jangha is decorated with Pidha Mundi. The three moulded pista is adorned with series of Khakhara Mundi. The main portion of the temple has series of Khakhara Mundis in succession, lotus design in Anuraha Paga and bhumi amlas in the Kanika Pagas. Two udyota lions can be seen in the gandi of Raha Paga. In the frontal wall , miniature rekha angasikhara can be observed at the base of the Gandi. The door frames are adorned with three vertical bands of puspa sakha, patra sakha and lata sakha from outside to inside. The base of the doorframes has Khakhara Mundis on either side. An idol of Lalatabimba Gajalaxmi is seen seated in Lalitasana. Right above the doorframe a panel depicting Nava Graha can be seen with each Graha in a niche. The Sun god holds a lotus in his hands. Ketu, the serpent god is seen in the form of serpent tail and holds a bow in his left arm and a shield in the right arm. The temple is maintained by Bhubaneswar Municipal Corporation. 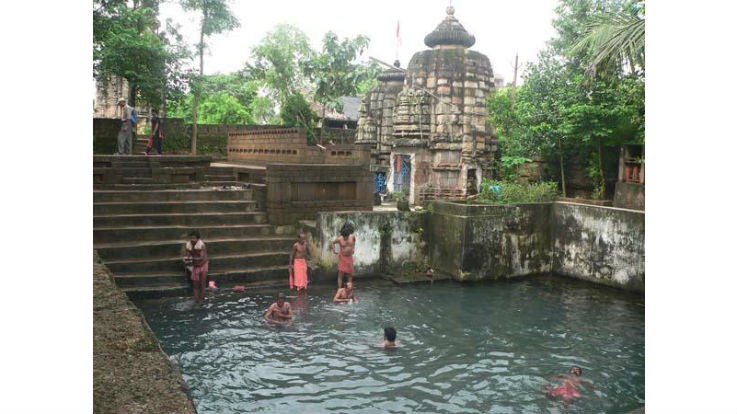 Every day, rituals such as Jalabhiseka and Rudrabhiseka are performed. The festivals of Maha Shivratri, Sankranthi and Diwali are observed with great zeal. The festival deity of Lord Lingaraja is brought to this temple after the 6th day of Maha Shivaratri.

By Air: The nearest airport is Biju Patnaik Airport which is about 3 km away from Bhubaneswar.

By Road: Bhubaneshwar is well-connected by motorable roads with all the major towns of Odisha.

By Train: Bhubaneswar Railway Station is situated in the center of the city.