Akhadachandi Temple was built during the 10th-century. It is located at Khorda district of Bhubaneswar in Odisha. The temple is situated towards the southwestern direction of Bindusagar tank in Badu Sahi. Akhadachandi temple is surrounded by Markandesvara temple, Bindusagar tank, and Mohini temple. The presiding deity of the temple is Goddess Chandi who is believed to be an incarnation of Goddess Durga. The temple is facing towards south while the temple idol is facing towards the east. At present, the temple is taken care by Bhubaneswar Municipal Corporation. The temple was renovated by the Odisha State Archaeology. The temple houses an idol of Goddess Chandi who is worshiped here as Mahisasur-Mardini. She is the Goddess of victory who defeats all the evil and demons. 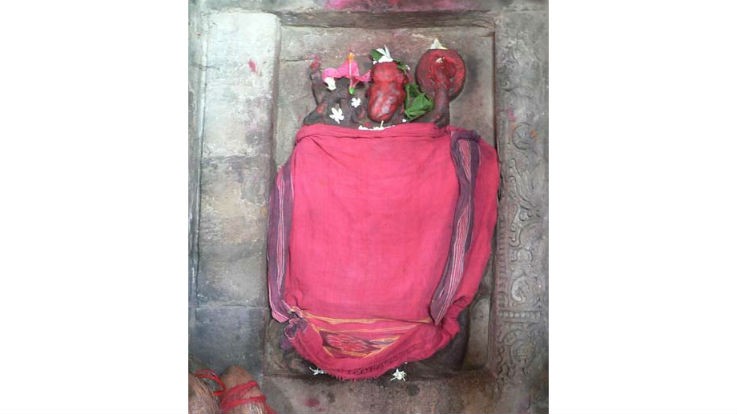 The temple architecture resembles the Kalingan style which was built by using coarse-grained sand stone. Akhadachandi temple displays several common Kalinga architecture features which are seen in the temples of Odisha. The temple was built during the medieval period. The main temple is a Khakhara Deul which is a rectangular edifice. On the elevation, the temple tower stands 42.94 m tall from bottom to the top which is consist of a semi circular roof comprising of tiers and a sacred golden vase on the top of the temple tower which is flanked by two Gajakranta on the either side. The main part of the temple is the temple tower which houses the sanctum sanctorum. The sanctum has an idol of Goddess Mahisasura Mardini and is placed facing towards the east. Apart from the main entrance, the temple has another two gateways towards eastern and northern sides. The door-frame is decorated with two plaster designs. The temple walls are devoid of any attractive decorations or beautification or carvings. The temple is well organized and well-planned edifice which makes quite easier for devotees to access the temple. 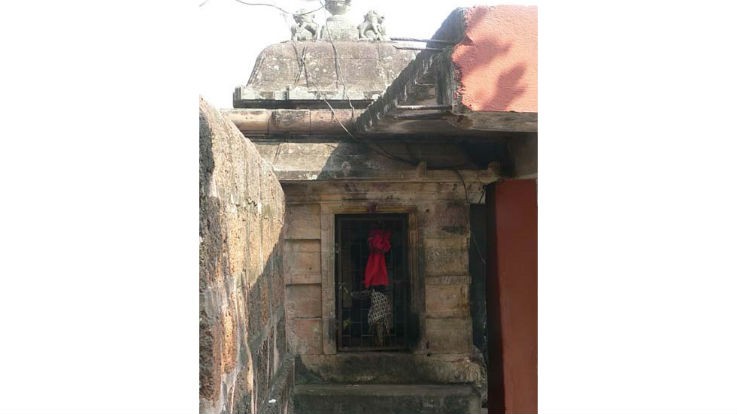 Apart from daily puja and rituals, various religious sacraments like Navratri, Durgastami, Diwali, and Balabhoga are performed in the temple. Durga puja is celebrated over the ten days. The devotees offer various shringar articles such as vermillion, bangles, mirror, kajal, earrings.

By Air: Biju Patnaik airport is the closest airport to temple.

By Train: Nearby railway station is Bhubaneswar.

By Road: The temple is situated around Bindusagar tank in the north, Mohini temple in the south and Akhadachandi temple in the west. Buses and taxis are available from Bhubaneswar Bus depot to access the temple.