Alopi Devi Mandir is situated at Alopibagh in Allahabad, Uttar Pradesh. The temple stands near the holy Sangam where the rivers Ganga, Yamuna and Sarasvati meet. It is a unique as there is no statue or idol of any deity installed in the temple. A Wooden Jhula or 'Doli' is worshipped in this temple.

It is believed that the fingers of the hands of Goddess Sati dropped at this site. Alopi Temple is considered as a one of the Ashta Das Shaktipeetah. This concept is more popular in South India which was propagated by the Ashtadasa Shaktipeetaha Stotra of Adi Shankara. At the Alopi Temple, Goddess Alopi Devi is worshiped as a Wooden Doli which is placed atop on marble stone.

This is the only temple without any idol or symbol to worship. Devotees imagine the presence of Goddess on a Wooden Jhula and worship her. 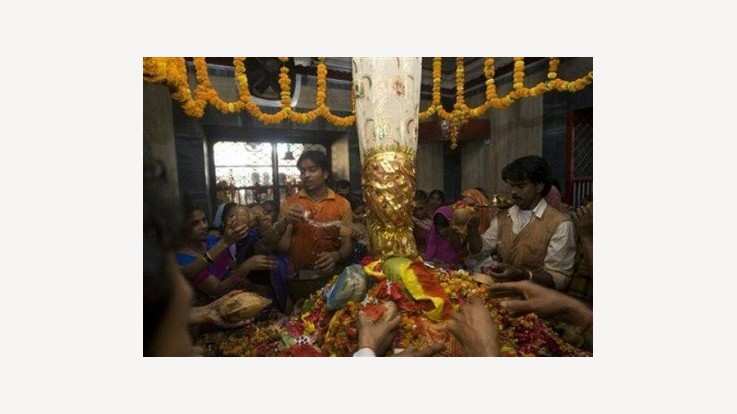 There are two stories about how this temple got the name Alopi.

The term ‘Alopi’ translates to one who disappeared. After Sati immolation and Yagna destruction, the mentally disturbed Lord Shiva lifted Sati’s body and performed Tandav. To calm him down, Lord Vishnu cut Sati’s body parts using Sudarshana Chakra. The fingers of the hands of Goddess Sati dropped here. Allahabad is the place where last part of Sati’s body fell to the ground and disappeared. Hence, the temple was named Alopi. 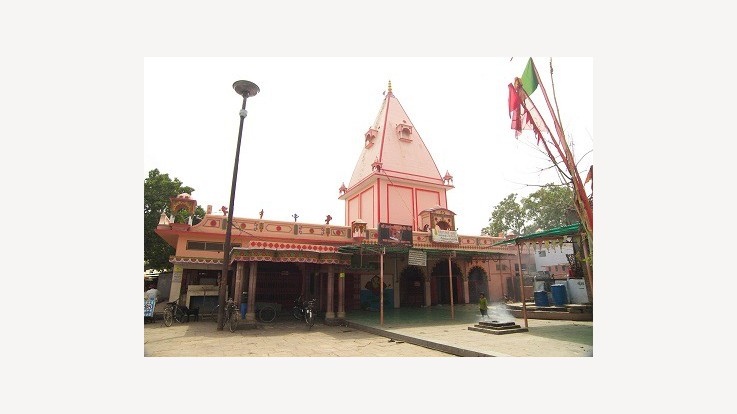 Another local version dates back to the time when the entire region was a dense forest infested with dacoits. Once, a marriage procession was passing through this forest. Deep into the jungle, the procession was surrounded by robbers. After killing all the people and looting the wealth, they turned to the 'doli' of the bride. When they unveiled the doli, they found no one inside. The bride had disappeared. Later, a temple came up at the site of incident and locals started worshiping the bride as "Alopi Devi" or the 'virgin goddess who had disappeared'.

Festivals and CelebrationsFestivals such as Maha Shivrati, Chaitri Navratri, Ashwin Navratri, Dussehra, Durga puja and Deepavali are celebrated in a grand manner.

By Train: The nearest railway station is Allahabad Junction.