This is an extremely ancient temple of Adbhar Ashtbhuji is located in the hills of Vindhyachal, at Janjhir-Champa district of Chhattisgarh. The temple is consecrated to Goddess Durga who is believed to have eight arms. The temple attracts thousands of devotees across the country. The Adbhar Ashtbhuji temple follows the unique traditional rituals and religious customs. It is one of the Shakti Peethas of Goddess Durga with a rare, huge idol of eight armed Goddess or Ashtabhuji. 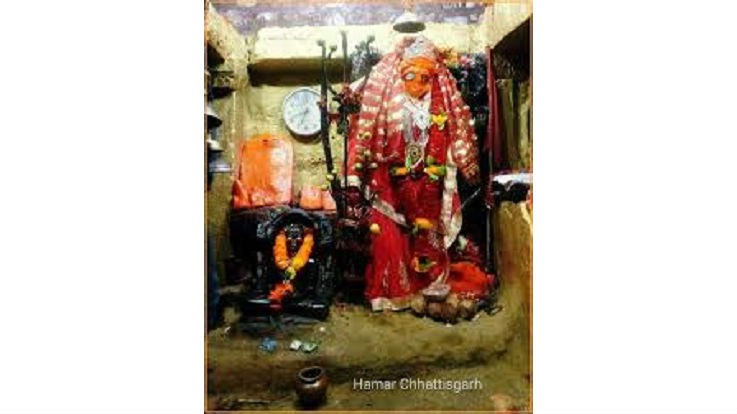 The Adbhar Ashtbhuji temple is one of the most religious and revered temples of Chhattisgarh. The temple is known for its divine sanctity and stringent religious rituals according to the Hindu customs. The temple is situated amidst the Janjgir-Champa district. The tall and over imposing temple is very popular among the pilgrims and devotees due to its religious significance. Adbhar Ashtbhuji temple is managed by a committee which looks after the administration of the shrine. The local people of Chhattisgarh have deep faith in the power of Goddess Durga. The temple is also popular for its splendid, giant architecture and its intricately carved designs.

According to a legend, Goddess Ashtabhuji was the daughter of Yashoda, who was a foster mother of Lord Krishna. She miraculously escaped from the Kansa, who wanted to kill her. After that, she made Vindhyachal her abode.

By Air: The nearest airport to Ashtabhuji temple is Raipur airport which is located at a distance of 200 km.

By Train: The nearest railway heads are Naila, Kharsiya, Sakti and Champa.

By Road: The temple stands 10 km away from National Highway 200. It is well-connected with the all major towns and cities of Chhattisgarh by road.